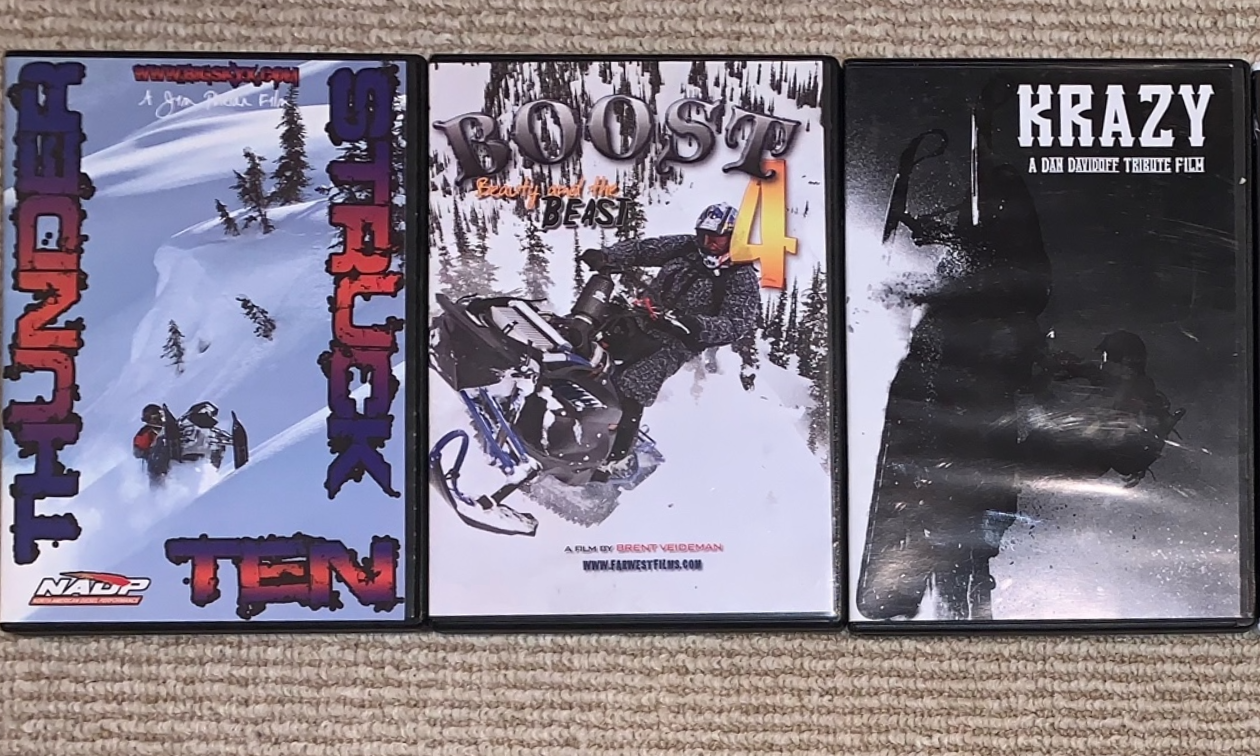 Thunderstruck and Boost are several of the most popular sledding movie series ever made. Photo courtesy Sheldon Kelly

Snowmobile movies have been capturing the attention and imagination of sledheads for decades. Watching the most talented sledders in the world take to the air with wicked jumps behind a thumping soundtrack has proven to be a winning formula for filmmakers and viewers alike. Still, like all forms of art, there’s a fine line between fantastic and forgettable. To find out which shredding sled films are truly the best, we turn to Sheldon Kelly, snowmobiling filmmaker, Ski-Doo North America’s Top Snowmobiler finalist, and member of the Cranbrook Snowmobile Club.

“There have been so many great snowmobile movies created—I think I have almost every single snowmobile DVD out there,” said Kelly.

Here are Kelly’s picks for the top snowmobile flicks ever made:

Thunderstruck 7 is amazing because of the legendary climbs of Randy Swenson up the super chute. This is the biggest chute climb ever done—in my opinion—and I know many others would agree. Still to this day, no one has been able to make it up again, including Randy, who failed and wrecked back in Thunderstruck 13.

The Boost series was filmed and produced by a Revy local, Brent AKA “Veedy.” These are primarily Canadian riders sponsored by Canadian companies. Some of the biggest chutes in Revelstoke were featured in this film and the baddest sleds were in these movies.

This is a Thunderstruck tribute to the Krazy Canadian Dan Davidoff. This man was a legend to the sport. It was a very sad day when we lost this icon in the snowmobile industry. It was so cool to see all the top segments from Thunderstruck in this movie.

I can feel the fun factor they had making these movies back then with the summer vibes of watercross races, the wicked climbing on turbo Yamahas to some of the best music ever used in snowmobile films. Boondocking and jumping were featured in these movies.

509 Evolution is my all time favourite sled movie. It has lots of those old school mod sleds before the turbos came out. The 509 films have the old school PSI triples and big bore twin mod sleds, before all the turbo Yamaha stuff came out. We’re going back to turbo M1000 days with these movies.

I’m pretty handy around a computer, as I film and edit the snowmobile movie series Winter Nutz. I have done a lot for my local snowmobile community with my filming. I held annual movie premieres and donated my ticket proceeds to local charities. The original reason I started filming was to create a snowmobile movie that had people in it that could never get the chance to see themselves in a movie. It led to such joy when someone would see themselves in a new sledding movie at the premieres.