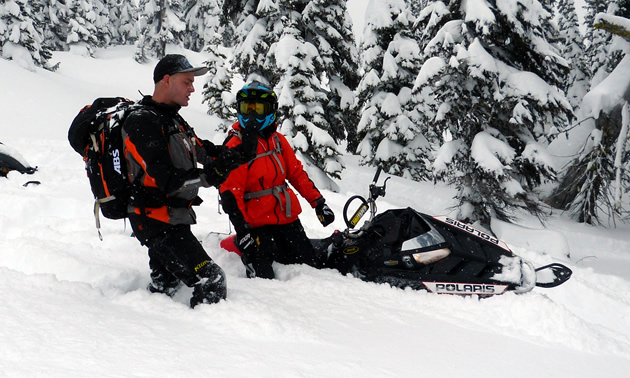 Andy Weir helps Kirsten Armleder understand the geometry of the sled and how to use proper body position and technique to navigate downhill sidehills. Monte Smith photo

Riding clinics—are they worth it? Yes. And I’ll tell you why.

Mountain sleds don’t come with a how-to-ride manual. It’s get on and learn, usually by trial and error. Of course, some people are just naturally talented, picking it up fairly quickly, but for the vast majority, it’s a struggle just to learn how to get the sled on edge. And that’s basic. Then comes sidehilling, downhill U-turns and other manoeuvres that are fun and necessary for navigating backcountry terrain.

There’s nothing quite like it, but backcountry sledding is a sport that leaves many (even those with previous snowmobile experience) with feelings of frustration.

That’s my story. I grew up riding sleds, in the mountains no less. Back then, however, they were more like snowplows than purpose-built machines, so when rider-forward chassis evolved, I had to start from square one. It wasn’t easy and there were days I felt like quitting.

Fortunately, I kept with it and now I’m a fairly confident rider with an intermediate skill level. Looking back, it would have been much better for me to save the frustration and learn from success rather than failure.

The owner of Weir Boondocking offers beginner to advanced riding clinics out of Fernie, B.C. Now in his 10th season of operation, Weir stays busy from December to the end of May. Having tried to connect for awhile, it wasn’t until January 2018 that we were able to set a date that worked for both of our busy schedules.

As the name of his business implies, Weir is a highly technical rider who, even on his days off, spends the majority of his ride time in the trees—and that’s exactly where he took us.

Testing our skills to see where we were at, Weir then dissected our riding style, taking us back to the basics. Turns out, my riding position was way off whack, which meant I was using too much of my body weight to muscle the sled around. Once corrected, and with a few other trade secrets, I found myself sidehilling with greater ease and less fatigue. 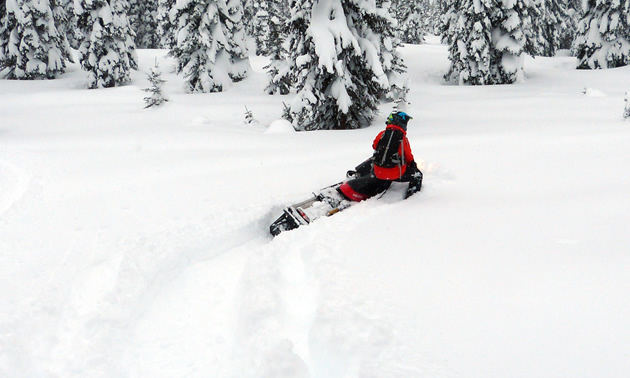 When he could see that my confidence level was building, Weir took us deeper and steeper into the trees. Here, he tested not only my skill level but my mental game as well. Understanding that women learn differently than men, Weir broke each step down, set me up for success, then critiqued.

With at least a foot of fresh powder, there were bound to be some stucks. This was good since it gave Andy a chance to show us some techniques that save time and energy. A very calculated rider, Weir is all about slowing down to prepare for and think about line choices so that he can execute with success.

Early afternoon, we settled in for some lunch, which, to our surprise, was rib steak sandwiches, cooked to perfection over a fire. Does it get any better? 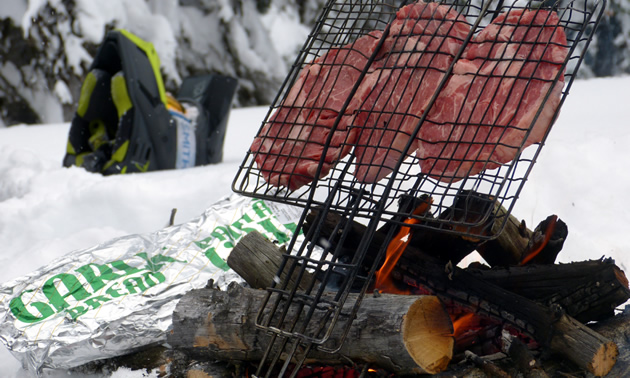 Between bites, Weir spoke about wilderness survival, avalanche safety and the joy of seeing people improve their riding skills. He’s a passionate ambassador of the sport and the brands he represents, but at the same time, exhibits a no-BS approach to it all.

He operates Weir Boondocking with his wife, Shantelle, who wasn’t able to join us due to a shoulder injury—which was unfortunate since she, too, is considered a solid rider and instructor.

Most of their clients, explained Weir, are from Saskatchewan, and return every year to further develop their skills.

Sounds like a good idea. One of the joys of backcountry sledding is that you never stop learning. It does take practice, though, and with busy work schedules, it’s not always desirable spending the one day you have to ride working on say, your sidehilling technique—especially if your current riding style is making you struggle or work harder than you should be. 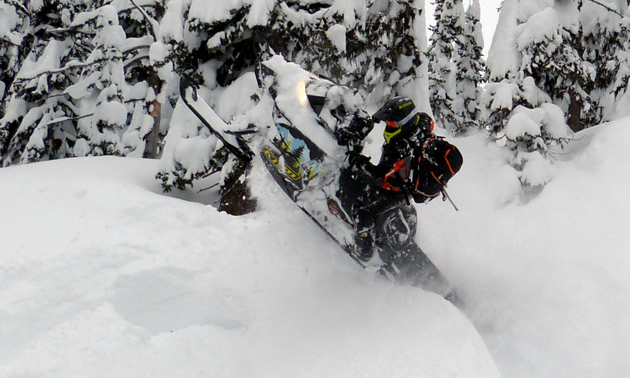 That’s why taking a clinic from someone who logs over 100 professional riding days a year is so worth it. Not only is it the fastest way to become a better rider, but a clinic also teaches you proper riding etiquette, backcountry survival and safe travel habits.

At the end of the day, my husband and I both felt charged with a renewed enthusiasm for riding. Heading back to the truck, we had only one unanswered question: Why the hell didn’t we do this six years ago!? 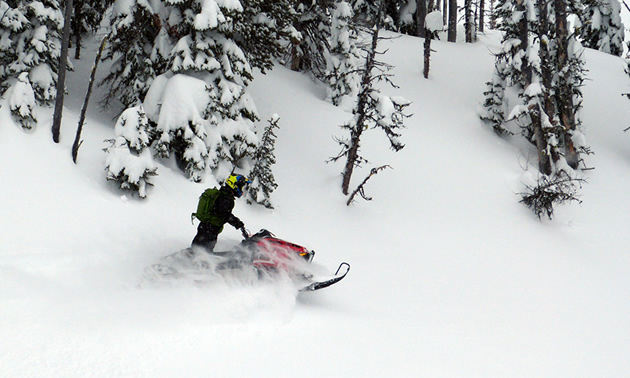 Although the primary focus was on improving my riding, my husband, Monte Smith, said he learned just as much as I did. Kirsten Armleder photo 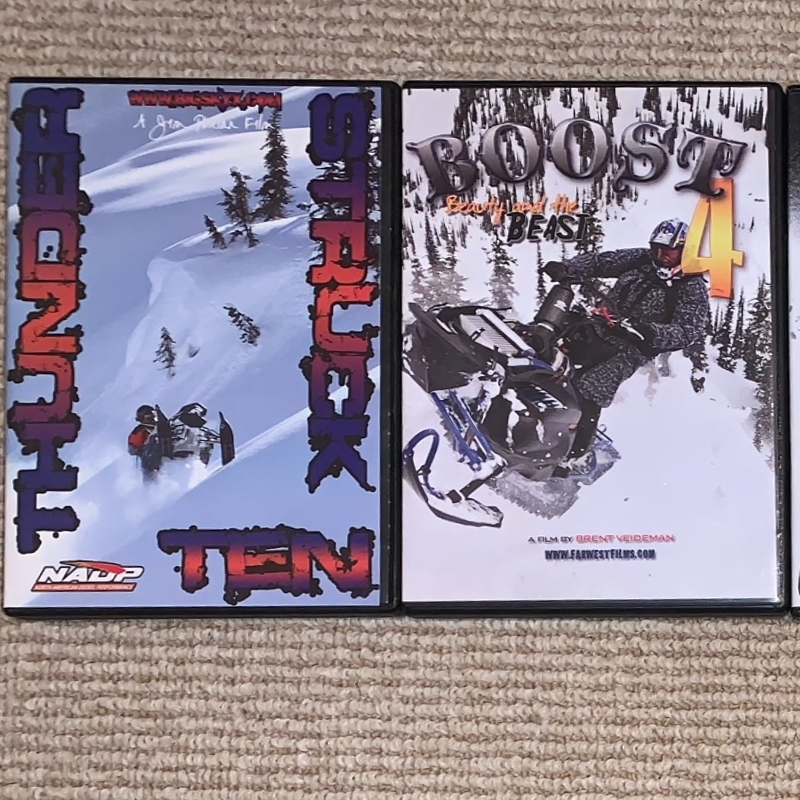 Ride On! The latest and greatest snowmobile videos you’ll want to watch