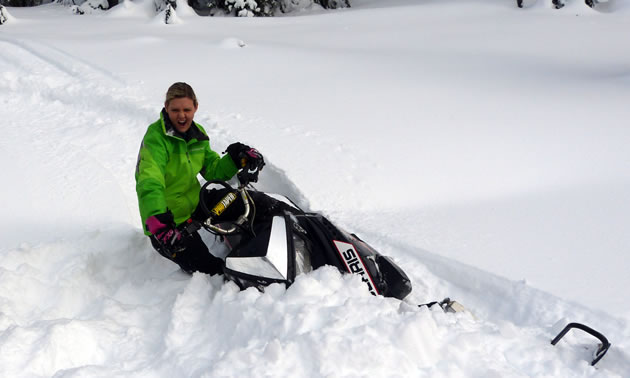 Behind the bars, I am super rad (nope, still a nerd). Monte Smith photo

A 30-something-year-old strolls into his (or her) local snowmobile dealership, drops a charge card on the counter and says, “Do you have anything bigger than a 174? Put a turbo on it as well.”

The very next day, he rips into the parking lot, shiny new sled perched atop a jacked up, recently financed, smoke-puking diesel. Howling at his buddies to hurry up, he jumps out in full FXR Racing gear.

Half an hour later, they’re all at the trailhead while he’s still unboxing a Hero 5 GoPro. No need to be hasty, though, for these buddies shall consider themselves lucky to be riding with the next star of 509 Films.

Stop. Right. There. Let’s get something straight: sleds are way rad, but having one doesn’t mean you are. Unfortunately, we all know “that guy.” In fact, it’s my belief that he lives deep down in each and every one of us.

Horsepower is heavy on the rad factor

Snowmobiles, sleds, snowmachines—whatever you call them—are empowering. I know I feel 10 times cooler behind the bars than I do in everyday life. I also secretly imagine as I’m riding on one ski through the parking lot that everyone is coveting my mad skills. When I hit the trail, I gun it, nearly flying off, but oh yeah, they’re looking at me like I’m the next Chris Burandt.

News flash—you’re just like everyone else. Maybe even less than average. And that’s OK. For some reason, we all want to stand out in the crowd. Admired even. Talked about in hushed and reverent tones.

Maybe you are an outstanding rider, worthy of being featured in the latest sled flick. Don’t brag about it—let your skills do the talking. Your buddies will appreciate you and invite you to ride with them more if you stay humble. 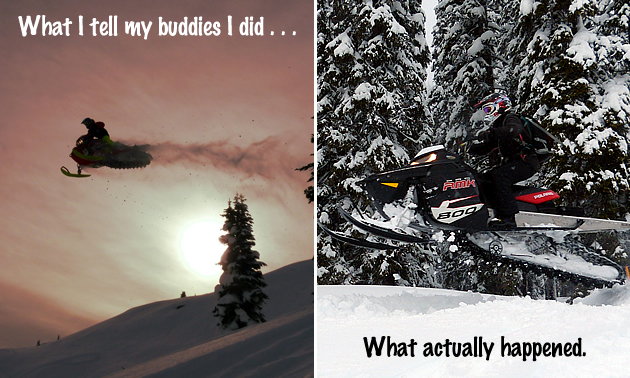 Want a truly humbling experience? Spend some time with a top-notch athlete—and I mean the real Slim Shady, not the “Professional Backcountry Athletes” on Facebook who think getting some free gear and slapping a Motorfist sticker on their sled makes them a pro. (Note: The English Oxford Dictionary defines professional as a person who is “engaged in a specified activity as one’s main paid occupation rather than as an amateur.”) 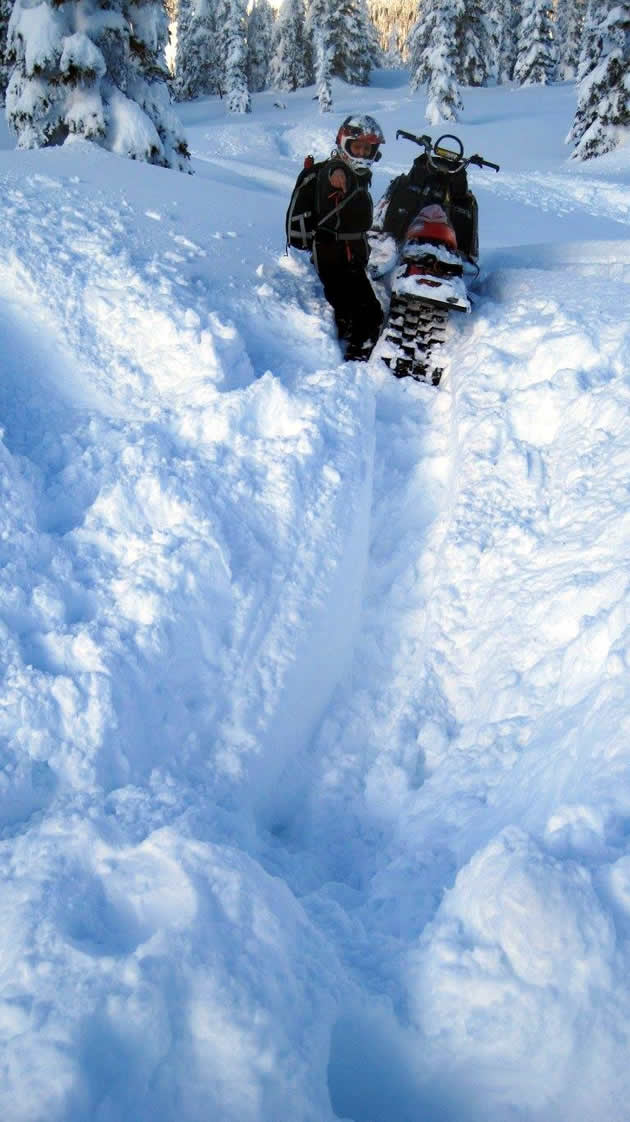 A few choice words might have flown had the author not wiggled herself out of this stuck. Alex Ibbotson photo

As a staff writer for SnoRiders, I’ve been able to ride with (read: get unstuck by) some very talented riders. For sure there are some legit pros who think they are way cooler than they actually are, but generally speaking, the bigger the name of the rider and the sicker their skills are, the more humble they tend to be. Why is that? Do they have less to prove? Or maybe it was somewhere along the line, as they got fewer likes on social media, they discovered that ego is ugly.

It is also my belief that sledding brings out the best and the worst in a person. Ride with someone for a day and you’ll learn a lot about his or her character. On the flip side, if you’re into personal development, backcountry sledding is a great way to discover what personality traits you need to work on.

If, for example, your day of sledding turns into one long YouTube compilation of epic fails and massive stucks, you might see a need for anger management (I’m already signed up). Do your videos also need to be dubbed over with music? #nofilter? Go (beep) yourself, Instagram.

I used to (still do) fear pulling into a parking lot or staging area. Why? Because it feels a lot like walking into a party that you weren’t invited to. And I’m a sledder! These are my people. Can you imagine how the outside world might perceive our culture?

And what’s with the “no talking rule?” Our truck doors can pretty much be touching, but we dare not turn around and say a friendly “hi” to the next guy over. Far too risky be it, for any contact with another rider could lead to our coolness being transferred to them. And then where’d we be?

Hopefully, back on planet Earth where you simply cannot buy cool. It sounds cliché but at the end of the day, it’s not what or how you ride that matters, it’s who you ride with. So be the person that others want to ride with, not the guy who gets left behind to nurse his inflated ego on a pow-filled Saturday. 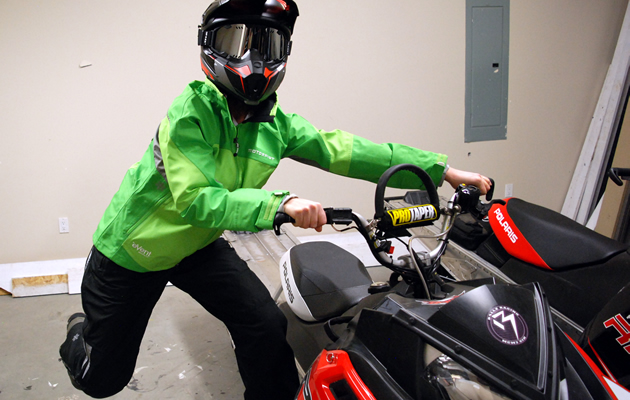