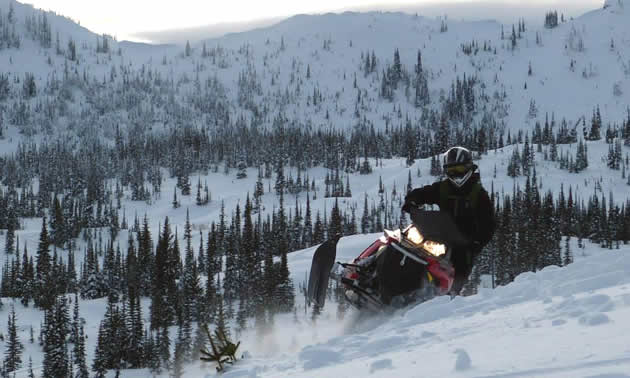 Snowmobiling has been a popular winter activity in Canada ever since Joseph-Armand Bombardier invented the first snowmobile in 1922. Kirsten Armleder photo

In the past six months, we have learned about Sweden, Finland, Norway, Japan and the U.S.A, and now we finally get to talk about our favourite snowmobiling country: Canada. That means we are only days away from the World Snowmobile Invasion in Whitecourt, Alberta.

But first, let’s talk about Canada and what snowmobiling means to this country.

Snowmobiling, sledding or snowmachining (as they say way up North) has been a staple to many Canadians ever since Joseph-Armand Bombardier of Quebec invented the first snowmobile in 1922—and let’s face it, winters here would probably be unbearable if he didn’t.

Since then, snowmobiling has grown in leaps and bounds, becoming more than just a sport but a way of life. It has also become a valuable contributor to the Canadian economy. According to the International Snowmobile Manufacturers Association, Canada rakes in a total of $8 million in snowmobile-related revenue annually. That’s money spent on equipment, gear, hotels, fuel and food.

Snowmobiling also creates jobs for Canadians. Think of all the people working at your local sled shop or the workers at the Ski-Doo manufacturing plant and corporate headquarters in Valcourt, Quebec.

Snowmobilers also raise a lot of money for charities, according to the Canadian Council of Snowmobile Organizations (CCSO).

The CCSO is the umbrella group for 13 provincial sledding organizations, and underneath them are approximately 735 member clubs. That’s not counting all the vintage sled groups and racing leagues across Canada.

Although snowmobile racing isn’t as widespread in Canada as it is in the U.S., we still have a number of circuits that run throughout the season: the Canadian Snowcross Racing Association, the Canadian Power Toboggan Championships, the Straightline Snowmobile Racing Associate, to name a few. Canada is also home to Cain’s Quest, hailed as the world’s toughest and longest snowmobile endurance race.

So you see, snowmobiling is a pretty big deal in Canada. More importantly, though, it’s the sport we all love. And for whatever reason you ride—the scenery, the freedom or the social aspect of it—you are part of a country-wide brotherhood (and sisterhood) of sled junkies who like nothing more than a good snow day.

Braaap it up with the rest of us at the World Snowmobile Invasion in Whitecourt on February 11 to 15, 2015! For tickets, see the website.