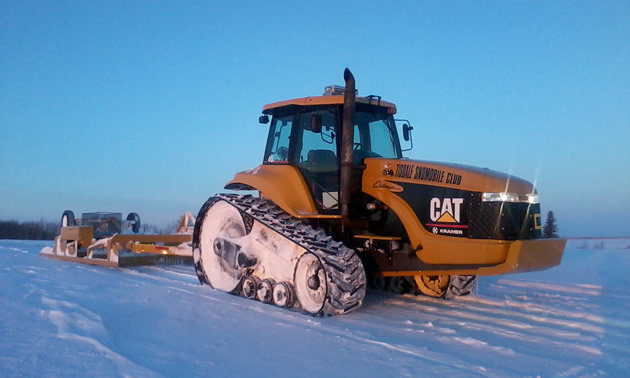 Pick a crisp, sunny winter day and you’ll fall in love with the landscape around Tisdale, Saskatchewan. Flat or gently undulating, it sparkles in the sunshine, just begging to be toured by warmly bundled snowmobilers laden with winter picnic supplies and a spirit of fun.

There are two creeks that have to be crossed on Trail 225B, via low-level crossings. There are rocks in place to make a crossing, with the creek running through them, and caution is needed in these areas.

Should the weather be less than perfect or turn gloomy or snowy while you’re out, have no fear—stakes with reflective markers are positioned every ⅟₁₀ of a kilometre along the groomed trails, and these markers will be visible even if the trail itself becomes lost in blowing snow.

“It’s easy to get disoriented in the open fields, especially if the weather turns bad,” Beck said. “The trails give you the safest way to get to different locations.”

Beck said that the Tisdale club's trails connect with other networks in Saskatchewan and into Manitoba.

“You can use any snowmobile trail in Saskatchewan and Manitoba as long as you have a valid licence on your snowmobile,” he said. “You don’t have to be a member of any club to use the trails. Saskatchewan Government Insurance turns a large portion of the licence money collected back to the SSA, which then divides it among the qualifying clubs.”

Tisdale’s motels, restaurants and gas stations are happy to accommodate sledders. Snowmobilers may ride their licensed machines right from their home or other accommodation to the trails, but are asked to avoid driving along the town’s main street.

A&W and Robin’s Donuts in Tisdale can provide sledders with fast and convenient breakfasts. Gus’ Greek Ribs Family Restaurant, the Great Wall and Mr. Ribs are favourite places for sledders to enjoy a meal and share their stories. 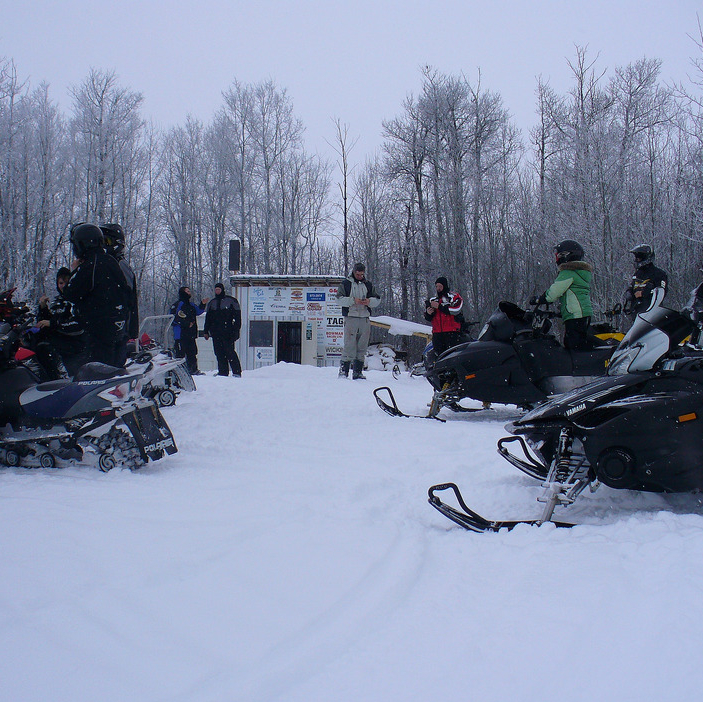 Tisdale, SK Trip planner: What you need to know before snowmobiling in Tisdale

Trail maps, top snowmobile trails, club contacts and other useful information you can use before planning a snowmobile trip to Tisdale, Saskatchewan. 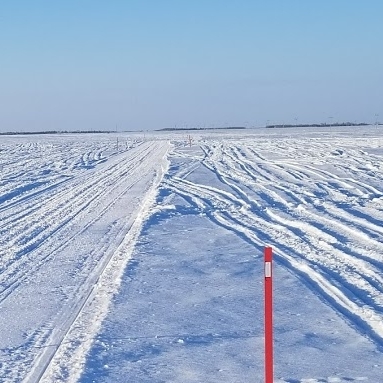 We chatted with the president of the Tisdale Snowmobile Club about one of his most memorable rides. 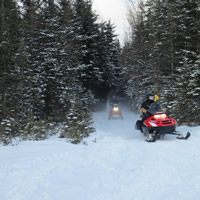 Tisdale, SK So much to explore in Northeast Saskatchewan