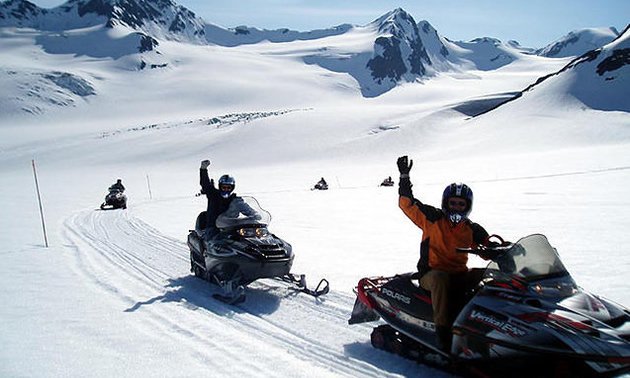 The environmental group Wilderness Watch is urging the public to oppose snowmobiling and ATV’ing the Wrangell St. Elias National Park in Alaska.

They have issued a statement saying, “The National Park Service (NPS) is soliciting public comments on actions proposed for a backcountry and wilderness stewardship plan for the Wrangell St. Elias National Park and Preserve."

Wrangell St. Elias National Park and Preserve (WRST) is the United States' largest national park (13.176 million acres) and its designated wilderness (9.078 million acres) is the largest in the National Wilderness Preservation System. It is renowned for its mountain scenery, including nine of the 16 highest peaks on the continent and the nation’s largest active glacier complex. The Park includes coastal areas as well, and supports a wide diversity of wildlife, including sea lions, harbor seals, sea otters, porpoises, whales, one of the largest concentrations of Dall sheep in North America, grizzly and black bears, mountain goats, caribou, moose, trumpeter swans, other waterfowl, golden and bald eagles, and red, silver, and king salmon.

The organization claims that, “While large size is very important for preservation of wilderness qualities, the Wrangell-St. Elias National Park and Preserve has been damaged by all-terrain vehicle and snowmobile use, recreation abuse, and inappropriate commercial and scientific activities since the park was established in 1980. Even more troubling, the measures proposed by the National Parks Service in their Backcountry and Wilderness Stewardship Plan for Wrangell-St. Elias National Park and Preserve do not adequately address these problems or several others.”

Wilderness Watch concludes by saying, “If any place should be free of these impacts of modern civilization it should be Wrangell-St. Elias.”

Snowmobilers and ATV riders are urged to submit their comments. Deadline for comments is July 31, 2016.

Submit comments online or via email to: [email protected]