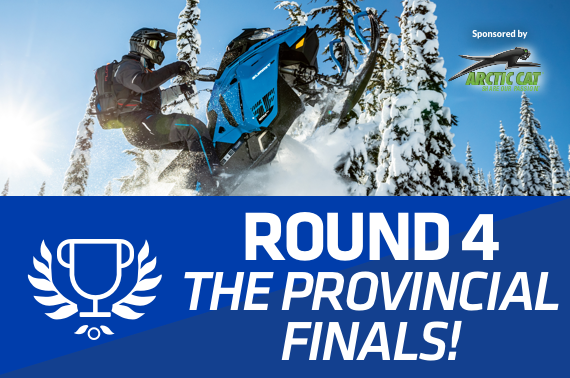 Round 3 of the 2020 SledTown ShowDown has wrapped up, which means that the provincial finals are upon us. Like in season 4 of Game of Thrones, Round 4 is an all-out trial by combat—at least figuratively anyway. Now is not the time to get cocky like Oberyn Martell, lest your SledTown get crushed by The Mountain. Vote every day to give your favourite destination the best shot to be proclaimed the provincial champion of SledTown ShowDown!

Here are a few of the highlights from Round 3:

Despite valiant efforts by Valemount and Blue River, the last two SledTown ShowDown winners—McBride in 2018 and Tumbler Ridge last year—proved too much to handle. McBride (1,873 votes) held off Valemount (1,551) in a tight contest. Tumbler Ridge (1,554) edged out Blue River (1,359) in a close finish. This sets up a heavyweight matchup between two juggernauts in McBride and Tumbler Ridge. Whoever emerges from the pow will be a strong contender to win the whole shebang again. There were over 6,000 votes cast for B.C. destinations in Round 3—more than double the amount registered in Round 2.

Edson has been tearing through the competition in Alberta, consistently logging the most votes in the province in the first three rounds. In round 3, Edson’s (1,300 votes) latest victim was Whitecourt (794). Fox Creek (821) cruised by Crowsnest Pass (503) with similar ease. It’ll take one heck of a rallying cry for Fox Creek to take down the provincial favourite, Edson. Are they up to the challenge of claiming provincial dominance? There were over 3,000 votes in Alberta during Round 3.

Yorkton (217 votes), Saskatchewan’s only SledTown ShowDown champion (back in 2016), was dismantled by Hudson Bay (510). Archerwill (286) put up a bit more of a fight against Carrot River/Arborfield (408) but to no avail. During the first three rounds of the competition, Hudson Bay has garnered 1,036 votes while Carrot River/Arborfield has tallied 840. This should be a competitive provincial finals that likely won’t be decided until the final day of Round 4. There were only 1,421 votes cast in Round 3, fewer than any round of any province in this year’s SledTown ShowDown.

The closest decision thus far of SnoRiders’ 2020 SledTown ShowDown came courtesy of Thompson’s narrow victory over The Pas. Thompson (1,512 votes) picked up the win over The Pas (1,492) on the strength of a mere 20 votes! You’ve heard that every vote counts, and that certainly was the case here. On the other side of the bracket, Flin Flon (2,274) sledded by Snow Lake (1,291) comfortably to take their place in the provincial finals. Through three rounds, Flin Flon has accumulated 4,045 votes, by far the most of any SledTown in the contest. It’ll take a Herculean effort to take them out. Can Thompson ride its momentum to an improbable upset? There were over 6,500 votes cast in Manitoba during Round 3, the most for any province.

The polls are open and it’s time to cast your votes for Round 4 in the 6th annual SledTown ShowDown. You can head over to the main contest page or vote by provincial bracket once a day until the current round closes:

Remember you can vote every day, so rally the troops and give your snowmobile riding destination your support. Voting ends at 11:59 p.m. on Sunday, February 2 for Round 4. 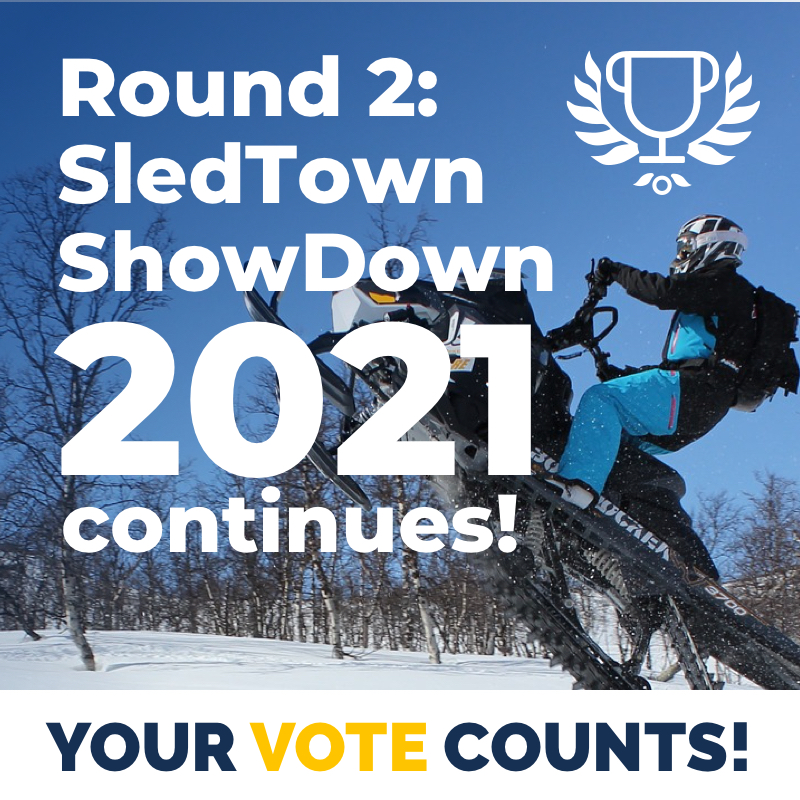 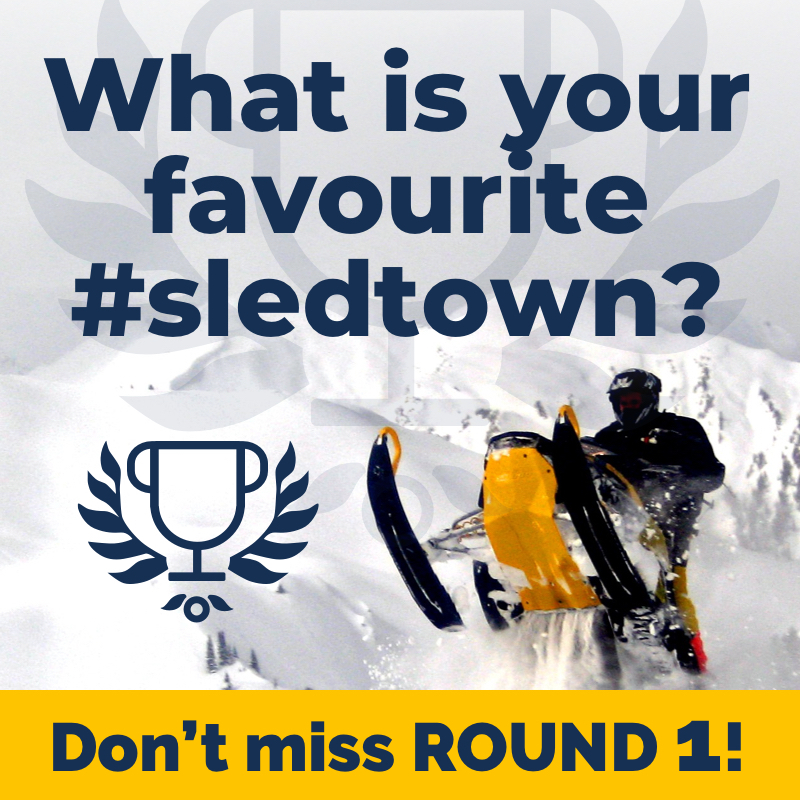 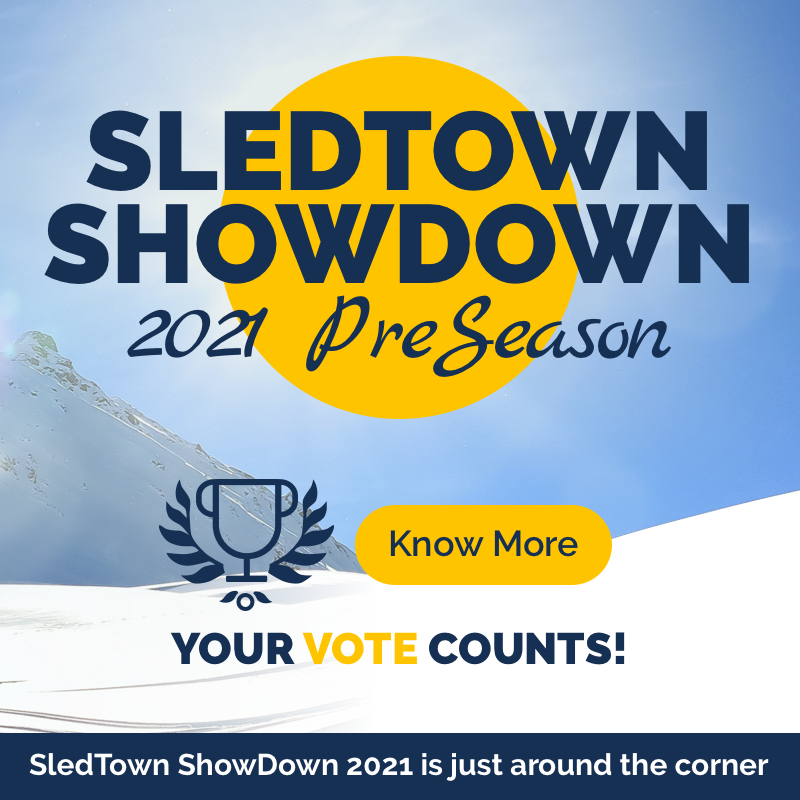