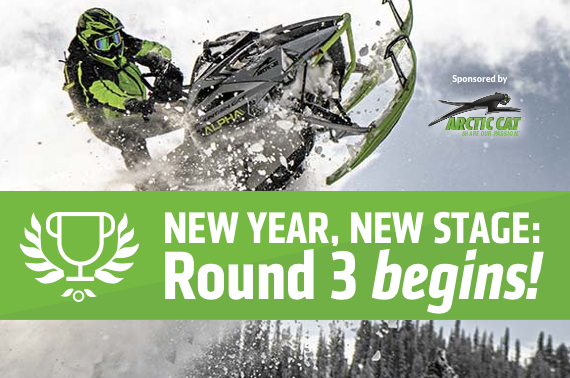 Ladies and gentlemen, Flin Flon is your frontrunner to win SnoRiders’ 2020 SledTown ShowDown. The Manitoba destination received over 1,000 votes in Round 2.

Round 2 of the 2020 SledTown ShowDown has wrapped up, which means that the provincial semi-finals are upon us. Could your favourite snowmobiling destination be cut down out of nowhere in Round 3 like Robb Stark during the “Red Wedding” in season 3 of Game of Thrones? Stay tuned!

We experienced a technical issue during Round 2 that prevented votes from being cast on our website for a few days. We apologize for the inconvenience this caused for those trying to vote for their favourite SledTowns during that time. Fortunately, the issue has been resolved and the voting period for Round 2 lasted an extra week so there were still opportunities to get votes submitted.

Here are a few of the highlights from Round 2:

A couple of British Columbia’s heavyweights fell to the wayside during the last round. Revelstoke (246 votes) was broken by Blue River (308) and 2017 SledTown champ Sicamous (326) received a thorough beating from 2018 SledTown winner McBride (765). As expected, Valemount and last year’s winner, Tumbler Ridge, made it through their brackets without a problem. There were over 3,000 votes cast for B.C. destinations during Round 2.

Once again, Edson racked up by far the most votes for all SledTowns in Alberta, tallying 612 votes. There weren’t any close races in Alberta for Round 2. Edson, Whitecourt, Crowsnest Pass and Fox Creek all moved into Round 3 of the competition with ease. There were just under 2,000 votes cast for Alberta destinations during Round 2. Alberta is the only province in the competition that has yet to produce a winner. If this is going to be their year to finally break through and win, they’ll need a lot more support.

Yorkton, Saskatchewan’s only SledTown ShowDown champion (back in 2016), continues to stay alive into 2020 by the narrowest of margins. Yorkton squeaked into Round 2 with a late rally and managed to do so again. Yorkton (206 votes) outlasted Tisdale (159) and takes on the biggest vote-getter for Saskatchewan, Hudson Bay (305), in Round 3. Archerwill and Carrot River/Arborfield will duke it out for a spot in the provincial finals. There were only 1,460 votes cast in Saskatchewan during Round 2, the fewest of all four provinces. At this stage of the game, Saskatchewan is a provincial underdog. If the 2020 SledTown ShowDown champion is going to come from Saskatchewan, voters are going to have to step it up.

Ladies and gentlemen, Flin Flon is your frontrunner to win SnoRiders’ 2020 SledTown ShowDown. The Manitoba destination received over 1,000 votes in Round 2 to easily dispatch Pinawa. Combining their tally from Round 1, Flin Flon has accumulated 1,771 during the first two stages of the competition. However, they’re going up against Snow Lake (978 votes), who tore through Beausejour (231). This bout is going to out one of the major players in the contest. In a surprise, Manitoba’s only previous SledTown ShowDown winner, Swan Valley (the inaugural winner back in 2015), was knocked out of the competition by Thompson in a tight fight by a score of 637 for Thompson to 592 for Swan Valley. Thompson moves on to face The Pas in Round 3. There were over 4,500 votes cast in Manitoba during Round 2, far and away the most votes for any province.

The polls are open and it’s time to cast your votes for Round 3 in the 6th annual SledTown ShowDown. You can head over to the main contest page or vote by provincial bracket once a day until the current round closes:

Remember you can vote every day, so rally the troops and give your snowmobile riding destination your support. Voting ends at 11:59 p.m. on Sunday, January 19 for Round 3. 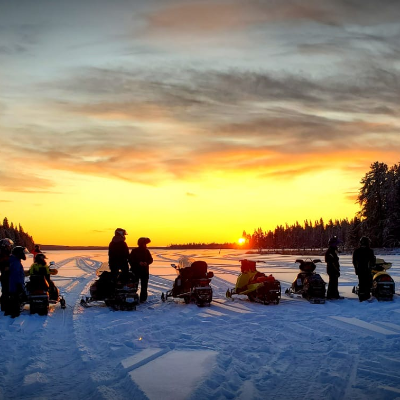 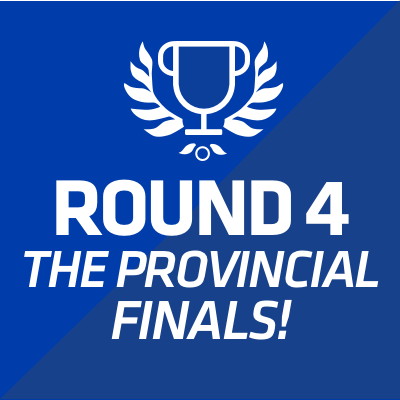 Round 4 has begun! 8 SledTowns across Western Canada vie to be the 2020 SledTown champ 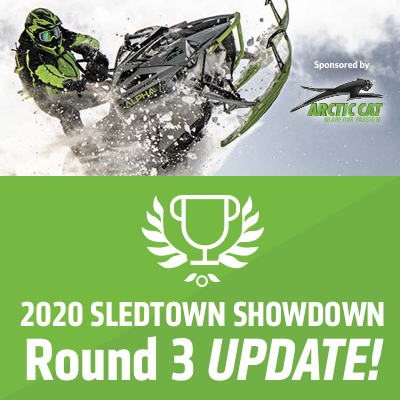 Round 3, the third lap of SledTown ShowDown, is at the halfway point of the voting phase