Snowmobiling is a sport that continues to evolve. Kirsten Armleder photo

Snowmobiling has been a part of the Canadian landscape since New Year’s Eve 1922, when a 15-year-old named Joseph-Armand Bombardier took his first “oversnow” vehicle for a test ride on the streets of Valcourt, Quebec. Little did he know that his creation would spawn one of Canada’s favourite and most popular winter sports. Would Mr. Bombardier turn over in his grave, though, if he saw the machines we are riding today?

Over the years, there have been numerous inventions that have shaped the way we ride and think about snowmobiling. It would be impossible to list them all in this timeline, so we have picked out the most influential. Sprinkled throughout, you will also find important dates that helped shape the burgeoning sport of snow biking.

During our research, we discovered that the lines of snowmobile invention are blurry since ideas have been borrowed (i.e., stolen). A tip of the hat to the original inventors as well as our gratitude to everyone—the manufacturers, aftermarket companies, clubs and riders—who has helped create the most awesome sport on the planet.

- [Snow Bike] The first example of a tracked bike was the three-wheeled R.A.S.K Triumph 500 cc.

- Carl Eliason receives a patent for his Motor Toboggan.

- Emmitt M. Tucker Sr. develops a machine that would later become known as the Tucker SNO-Cat, laying the groundwork for today’s trail groomers.

- Joseph-Armand Bombardier receives a patent for his first tracked vehicle.

- George and Allister Ingham of Lanigan, Saskatchewan, produce the first Canadian-designed single-track snowmobile. The Ingham Motor Toboggan was marketed from 1950 to 1963. 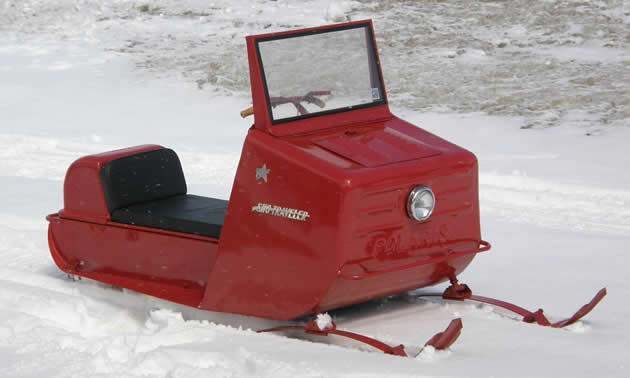 - Polaris begins producing the Autoboggan, with sales being made by the inventor, Harry C. Paul of Winnipeg, Manitoba. 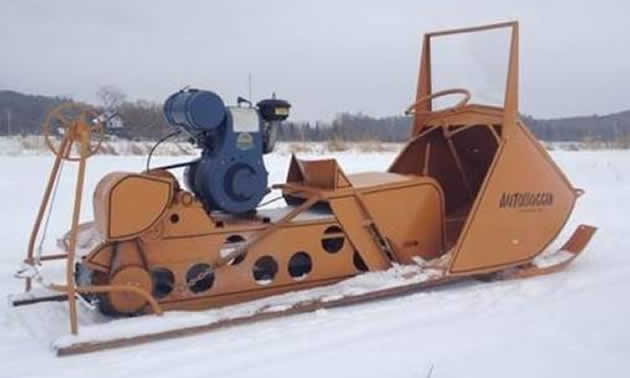 - Bombardier launches the first two-person “Ski-Dog,” but due to a typing error, it was published as “Ski-Doo.”

- Trail-A-Sled, which was based in Crosby, Minnesota, becomes the first American snowmobile to use a moulded rubber track. Trail-A-Sled later became known as the Scorpion.

- This year marks the first use of two-stroke engines by Arctic Cat.

- [Snow Bike] The Shrew goes into full production. This snow cycle kit was designed by the Hanson Brothers and manufactured by J.E. Love Co. in Garfield, Washington.

- Arctic Cat departs from bogie wheel suspensions with the introduction of a slide rail suspension system on its 1966 Panther. Yamaha enters the snowmobile game with its two-stroke, twin-cylinder SL350. This was the first snowmobile with slide valve carburetors. 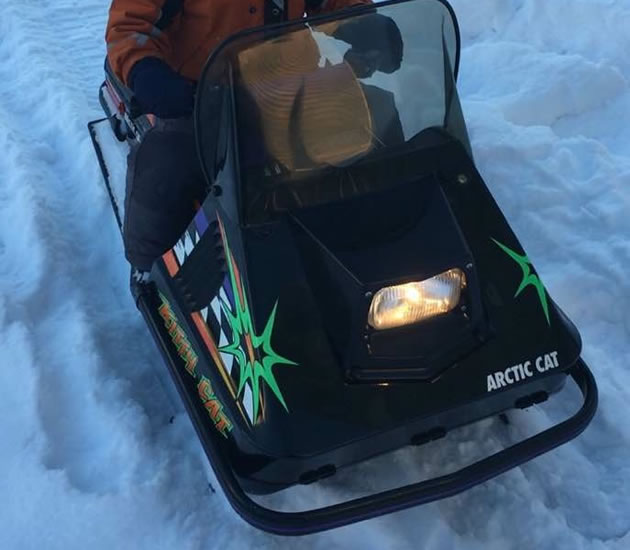 - Arctic Cat’s Kitty Cat, which was the first kids snowmobile, goes into production. 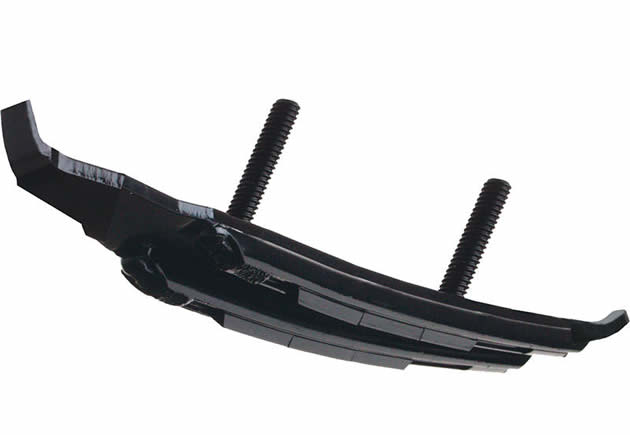 - Liquid cooling takes over as the major manufacturers start offering it.

- Yamaha releases the Phazer, a snowmobile that would set a new benchmark for snowmobiling in the mountains. - Polaris releases the 1991 Indy 650 RXL EFI, which was the first snowmobile from an OEM to feature fuel injection. - The industry’s leading snowmobile tie-down system, the SuperClamp, is invented by Albertans Don and Randall Bowman.

- The future concept of “clean” snowmobiles is born when Arctic Cat loans two prototype four-stroke snowmobiles for use in Yellowstone National Park.

Ski-Doo introduces the rider-forward REV chassis in a snocross sled.

- [Snow Bike] Quebec-based A.D. Boivin Inc. releases the Snow Hawk. Although it was called a snowmobile, the Snow Hawk bore a much closer resemblance to a snow bike.

- Ski-Doo pioneers the rider-forward concept with the introduction of the REV platform for consumers.

- Timbersled Products is founded by Allen and Natasha Mangum in Sandpoint, Idaho. - The first 174-inch production sled was introduced for 2015 model year by Ski-Doo. 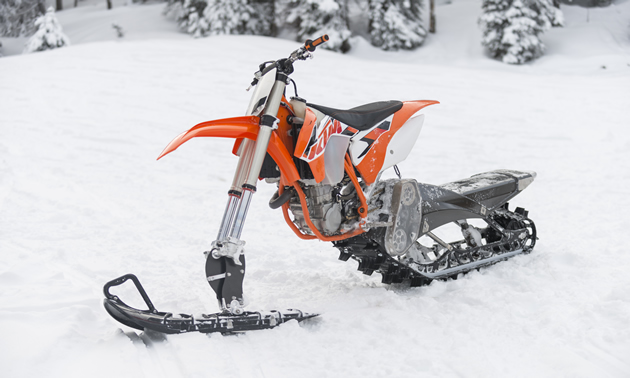 - [Snow Bike] Moto-Trax is founded and goes into production with the Scout. - Arctic Cat acquired by Textron Industries for $247 million in an all-cash deal. Sources: Sources: The Canadian Encyclopedia, www.yamaha-motor.com, www.yamahapart.com, Top of the Lake Snowmobile Museum, www.trailasled.com, Trax The Evolution of Snowbikes, As The Snow Flies: A History of Snowmobile Development in North America — by L. Allister Ingham