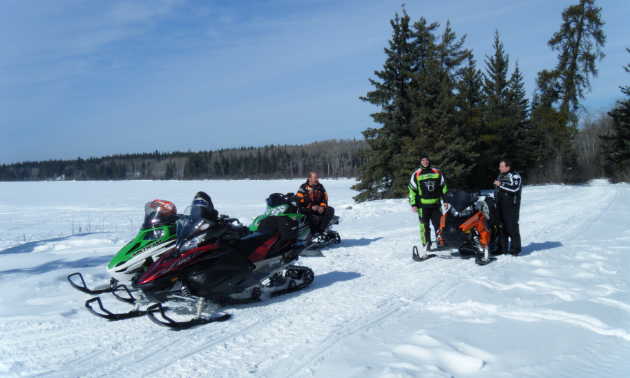 Snowmobilers enjoy trails near Cold Lake. The Iron Horse Trail runs over 300 kilometres of groomed trail from Cold Lake and Heinsburg in the east to Waskateneau in the west.

Two hours east of Edmonton and nestled just south of the North Saskatchewan River is the area the Myrnam Snowmobile Club calls its playground. They have been a member club of the Alberta Snowmobile Association for nearly 20 years. They have trails that vary from river flats and valleys to grand open areas. Trails connect to Two Hills and a connector trail straight to Alberta’s own Iron Horse Trail. The Iron Horse Trail runs over 300 kilometres of groomed trail from Cold Lake and Heinsburg in the east to Waskateneau in the west.

The Myrnam club offers something different compared to other clubs because nearly all the trail is on privately owned land. It runs over mostly farmland and is only a winter trail. There is no complicated terrain and the trail is easily navigated by any skill level. When there’s snow, there are many areas of untouched powder to play in along the trail. Food and gas are available and the staging area is located at the arena in Myrnam. Hotels are only a half hour away in St. Paul or Vermillion. There are 100 kilometres of trail with three warm-up cabins. All three have solar lighting and wood stoves and also outdoor firepits and outhouses. On the far end of the loop is the world-famous Derwent Hotel. It’s famous for its pizza and it’s the best around. This is a main stop on the loop for sledders.

The Myrnam club hosts a sled rally on the February long weekend each year. It is very well known with participants coming from all over the province. One of the largest antique snowmobile shows in Alberta is held the next day. This brings in nearly 100 sleds each year—from barn-find originals to very rare never been seen before sleds. This has become a very popular pastime now. Enthusiasts collect these sleds from all over Canada and parts of the USA.

If this little piece of paradise interests you to ride or you would like to volunteer, contact us on our Facebook page at Myrnam Snowmobile Club. 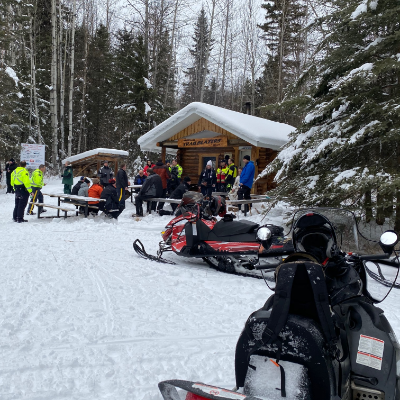 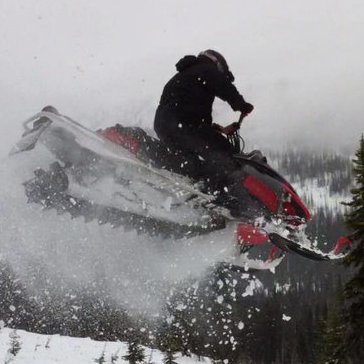