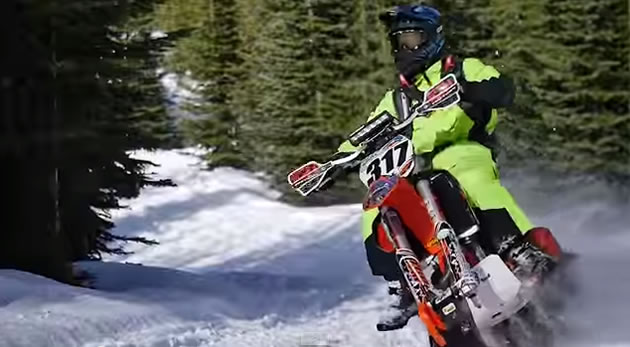 Reagan Sieg, the usual snow bike suspect, is first on scene in the trailer for the new Trax film. screenshot courtesy of the Trax film

Director Jaya Lange and the guys over at Braaap Films have been working on something really special for the Fall, and they’ve finally released a teaser for it.

Coming September 1, 2015, The Trax Film follows the evolution of snow bikes, starting with some of the first platform designs to what we currently see on the slopes in North America. And it’s not just the Timbersled that will be featured. In the film, we will be introduced to names like 2Moto, Frozen Moto and the brand new Yeti from C3 Powersports in St. Albert, Alberta.

With characters like Reagan Sieg, Brock Hoyer, Ronnie Rennie and Travis Pastrana on the scene, this film is sure to have some amazing footage of big hits and deep powder. For more info, visit the website.

But first, check out the official trailer: