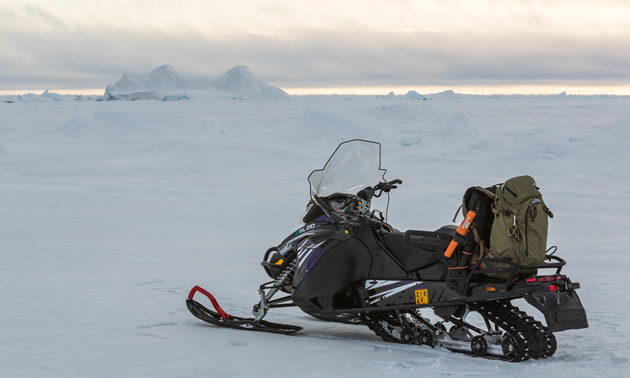 Aurora Powertrains Ltd, manufacturer of the Finnish electric snowmobile eSled, has started cooperation with Hurtigruten Svalbard, which is part of the world leader in exploration travel, Norway-based Hurtigruten.

The two companies have entered into agreement for the delivery of eight battery powered eSled snowmobiles ready for the coming winter season. This deal signifies a unique partnership in the entire history of the snowmobile industry and marks the beginning of the new era of emission-free snowmobiling.

The deal is in line with Hurtigruten’s strategy of sustainable operations.

Hurtigruten is the world’s greenest cruise- and travel operator, and has already invested billions in battery powered ships and green technology. This new partnership is a natural continuum of their policies for sustainable development, Aurora Powertrains CEO Ari Karjalainen says.

Consequently, Hurtigruten Svalbard will be the world’s first sustainable safari provider in addition to Aurora Powertrains. Following test drives conducted in the spring, Hurtigruten Svalbard’s management was convinced about their choice to purchase the eSleds. The company intends to commence eSled safaris in Svalbard in the beginning of December 2019.

Prior to entering into agreement, Aurora Powertrains Ltd, established in Rovaniemi, Finland in 2017, manufactured the eSled for its own safari activities in the Rovaniemi area. The total size of the eSled fleet in Rovaniemi has reached 25 vehicles. These vehicles are used in safari operations and marketed using the adventure brand Aurora eMotion. While providing meaningful snowmobile safari experiences, safari operations have also acted as the company’s testing environment for eSled development. Today, feedback provided by thousands of customers has encouraged the company to start manufacturing and marketing the eSled to also be used by other safari companies. Public sales and other models will be launched in the near future.

Aurora Powertrains has its global mission to make “Snowmobiling Recharged”. The eSled is based on a readymade chassis supplied by BRP Finland.

“Our strict focus is on the development of the Electric Powertrain; we are not interested in redesigning the chassis. Snowmobile engineers have been finetuning snowmobile chassis for decades and we use one of the best commercially available snowmobile safari chassis,” tells Ari Karjalainen, CEO of Aurora Powertrains Ltd.

“The Electric Powertrain boasts the latest technologies combined with inhouse software, electrical and mechanical design. We believe that we have achieved the optimum combination for entering the electric snowmobile market.” adds Ari Karjalainen.

Production of other models in addition to the Touring class, which is used in safaris, will be rather straightforward using other chassis supplied by BRP.