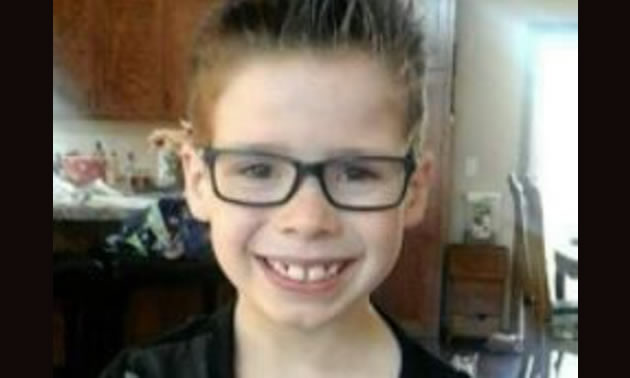 Alan Geisenkoetter Jr. who died in January after being struck by a snowmobile driven by a man whose driver’s license was revoked after multiple DWI offenses. Photo courtesy KFGO radio

The State of Minnesota has recently enacted tough new Driving While Intoxicated (DWI) laws, prompted by the death of an 8-year-old boy who was ran over by a DWI offender operating a snowmobile last winter.

Here is an article from the Lake/Pioneer newspaper group that talks about the new law:

"In light of a new DWI law in the state of Minnesota, West Hennepin Public Safety Director Gary Kroells shares a caution with residents that he hopes they all already follow, “Don’t drink and drive any motor vehicle regardless if it is a vehicle, boat, ATV, or snowmobile. You will lose your privilege to drive.“

The state of Minnesota now has a new DWI law that went into effect August 1. This new law means that people convicted of driving while intoxicated – regardless of the vehicle they’re driving – will lose their driver’s license and be prohibited from operating motor vehicles, including all-terrain vehicles, motorboats, and snowmobiles.

The state Legislature passed the law following the death of 8-year-old Alan Geisenkoetter Jr., who died in January after being struck by a snowmobile driven by a man whose driver’s license was revoked after multiple DWI offenses.

Minnetrista Director of Public Safety Paul Falls says, “Over the course of my career I have seen DWI laws change many times. Often times, these changes are in response to loopholes that do not allow the law to be applied in a manner that will deter, change behavior, are provide accountability. While it is difficult to accept tragedy, it often teaches us valuable lessons, as is the case with Little Alan’s Law.”

Before the law change, people convicted of DWI in a highway-licensed vehicle still could legally operate ATVs, motorboats and snowmobiles. The changes apply to violations that occur on or after Aug. 1.

The Minnesota DNR (Department of Natural Resources) and other law enforcement agencies in the state, along with ATV and snowmobile groups, supported the law change, which passed the Legislature with bipartisan support and was signed into law in May by Gov. Mark Dayton."