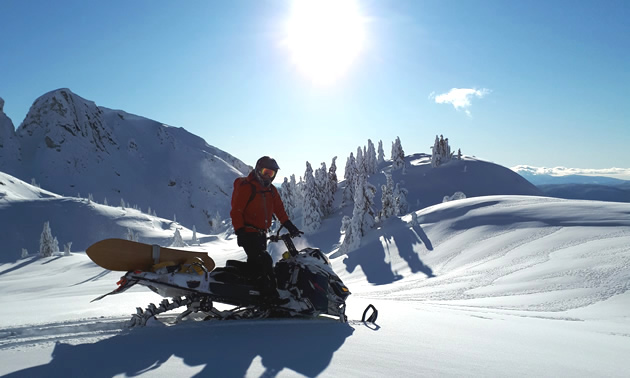 Consider the G.R.A.S.S. before heading out on your snowmobile into grassland. Photo courtesy Albert Venor

The recreational and commercial use of off-road vehicles (ORV) continues to grow in British Columbia and there is an ongoing need to promote their safe, responsible use. The Grasslands Conservation Council of British Columbia (GCC) recently updated its guidelines for ORV use on grasslands and produced a summary in a pocket-sized G.R.A.S.S. brochure. These guidelines were developed in collaboration with the following ORV organizations: Quad Riders ATV Association of BC, BC Snowmobile Federation, Four Wheel Drive Association of BC and BC Off-Road Motorcycle Association.

The Grasslands Conservation Council of British Columbia promotes the responsible ORV use in grasslands through its G.R.A.S.S. campaign:

Stay on the Trail