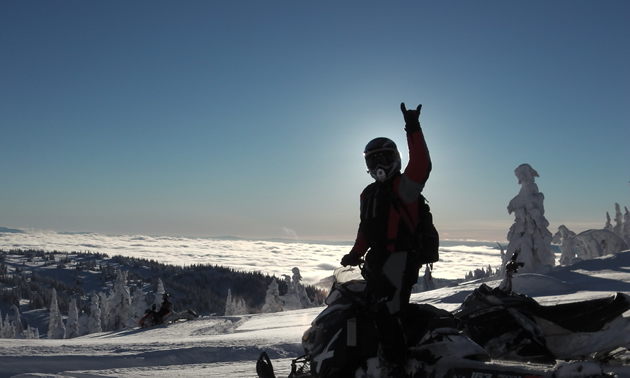 Here is Michelle Dumaresq enjoying the conditions at Crowfoot Mountain on a ride in January 2013. Corrisa Schurek photo

Barely a cloud in the sky, two-and-a-half feet of fresh powder and a whole mountain to yourself—sounds like a perfect day, doesn’t it? Those were the kind of conditions Kamloops, B.C., resident Michelle Dumaresq encountered while sledding at Pukeashun Mountain last January.

“It was around New Year's,” said Dumaresq. “There was a whole period that it never stopped snowing for a week and we just happened to hit it.”

Dumaresq said it was one of her best rides of the year. She was with two of her regular sledding buddies. They had their throttles pinned to the bar all that day and never ran into another soul.

The Shuswap is quickly becoming known as one of B.C.’s best snowmobiling destinations—even high-profile riders like Chris Burandt have honed in on it—but you needn’t worry about it getting crowded there because with seven different sledding zones, the region has more than enough terrain, and untracked snow, to go around.

Crowfoot Mountain is one of the most popular places to ride in the Shuswap. It is located on the north side of Shuswap Lake near the community of Celista. The trails are maintained by members of the Crowfoot Mountain Snowmobile Club and passes are required in order to ride them. From Crowfoot, sledders can access other areas, such as Grizzly Mountain. Pukeashun Mountain is in the vicinity of Crowfoot as well but most sledders will access it from the Scotch Creek Forest Service Road.

To the west of Shuswap Lake, between Salmon Arm and Falkland, are the Fly Hills and Spa Hills snowmobiling areas and both are signed and maintained. Then, on the east side of Shuswap Lake around Sicamous, there is Queest Mountain, Eagle Pass, Owlhead and Blue Lake. These areas have it all—from beginner-friendly trails for the family to steep hills and deep powder for the adrenalin junkie. Eagle Pass is the one exception though. Although it is easy to access, the terrain in that zone is for intermediate to advanced riders only.

“Some of the hardest riding I’ve done is at Eagle Pass,” said Dumaresq. “It’s the one place that really challenges me.”

Tree riding at its finest

Dumaresq is one of those riders who is always looking for a challenge, something that will take her out of her comfort zone. Drops, jumps, chutes—it doesn’t matter—she does it all. But like many of us who are hooked on mountain sledding, she believes that deep powder riding in the trees takes the cake.

“I love tree riding and the best tree riding I’ve ever done in my life is around the Shuswap,” said Dumaresq.

The Shuswap is also blessed with a mild winter climate, good snowpack and a riding season that runs from November to May. All in all, the Shuswap is one awesome place to ride and it is one destination that should be added to your bucket list. 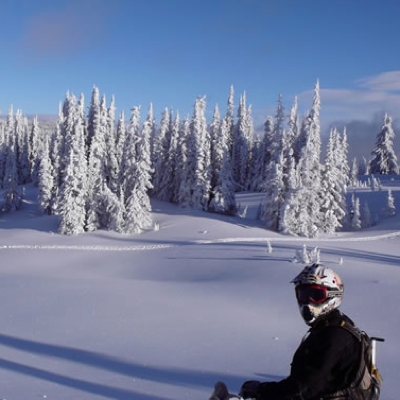 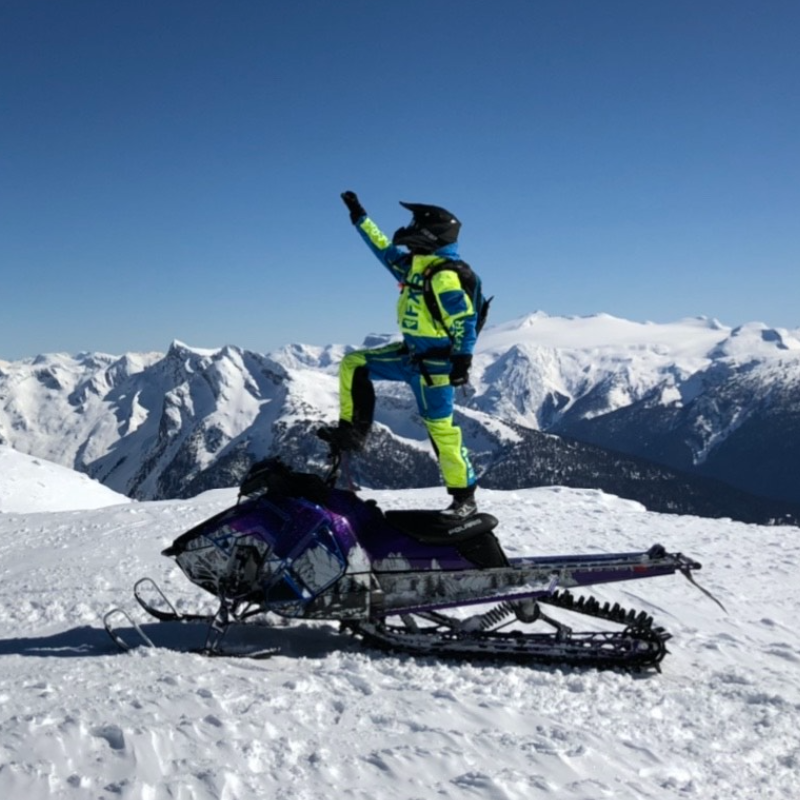 Meet the Rider, Shuswap, BC This hotshot YouTuber knows how to KEEPER PINNED all sledding season long (and beyond)