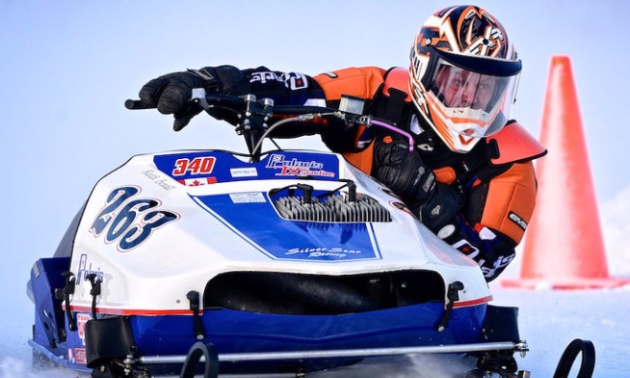 Keith Boxall is all about vintage. The 58-year-old from Nipawin, Saskatchewan, runs the provincial arm of the vintage oval racing scene there with his sons and couldn’t be more thrilled and passionate about it.

“About five years ago, my nephew came to me and said he had been to a race in Beausejour and asked me what I thought of running them here,” said Boxall. “I thought he was nuts because back in the late '70s, early '80s, it was basically a snocross track and I didn’t want to bump and crash my sled. He carried on without me, running a one-race event that year. He asked me for some help and so the boys and myself ran some safeties on corners as well as flags. That’s how it all started; I realized it seemed like a lot of fun.”

The next year, one of Boxall’s sons accompanied him to Eagle River, Wisconsin. After watching those guys, he decided he was going to get into oval racing back in Nipawin and started building oval sleds. They founded the Saskatchewan Vintage Oval Racers Alliance (SVORA) and they are now in their sixth year. Boxall is the president and his son Kyle is the secretary/treasurer.

Boxall owns a 2010 Polaris Rush and with all parts and pieces included, about 50 vintage sleds. His family has about five sleds they currently take to the races.

“We run three to five races a year in the province,” said Boxall. “And we’re busy every weekend either planning the next race or trip. The first race is the first weekend in December in Beausejour, Manitoba. Then we go all the way to the second weekend in March in Saskatchewan, depending on conditions and weather.”

Boxall’s love for snowmobiling started when he was young. He saw sleds racing in his teens and thought they were really cool.

“I found it so amazing how fast they were and the noise,” said Boxall. “We had a snowmobile race in almost every little town. They pushed up a track with a grater and so the oval had banks that you’d fly around. It was snow so you would constantly lose the base and it would break down which is a little more dangerous than the ice ovals we are on now. The ice ovals are safer and better on the equipment.”

Boxall said when they started out, they were already getting a little bored of vintage drag racing which he says is the same old thing all the time . . . two or three guys lined up and you go. It was more of a tuner sport because you had to spend a lot of time tuning the sled and getting it set up.

“Now, it’s not so much a tuner race but a rider race,” he said. “You have to be able to manoeuvre that sled going into corners, to keep ahead, get ahead or go around someone that’s leading. It’s not only a matter of tuning that thing to go the fastest it can, but you have to be able to ride it and stay on it. A couple of years ago, a neighbour lady was watching a race and told me she couldn’t believe how I leaned into corners. I laughed and told her, ‘I’m not leaning, I’m falling off and trying to get back on!’”

Vintage sleds are from 1985 and older and there’s basically two classes: super mod and super stock.

“With a super mod or super stock engine, you can do anything to your motor but need to conform to certain rules,” Boxall said. “You can’t modify the sled too much. In order to set it up for ice, you can pretty much change anything right from the tip of the ski to the snow flap. We have six- to 10-inch carbide on the skis which need to be sharpened at least every day. We have special sharpeners so you can turn and get around the ice. Handlebars are modified so you can lean over the left side and they won’t get in your way. Mod classes are able to run open pipes on them. There are different rules for different classes.”

Boxall is looking forward to the upcoming season. Although he doesn’t do much regular sledding anymore, he has been involved with the local club, the Twin Lakes Trail Blazers, since the '80s.

“I appreciate the work the Trail Blazers do,” said Boxall. “The trails here in Nipawin vary from open land to heavily bushed areas. It's quite beautiful. I have such fond memories of all the trails going from Nipawin to Manitoba and down into the States.” 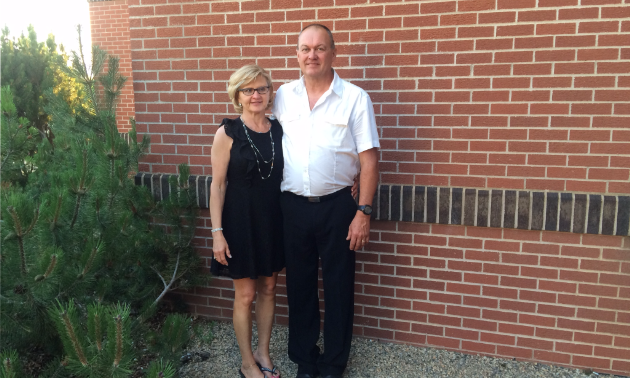 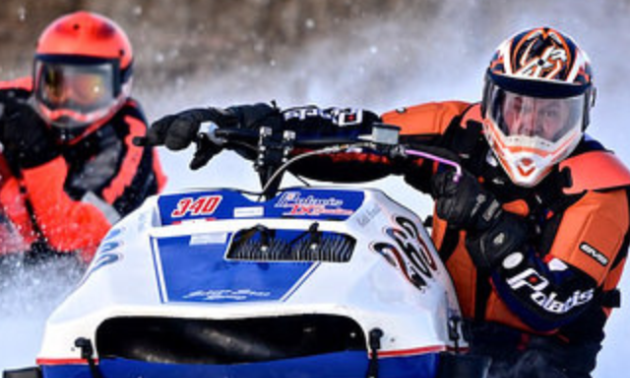 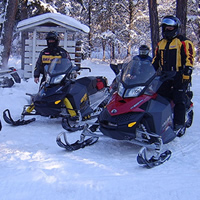