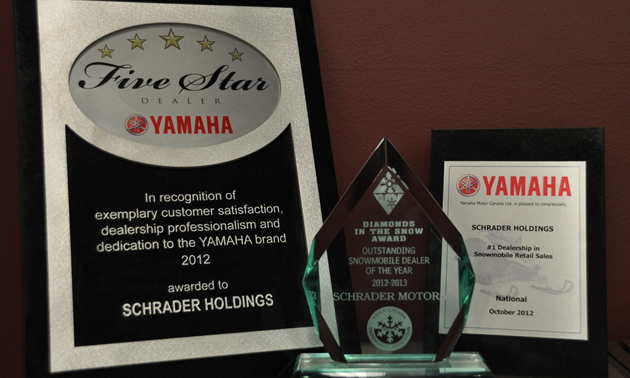 Rick Bradshaw, partner and general manager of Schrader's, said that winning this award is a result of being very involved in the snowmobiling community.

It's about serving the community

“We support all the snowmobiling events that the clubs put on,” said Bradshaw. “One way or another, with donations or sponsorship of some kind, we help out. We’re major sponsors of the Yorkton Sno-Riders, and we do what we can to work with the other dealers and the clubs to support and maintain the trail system.”

Schrader’s has been doing business in Yorkton since 1974 and has a long-standing reputation for community involvement. The degree of support varies. Sometimes it’s a simple donation to a fundraising event, sometimes it’s participating in the event. Two people from Schrader’s sit on the board of the annual Snowarama, one of the largest per-capita fundraisers in the world, under the auspices of the Saskatchewan Abilities Council.

Bradshaw said that because Yorkton is a regional centre, Schrader’s is well situated to attract business from outlying communities. Even with the advent of online shopping, and in spite of the distances they might have to travel, customers keep coming to Schrader’s. The large, instantly available inventory at Schrader's is a big draw.

“Our customers like knowing that we’ve been around for a while,” Bradshaw said. “We have a big building full of stuff that they like to play with. We carry lots of clothing and accessories, and people like knowing they can take it home right then and there.

“We have a longtime team here and most of them ride, so we really know and care about our products and our customers. We’ve been on Yamaha’s list of five-star dealers ever since they introduced the list.” 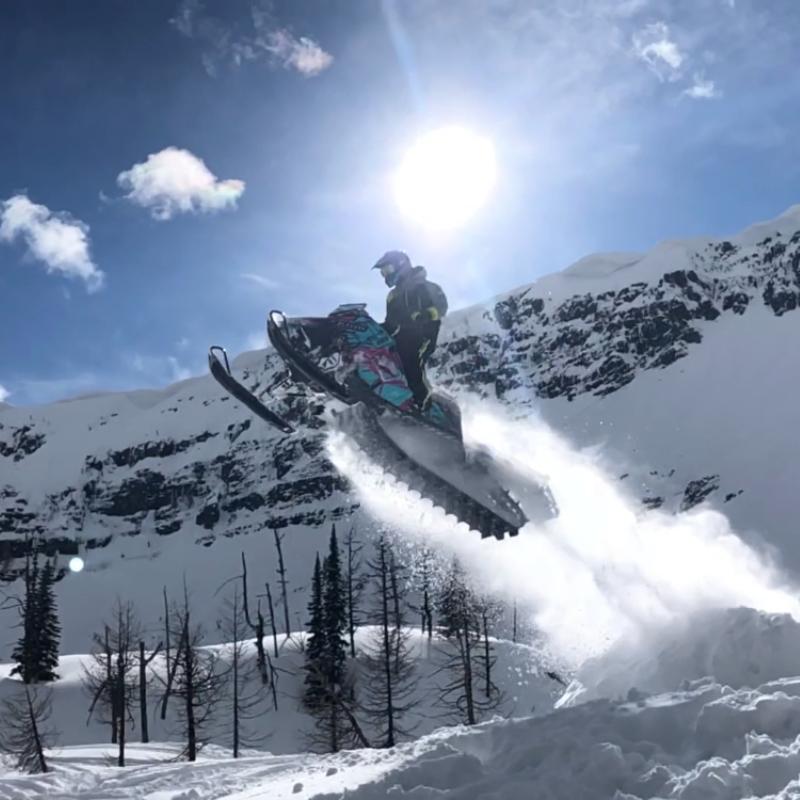 SledLife, British Columbia How to make an epic sled flick