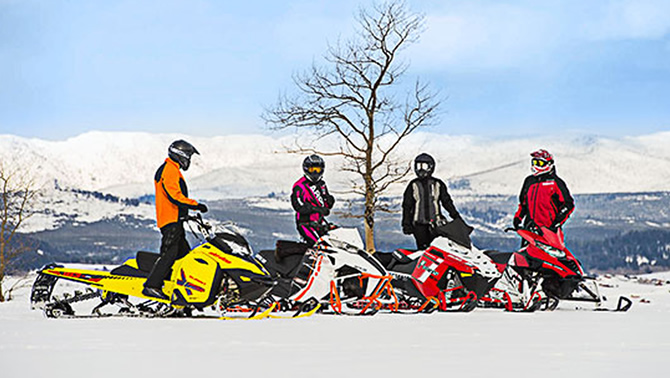 Snowmobilers add a lot of money to the local economy. Photo courtesy ISMA

So beyond Alberta what is the total economic impact of snowmobile sales and activity in western Canada?

Beyond the direct sales impact, the average snowmobiler spent $4,000 on snowmobile related recreation (gas, oil, repairs, accessories, accommodations etc).  If we apply that metric to only the new sleds purchased last year that adds in another $78 million into the equation. This brings the economic value of snowmobiling in western Canada to $301 million in 2014.

According to the International Snowmobile Manufacturers Association (ISMA) there are some 137,339 snowmobiles registered in Western Canada.

For argument's sake, let's say 50% of the registered sleds (68,700) saw their owners spend the average $4,000 on snowmobile related activities last season. That would quickly add up to another $274.8 million in economic impact spread across western Canada as a direct result of snowmobilers enjoying their favourite sport.