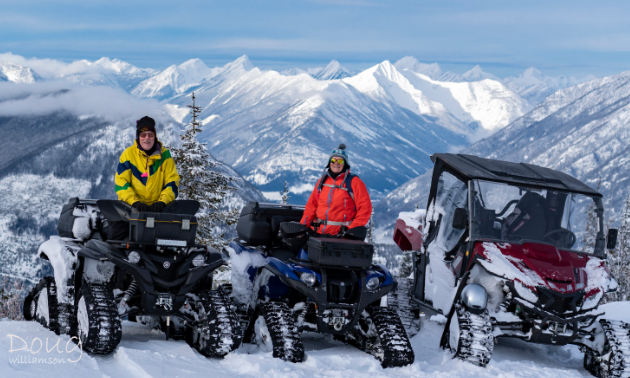 What do you get when you combine an ATV with four tracks? Twelve months of ATV exploration. From 30-degree days in the heat of summer to -30 C in a winter blizzard, ATVs afford riders the limitless potential that no other vehicle can, thanks to a simple swap between tires and tracks.

In order to equip your quad with tracks for the winter, all you need is an ATV, four grand (roughly $1,000 per track) and elbow grease.

“Someone with a good selection of tools and a reasonable degree of mechanical ability will be able to install them themselves,” said Doug Williamson, president of the Kootenay Rockies ATV Club and charter member of the Cranbrook Snowmobile Club. “My suggestion would be for the first time to order the tracks from the dealer and have the dealer put them on. You’ll probably have to pay for about three hours of shop time.

“Come late spring, you want the tracks off, you just jack it up and unbolt the tracks one at a time and put back the wheel and tire. It’s not rocket science. It’s relatively straightforward.”

ATVs with tracks versus snowmobiles: Which is better?

Now that you know how the switchover is done, here are some of the benefits.

“You just have to buy one machine and use it in summer and winter,” Williamson said. “That’s the biggest attraction of putting tracks on a quad.” 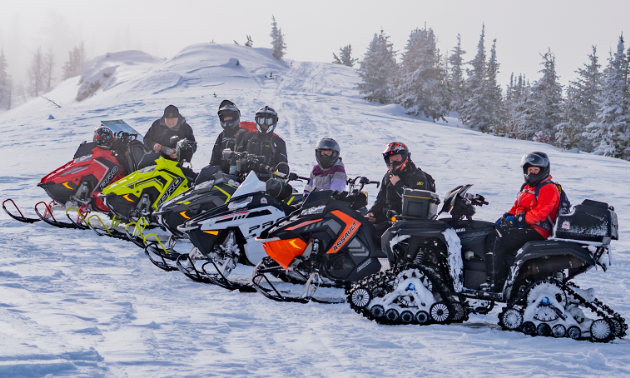 ATV or snowmobile? Which do you prefer? Photo courtesy Doug Williamson

Another advantage of an ATV with tracks compared to a sled is that you can back up much more easily because it has four tracks.

“A sled only has one track and the tails of the skis tend to want to dig in when you back up,” Williamson said. “You don’t have that issue with a quad with tracks.

“Having four tracks improves stability as well. Tracks are longer and extend wider than wheels do, giving you a wider stance on the ground,” said Williamson. “On a slope, you have less chance of the machine flipping over.” 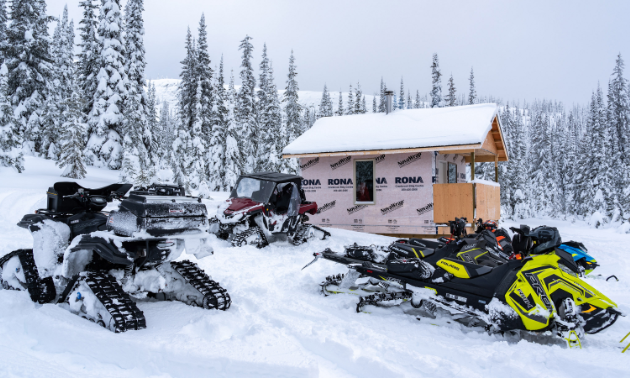 Whatever choice you make, ATVers and sledders can always mingle at a warm-up shelter. Photo courtesy Doug Williamson

Quads have more storage room to pack safety gear such as a tow rope; a GPS unit; spare fuel; and an axe, bow saw or power saw.

“A power saw is a very desirable item for me as I like being able to light a fire to cook up some lunch and cozy up to the fire,” said Williamson.

Of course, all those benefits do come with a couple drawbacks when compared to a sled.

“It’s a slower, more sedate pace on an ATV with tracks,” Williamson said. “You get a higher level of performance on a snowmobile.”

Are you ready to switch gears and change tracks? If so, look up a local dealer (Peak Performance Motorsports and All Seasons Motorsports in Cranbrook) and turn your ATV into a transformer. You could even give it a gnarly name like Megatron. 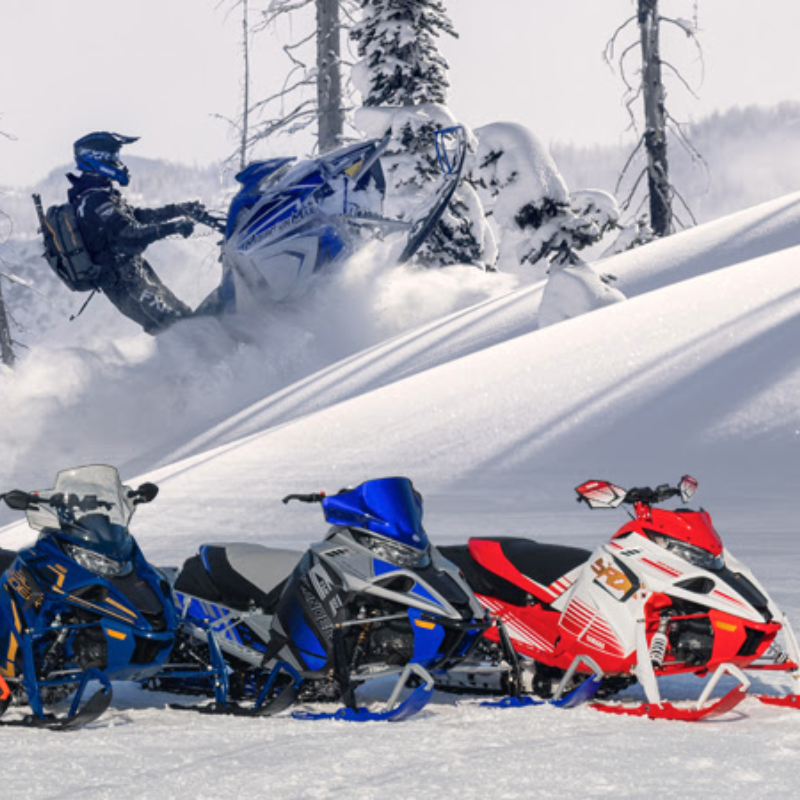 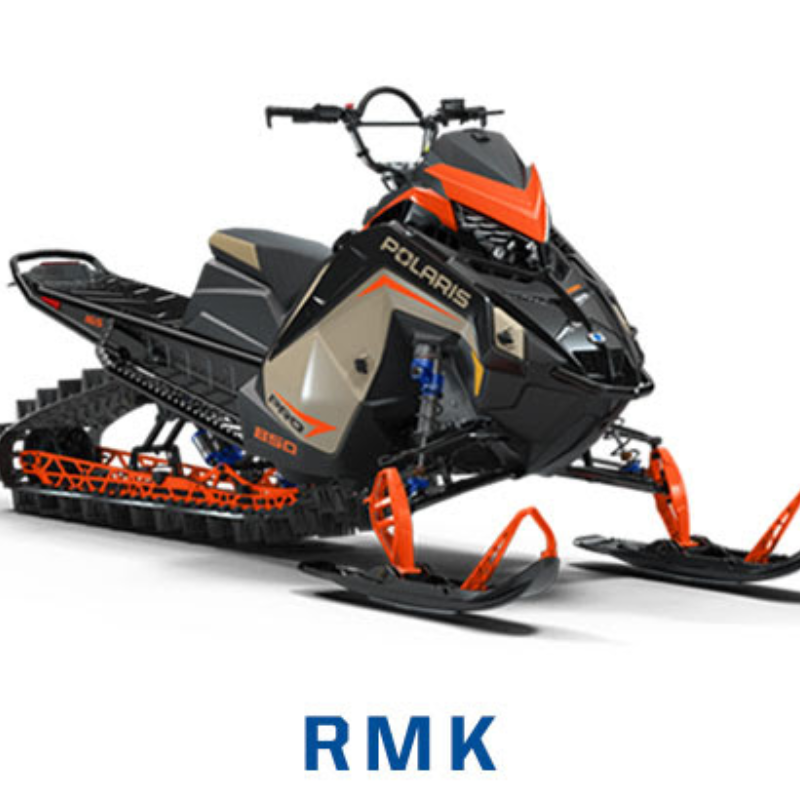 The RMK, INDY, Switchback, Titan and Voyageur highlight the lineup of 2022 Polaris snowmobiles