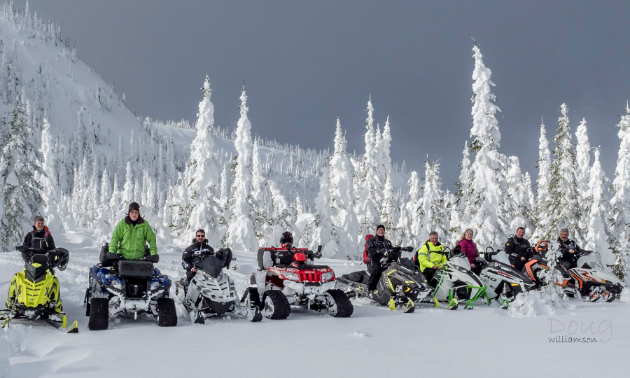 If your butt is glued to your ATV all year long, Cranbrook is the place for you. Many of the logging roads that are accessible for the summer are groomed for the winter for snowmobiling—or ATVing with tracks. On top of his role as president of the Kootenay Rockies ATV Club, Doug Williamson is also a charter member of the Cranbrook Snowmobile Club. Now that he is retired, Williamson opts to ride an ATV with tracks rather than ride the more physically demanding snowmobile.

“It's something different,” he said. “They're heavier, slower, don't float as well as a sled. There's less speed involved. It's definitely safer with less likelihood of getting yourself in trouble. It's a little like slow-motion, but it's still a lot of fun.” 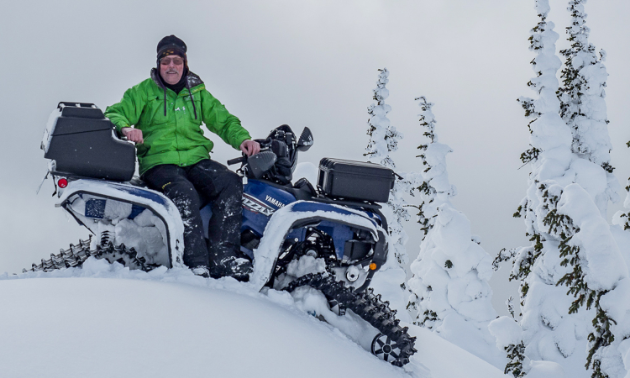 The trails aren’t the only reason that Cranbrook is a recreational dreamland—the weather is ideal for winter riding too.

“Once you get a bunch of snow and some warm weather to melt and compact the snow—you get a base with some fresh stuff on top—then you're good to go,” said Williamson. “I love it in the mountains—summer and winter. Whether it's sleds or quads, it's a good ride.”

As it turns out, Williamson’s local ride recommendation during winter differs from what’s best in the summer. To get there, ride out from Lumberton and follow a 6,500-foot mountain ridge along a treeline above tiny MacNeil Lake. The trail goes to Lamb Creek, Mineral Lake and into a valley around Monroe.

“The short, windblown scrubby trees that are up there get plastered with snow,” said Williamson. “You can hardly see the trees, it's all snow. Because you're on top of all this snowfall, you're not worried about boulders and stumps and windfalls. The snow is over top of all that.” 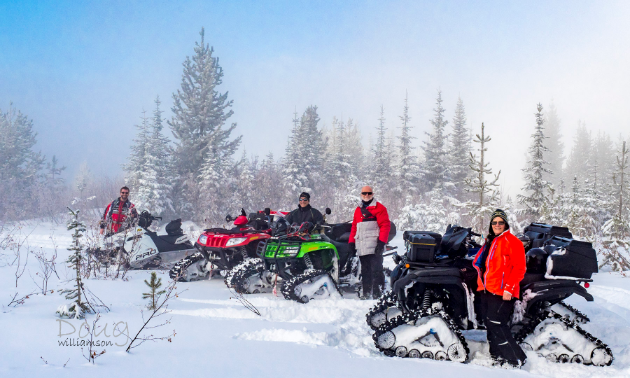 Semlin Pass in Lumberton is accessible with snowmobiles or ATVs with tracks. Photo courtesy Doug Williamson

With so much powder under the tracks, there are more opportunities to focus on the scenery. The ridge views afford riders the opportunity to scan one mountain range after another.

“When you get up on the ridges, that's what it's all about,” said Williamson. “You can see for miles and miles. That's the biggest kick. You're looking down on the Cranbrook valley and the rest of the world. It's a spectacular view.” 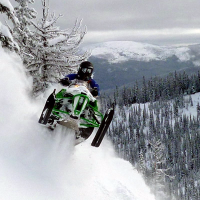 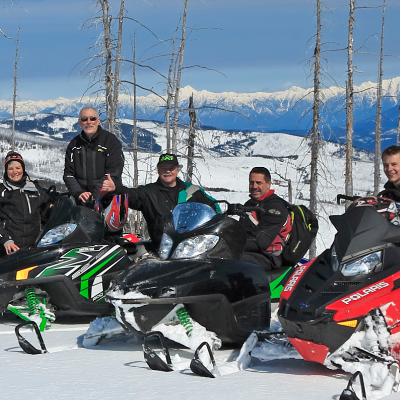 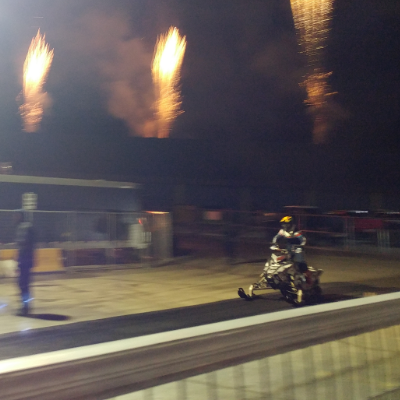 Cranbrook, BC 2 eye-popping vids and a few sledding pics of CBK-X Winter Blitzville