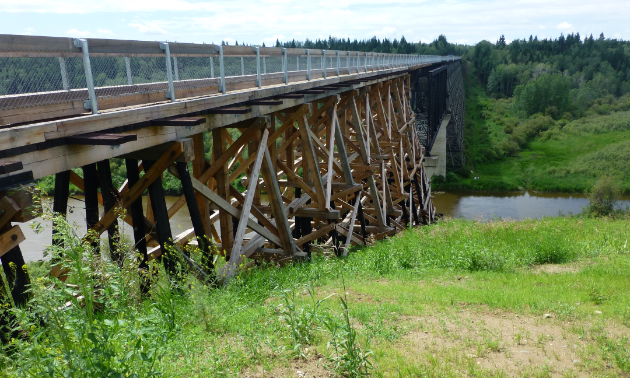 The Canadian Council of Snowmobile Organizations (CCSO) is dedicated to providing leadership and support of safe, organized and environmentally responsible snowmobiling in Canada. It is a not-for-profit entity formed in 1974 to serve as the umbrella group for organized recreational snowmobile associations in Canada. SnoRiders caught up with executive director Dennis Burns to find out what’s happened this past year and what projects the organization has planned for the future.

Simply put, what does the Canadian Council of Snowmobile Organizations do?

We are the national voice for organized snowmobile trails all across Canada: to generate ideas, economic activity from jobs and tourism-based activities and to make Canada a place that everyone wants to visit. We want people to enjoy our winter paradise.

Where does the CCSO get its funding from?

Key funders are snowmobile manufacturers, a group called the International Snowmobile Manufacturers Association—ISMA. We partner on a matching dollar program.

What accomplishments has the CCSO achieved this year?

We created a new summary of economic impact (that snowmobiling generates). We used a TRIEM (Tourism Regional Impact Economic Modeling) model to run numbers and see what the numbers generate. Just under $8 billion is generated across Canada from snowmobiling. We are part of creating and maintaining 41,000 jobs, for which we pay $1.4 billion in taxes each year to all three levels of government—municipal, provincial and federal.

What safety projects are in the works to make the sport safer in Western Canada?

We partner with the Avalanche Canada, BC Snowmobile Federation (BCSF), Alberta Snowmobile Association (ASA) and Sledcom to meet with stakeholders to review current avalanche awareness and training procedures.

We meet with Avalanche Canada in Revelstoke. There are five principles that people need to know (see sidebar). 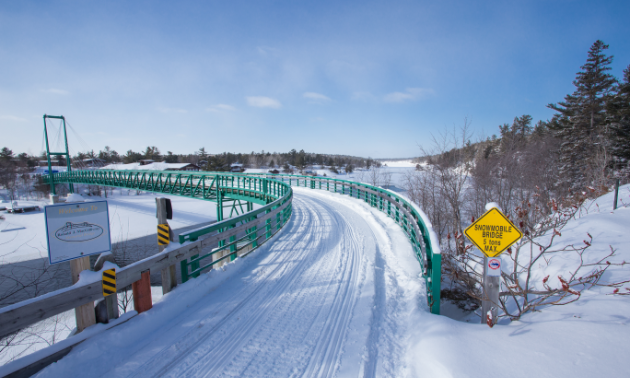 Pickerel River Bridge in Ontario on Highway 69 north of Parry Sound on the way to Sudbury. Photo courtesy Craig Nicholson

What projects are in the works this year?

Last year the ASA constructed two billboard signs in Alberta—west of Hinton and west of Canmore—just before riding areas. We’re always trying to do a better job with education.

Avalanche Canada has created special apps now: they’ve got phone apps you can download so you can see what the avalanche forecast is for the area that you’re riding.

We’re trying to target more youth and increase youth awareness. For example, in Alberta, avalanche awareness training is available in the schools. The ASA has a Sledsmart team that travels around the province. It’s almost a $100,000 program that the ASA operates with two trucks and two trailers. They schedule school sessions where they show up and take you on a little ATV or snowmobile, depending on the time of the year. They educate the kids. The kids go home with questions for mom and dad when they go riding. They may question more things than adults do sometimes. The kids may be more aware.

I was surprised to find the biggest problem for winter recreation is poor parking. How is this being addressed?

The biggest thing in the mountains is to have a place to park—trailheads. You can drop off and have easy access to the trails. In 2007 we created the National Trails Coalition (NTC), which covers winter motorized, summer motorized and non-motorized trail users. In 2008 we secured $25 million dollars from the federal government, which we turned into $57 million dollars in 474 infrastructure trail projects all across Canada, some of which were trailhead parking lots. A lot of times we’ll put a winter parking lot in and it’s used all year round. In 2014 we were successful in securing another $10 million dollars over two years of which we did 260 projects valued at $35 million dollars. If you add all that up—$25 plus $10—is a $35-million dollar investment. But we’ve netted $92 million dollars of overall trail improvements for all trail users across Canada—non-motorized, summer motorized and winter motorized—which we split equally between the three groups.

How can someone become involved in local snowmobile organizations?

What can snowmobilers do to become more involved and give back to the community?

There are three Rs to the volunteer world. From the volunteer’s point of view, you have to do three things: reward them(say “thank you”), recognize your volunteers and recruit new ones. Every person has a friend, so I always say, if you recruit one person, you usually get two.

What piece of information or advice would you like to pass on to snowmobile riders?

Know before you go. Ride within your capabilities. Never ride alone. A lot of times we’ll watch TV and there’s some guy on television doing weird and wonderful things at the X games. Understand that they’ve spent hundreds of hours as professional riders to get to that level of development. That’s not your normal weekend rider. We don’t like to see weekend warriors because they usually are not very good for themselves.

Five principals to keep you alive

If you’re riding in the mountains, you’ve got to have your transponder, your shovel and your probe. Get the training because if you’ve never been trained on using it, it’s not much good to you.

A lot of people ride a hill, and others sit at the bottom in the open area. If you know anything about avalanches, the reason that space is open is because an avalanche has removed all the trees. If your buddy is on the hill doing a climb and they cut an avalanche free, then that open space is not a good place to sit—get out of harm’s way. 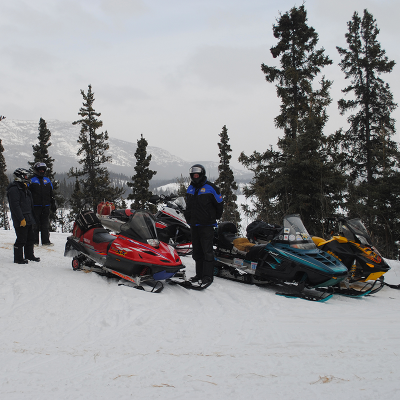 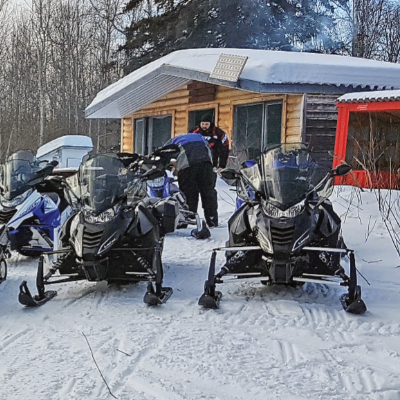 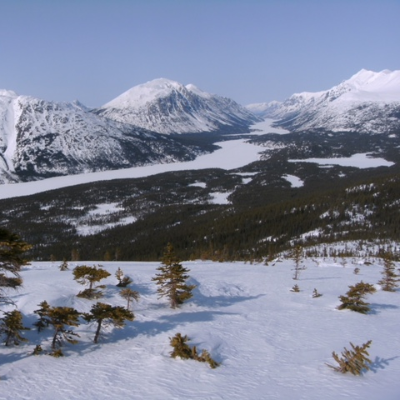