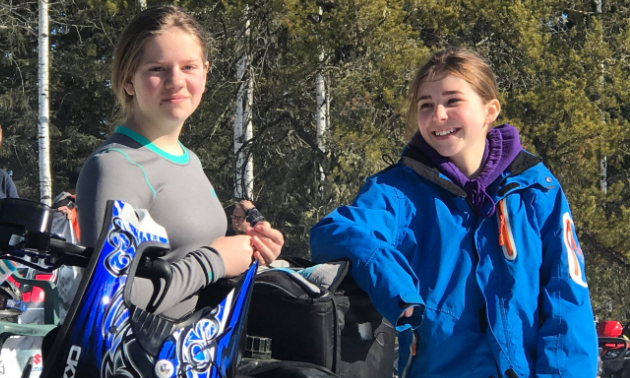 Usually when someone says that they’ve been riding for a long time, they’ve grown at least a few stray grey hairs. You don’t often hear it from a 15-year-old, Grade 10 student. But in this case, it’s true.

“I was probably five or six years old when I got to ride my first snowmobile by myself,” said Morgan Nelson, recipient of the Alberta Snowmobile Association (ASA) Excellence Award for Outstanding Youth Contribution Towards the Continued Development of Family Snowmobiling. “When I was about three months old, my dad took me out for my first ride up to Peppers Hill in a snuggie and his coat. Ever since then, it’s always been something that we do as a family.”

Mature beyond her years

Rather than simply going out and playing in the powder with a snowmobile like most youth are prone to do, Nelson has chosen to place herself in a leadership role and set an example for adults, kids and everyone in between.

“I volunteer every year at our snow rally and poker rally,” Nelson said. “It’s a lot to organize. We do a big trail cleanup with the whole club to remove trees off of the trail, make sure that all the registrations are in place, run registrations at our rec complex and hand out maps for the trail. Because I’m so involved, I go out on the trail cleanups during a lot of the weekends in the fall and winter.” One of the motivating factors for Nelson is basking in the joy of her fellow riders.

“Everybody is so happy and excited to see how well these trails are maintained and how much fun their whole family is having,” she said. “I really like to see that.”

Another reason for Nelson to set an example is the influence she has within her school.

“I like to go to our school and tell people that ’yeah, I’m a big part of that—I’m part of the community—I’m volunteering for something bigger than the school,’ ” she said. “I take pride in saying that I’m a part of the Edson Sno-Seekers. (After seeing my example) a few of my friends and people from school come out and volunteer with their families, which I think is really cool.” 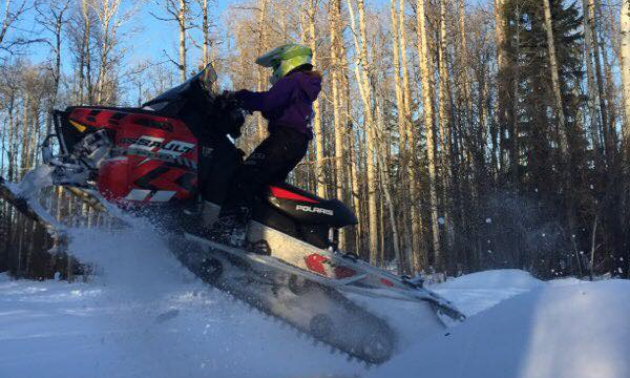 Big air, little person. “It’s no fun to be afraid of what you want to do,” Nelson said. “You kind of have to be fearless.” Photo courtesy Darin Nelson

Beyond school, Nelson is calling on the youth of Alberta to step up and join their local snowmobile clubs.

“At the ASA awards, it was almost all older people in the room,” she said. “I didn’t see many children. I want to encourage more kids to come out and enjoy the sport and see how much work people put in to see how far everything can go. I really want to get our youth involved with more of the snowmobiling.”

Nelson’s mature attitude towards organizing, planning and working hard is refreshing and inspiring to those who share tracks with her. Sometimes, her youthful exuberance takes over, resulting in awestruck observers.

“We rode on a family ride with another family and there was this MASSIVE grader bank in a pipeline/cutblock,” said Nelson. “Everybody else went around it. I lined up and went for it. It turns out the grader bank was solid. I didn’t think it was. I completely launched myself off this grader bank. My dad, mom, little sister and the other family were all watching me take this massive jump. It was so cool. My dad was so impressed. He was like, ’Oh my god! You just got seven to 10 feet of vertical air.’ My mom had these wide eyes and was shaking her head at me. I’m pretty sure I scared her half to death. It was a nice smooth landing. It was really fun. It’s no fun to be afraid of what you want to do. You kind of have to be fearless.” 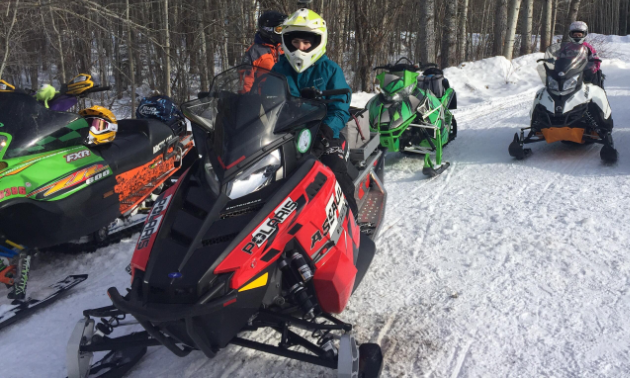 “Whenever I pull up beside people, it’s really funny to watch their faces of surprise to see how tiny I am and how much carving, jumping and climbing I can do,” said Nelson. Photo courtesy Darin Nelson

The fearless teenager doesn’t just get a rush from taking a few risks—Nelson also gets a kick out of drawing a reaction from unfamiliar sledders on the trail.

“I’m tiny,” she said. “I’m 4’11’’. You can imagine me being so little on a 600 Assault. Whenever I pull up beside people, it’s really funny to watch their faces of surprise to see how tiny I am and how much carving, jumping and climbing I can do.”

Rider: Morgan Nelson
Where: Edson, Alberta
Occupation: Student
Bragging rights: Alberta Snowmobile Association (ASA) Excellence Award for Outstanding Youth Contribution Towards the Continued Development of Family Snowmobiling
Weapon of choice: Polaris 600 Switchback Assault
Local ride recommendation: Peppers Hill Trail. “Peppers Hill Trail goes to Peppers Cabin and up to Summit, our local ski hill,” said Nelson. “There are a few sketchy side hills, some ravines to go through and lots of trees. We see quite a few deer, lynx and moose. It’s one of our most used trails. It’s always maintained. It’s the one that I ride the most.” 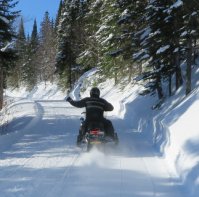 Alberta Central Trip planner: What you need to know before snowmobiling in Alberta’s Lakeland region

Trail maps, top snowmobile trails, club contacts and other useful information for planning a snowmobile trip to the Lakeland region. 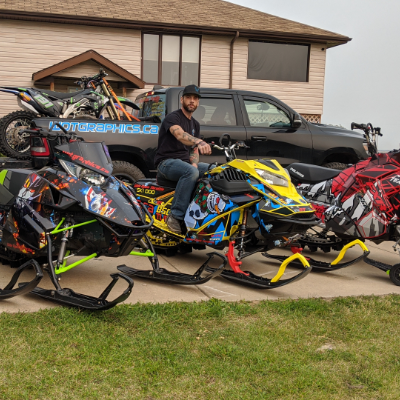