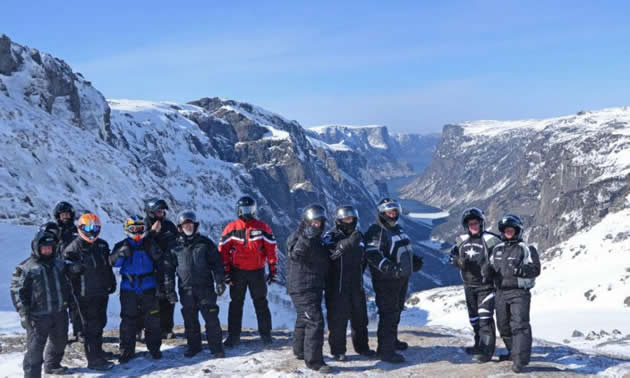 The CCSO held its spring meeting one year in Newfoundland. This year, it will take place in Whitecourt, Alberta. photo courtesy CCSO's Facebook page

How well do you know your snowmobiling? Here’s a quick question: what does CCSO stand for?

If your answer is the Canadian Council of Snowmobile Organizations, then you are correct.

Based in Thunder Bay, Ontario, the CCSO is a non-profit organization that was started in 1974. It serves as an umbrella group for the provincial snowmobile organizations across Canada. At present, there are 13 provincial organizations that are recognized by the CCSO, one for each province and territory. According to the CCSO, Quebec has the highest number of registered snowmobiles in Canada. Then it’s Ontario, followed by B.C., and then Newfoundland.

The CCSO, which is led by volunteers, meets twice a year to exchange ideas and discuss issues and priorities. Next year, the spring meeting will take place on February 13, 2015, in Whitecourt, Alberta—during the World Snowmobile Invasion (WSI).

Members of the Whitecourt Trailblazers, the group that is organizing the WSI, are pleased to be having representatives from the CCSO in their town.

“We are thrilled and honoured to host the CCSO spring meeting,” said Cindy Brooks, event planner for the WSI, “and we look forward to sharing our amazing trails with the group.”

Although the CCSO group will not be able to attend the ASA Jamboree/World Snowmobile Rally on Saturday, Brooks said that arrangements have been made to have a VIP dinner and reception Saturday night after the meeting at the Eagle River Casino. It will be for CCSO members and other dignitaries, and Brooks said it will be by invitation only.

If you’re bummed that you probably won’t get an invite, don’t be, because while the VIPs are dining, the rest of us will be at the Allan & Jean Millar Centre in Whitecourt, watching Canadian folk rock musician Alan Doyle, the ABBA tribute band Arrival and other groups perform. To get tickets, visit the WSI website.