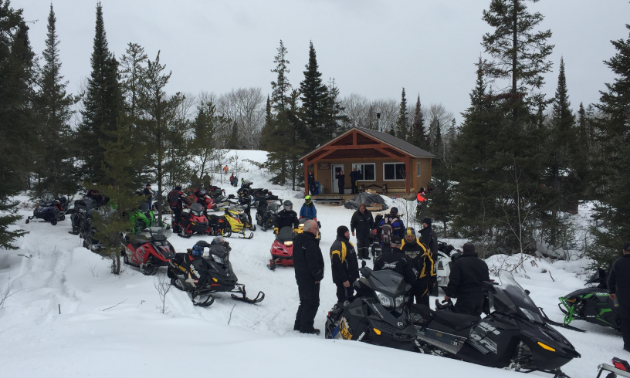 “There are many lakes,” said Bruce Prozyk, the current first vice-president of the Whiteshell Snowmobile Club. “Our trails criss-cross across the Canadian Shield and these lakes.”

The lakes and smooth rocky terrain are exactly what Whiteshell Provincial Park is known for.

However, the lakes are the reason why this club’s winter season may not really get going until early January. In order for the groomers to create safe trails across the ice, Manitoba’s riders have to wait for extreme cold temperatures to freeze the ice to adequate depths. Rest assured, the ride is definitely worth the wait, and includes crisp views of Eastern Manitoba’s icy landscape.

The next best thing about Whiteshell’s trails—aside from the true Canadian views—is the pure expanse of the trails. Whiteshells’ riders are spoiled with over 350 kilometres of space to roam.

“I like to ride the trails in the loops that go around through Seven Sisters and the Elma Trail,” said Prozyk. “It’s a big circle—about 150 kilometres.”

Prozyk begins his trek at Brereton Lake, heads northwest around Trail 66 towards Seven Sisters Falls, then returns southeast through Rennie back to his starting point.

Where is the main Whiteshell riding area?

“Trail 66 runs from one end of the system to the other,” said Prozyk.

While this one trail does run directly across Whiteshell Provincial Park, many loops branch off of this area, circling the lakes and expanding across the rocky shield.

“These loops take you into the backcountry, across lakes and to the warm-up shelters,” Prozyk said. “The traffic moves all over the place.” 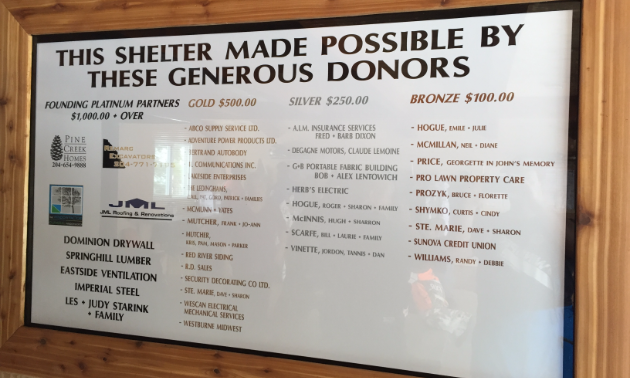 Where is the main staging area?

“There is not really any main staging area,” said Prozyk.

Whiteshell riders enjoy flexibility when heading out for a day on the trails. Staging areas and trail access points are scattered all over the area, including in the small towns located just outside of the Provincial Park. There is no single staging area, and no long journey necessary to reach fresh powder. Riders can jump on and off the trails easily and often. Some riders will jump on trails just outside of Winnipeg and ride out to the park or their cottage for the weekend.

Where to find trail passes for Whiteshell’s trails?

Manitoba’s Snopass costs $150 for the 2016/2017 season. Seven-day passes for out-of-province visitors are $75.70. Passes are available through local insurance companies. Riders often buy a Snopass at the same time they insure their sled each year.

What type of groomer do they use?

Early in the season, a Kubota RTVX3 is used to groom the trails. With more snowfall, they bring out the BR 180 and the Prinoth Husky.

“Our snowmobile club is a little different than others because our club and our trails are located inside the Whiteshell Provincial Park,” said Prozyk.

The Whiteshell Snowmobile Club and Manitoba’s provincial government work together to maintain the park’s 350 kilometres of trails. The club does not actually groom the trails. The club has, however, helped out with expenses such as a new drag, brush cutters and argo.

“We try and work together with them,” said Prozyk.

Where are the warm-up shelters?

“We have eleven warm-up shelters located throughout the system,” said Prozyk.

The club maintains and stocks these shelters with basic amenities, including firewood.

“We have some nice modern shelters,” Prozyk said. “We’ve slowly been replacing the old shelters, trying to get things to look a little more modern and (to be) more efficient.”

Find the warm-up shelters on their trail map.

The club just recently completed a new shelter at Swamp Lake, along their trail system.

Hopefully, some more new shelters will be built in the near future.

The Whiteshell Snowmobile Club meets six times throughout the winter. The first meeting will be held on November 5, 2016. The meetings are usually scheduled for the first Friday of each month, but are sometimes rescheduled. Connect with the club through its website in advance, in case of last-minute changes.

How do riders join the Whiteshell Snowmobile Club?

Membership is renewed each year on November 1st. Interested riders can connect via the club’s website and Facebook page. Membership fees are $10 per person, or $25 per family.

Whiteshell’s riders love riding together. Their annual poker derby draws a large crowd. The poker derby is family-friendly, and usually held in early March. Aside from the poker derby, the club organizes a few group fun-runs throughout the winter riding season.

The club also holds their annual golf tournament. This year’s tournament drew 126 golfers and is usually held in mid-August to keep members active and excited for the first snowfall. 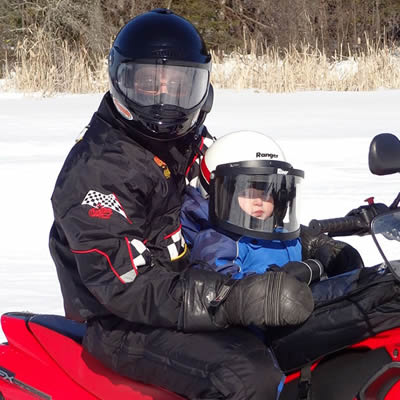 Enjoying the outdoors and spending time with family and friends is at the root of every snowmobiler’s ride.