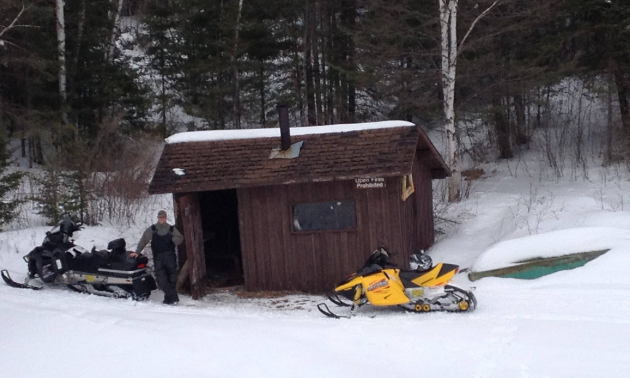 Mike Adey has been sledding in the Whiteshell since the 1960s and loves the area's diverse terrain. Photo courtesy Mike Adey

Almost every aspect of Mike Adey’s life revolves around snowmobiling, so it’s a good thing sledding is his passion. The 53-year-old has been snowmobiling in Whiteshell, Manitoba, since the late 1960s. He sleds for work, he sleds for fun and his whole family comes along for the literal ride.

Both Mike and his wife, Debbie, owned parents who had cabins at Brereton Lake in the Whiteshell and that’s where they met and then married. Mike’s grandparents had a cabin there since 1952. In 1986, the couple started building a log home in Rennie, Manitoba, and when it was completed in 1992, they moved in and went on to raise three children.

Debbie jokes, “The first winter we were dating, all it took was one ride on the back of a Ski-Doo Everest on groomed trails to realize that if I was going to stay with this guy I'd better get my own sled. It was my first major purchase. I owned a snowmobile years before I ever owned a car.”

Mike is the North Whiteshell trail boss for the Whiteshell Snowmobile Club, of which he and his wife are inaugural members. Mike has held board positions for years and became the North trail boss because of his particular interest in trails, grooming, marking routes, etc.

He currently rides a 2010 Ski-Doo Expedition and loves getting out.

“I love being able to get back into places you don’t normally get to see if you’re not on a snowmobile,” he said. “You get to see scenery you otherwise wouldn’t be able to see. The terrain in the Whiteshell is so diverse. I used to run a snowmobile tour operation here and would have people come who were used to touring in the mountains and from the States. I could take them from wide open lakes to very narrow technical trails, through valleys to climbing rock ridges…it’s a very diverse landscape here in the Whiteshell with not too many places than can compare to it in Manitoba and with trails groomed to this extent.”

Adey used to run guided snowmobile tours through Lakeside Enterprises Ltd. one of his two companies. The local lodges would sell his tours to their guests and offered rides ranging anywhere from two hours to all day.

“Usually around Christmas time, we’d get lots of people from all walks of life,” said Adey. “People would come from Japan, Italy and Spain just to ride for a couple hours so they could say they’ve been on a snowmobile. They were so excited to be on a snowmobile in the snow in that type of environment. We did those tours for quite a few years before stopping 10 years ago.” 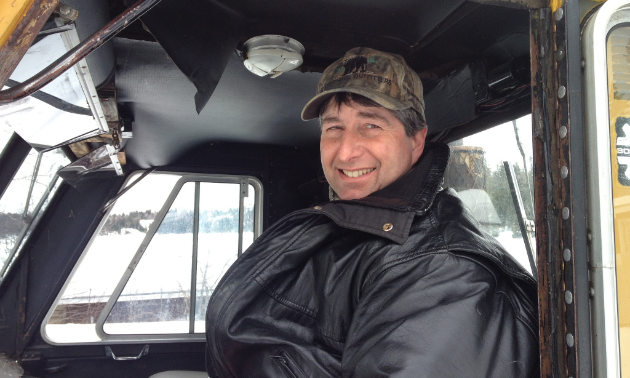 Mike Adey is an inaugural member of the Whiteshell Snowmobile Club and has a passion for sledding with his family. Photo courtesy Mike Adey

“That’s a passion of mine–trail grooming,” said Mike. “I love every aspect of it from cleaning trails, signing trails to checking ice to grooming. Grooming is the big thing. We’d groom a lot more miles than the groomers now. No one was there to tell us we couldn’t work over eight hours. We were given the keys by the government and made good trails, that was the bottom line. It was all entirely up to us. At the end of the day, we wanted to be proud when we came home. We always wanted to leave pristine trails wherever we were grooming and that’s what we did.”

Adey ended his career at Natural Resources in 2000 and has spent the last 16 years focused on making trails in some capacity. Whether it was for Lakeside Enterprises Ltd. or Whiteshell Outfitters or as the North Whiteshell trail boss for the Whiteshell Snowmobile Club, Adey has always been on the trails.

“Now that we have our own company, we do a lot of things that Natural Resources doesn’t do anymore,” said Adey. “The snowmobile club actually hires my company to brush trails, widen corners and other things, especially in remote areas. I’ve done countless miles of re-opening trails and restoration of trails and making trails safer. As the trail boss, I’m also the liaison between the club and the government.”

Mike’s passion for sledding has been passed on to his kids as well, especially his youngest son, Mitchell, 20, who is now an avid rider and has lots of fun designing and fabricating modifications to his sled in their welding shop.

“We would take them on rides going as far as the Northwest Angle with a baby and two preschoolers,” said Debbie. “Nothing stops Mike from getting out and sharing his passion. He’s even changed diapers on the seat of his sled. Having kids didn’t stop him at all.”

Mike is excited for the upcoming season and is hoping for an early freeze and then lots of snow, like so many other sledders. And something that will never change is his passion for the trails themselves.

“It’s never been work to me,” he said. “I’ve never dreaded going out to cut trails. I always look forward to it so I’ve never considered it a chore or work.”