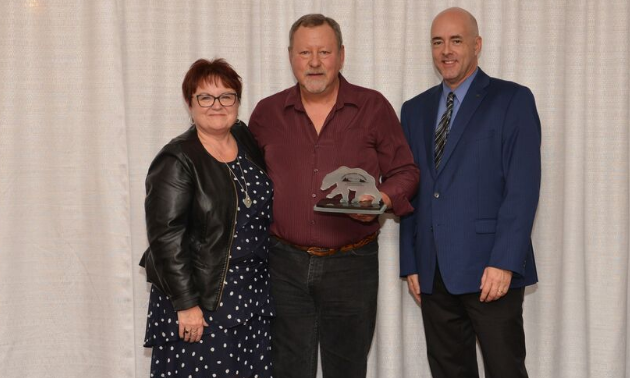 Old-school volunteer lifers like Dale Davis are in short supply and running out of vitality.

“I personally put in over 200 hours on 15 weekends last year grooming trails and stuff,” said Davis. “It’s an ongoing thing. It never ends. There’s always something to be done.”

The Alberta Snowmobile Association (ASA) Excellence Award-winner for Outstanding Snowmobiler has built up an impressive body of volunteer work in his 40 years on a sled. Davis has been a member of the Pembina Driftbusters in Westlock, Alberta, for 30 years, during which he has held numerous positions such as vice-president and trail co-ordinator. He’s done everything from building and renovating warm-up shelters to working on staging areas, grooming trails and clearing away a whole lot of debris.

One reason Davis takes so much pride in maintaining the trail system is that it’s practically his backyard.

“I live about 100 yards (91 metres) from the trails here,” Davis said. “It’s very convenient—just out the garage and away I go.

“I like our whole trail system—all 200 kilometres of it. It’s mostly bush on cutlines and pipeline leases with some small hills. There’s a lot of wildlife out here: moose, deer, wolves, weasels, mink and all kinds of smaller animals. We’re way out in the boonies.”

Despite his extensive contributions to the club, Davis was still surprised when he won the Outstanding Snowmobiler Award.

“It’s nice to be acknowledged for a change,” he said. 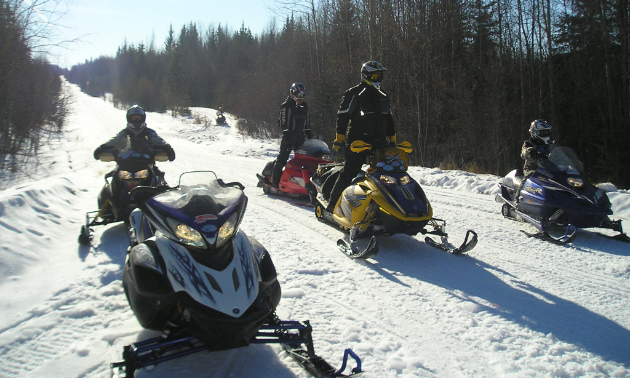 Dale Davis has cleared and maintained many of the trails around Westlock, Alberta. Photo courtesy Dale Davis

Rather than focus on his incredible body of volunteer work, Davis would like to focus on the future of the sport, or lack thereof.

“We’d love to get more younger people involved,” Davis said. “They like to ride but they don’t like to work. It’s the same old story. Memberships are dropping. Younger people don’t seem to want to be involved. For the few that do, we sure appreciate it. The average age of our group that does trail grooming is 55 years old. I’m 63. Our oldest is Lyle, the president of the club, he’s 76. Our vice-president just turned 70 this year. We’re getting to the point where we can’t do it anymore.”

The work these old-timers are doing is nothing to snuff at either. It’s physically demanding, painstaking labour.

“I don’t enjoy the willows, that’s for sure,” Davis said. “Everybody hates willows who comes out to clear trails. Normally we leapfrog. We’ll have two or three groups. One group cleans one area. Another leaps ahead and cleans another area and you just continue on. You don’t get any choice on what you clear. You clear as you go.”

Despite the hardship, there’s a reason Davis has completed all the gruelling chores over the years.

“It’s the people that you snowmobile with,” he said. “It’s the camaraderie—family get-togethers and stuff like that. You’re always meeting new people. A lot of people come from the city and surrounding areas to ride our area. You meet people all the time.”

Outstanding snowmobilers like Davis appear to be in short supply and running out. Younger riders are needed to continue the work that Davis and his generation of sledders have begun. If nothing else, Davis deserves to call “Not it!” the next time a trail needs to be cleared—especially if it’s willow duty.

On our Rad Radar: 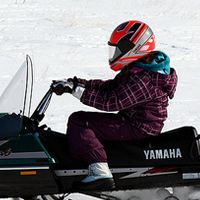 Westlock, AB Trip planner: What you need to know before snowmobiling in Westlock, AB

Trial maps, top snowmobile trails, club contacts and other useful information you can use before planning a snowmobile trip to Westlock, AB 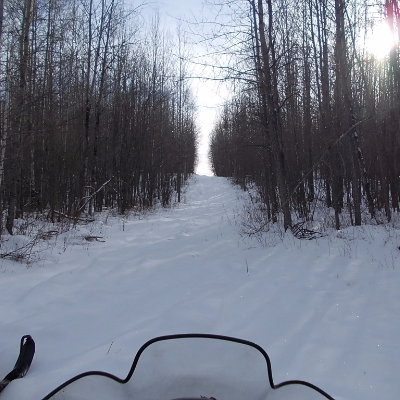 Westlock, AB Come ride with us in Westlock, Alberta

The Pembina Drift Busters invite snowmobilers to play on their Main Loop trail in Westlock, Alberta. 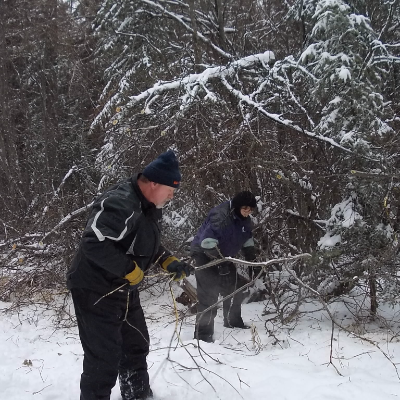 Westlock, AB Longevity, reliability and a moose: The story of Dale Davis