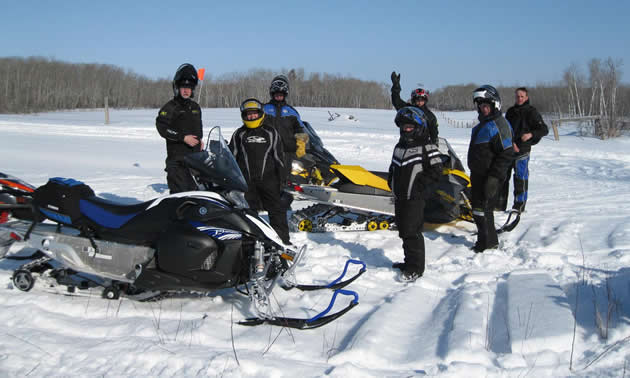 A group of sledders gather around their machines and wave at the camera. Photo courtesy Gerri Sametts

During the 2012/2013 season, Saskatoon, Saskatchewan, had the best snow conditions that Cley Sametts can remember—and he’s been riding in the area since he was a kid. Now he’s the president of the Saskatoon Snowmobile Club (SSC) where his wife, Gerri, is also a director. As a family dedicated to the sport, they’re getting ready for another great year.

“I’ll do all my own maintenance on my snowmobiles as well as any mods or alterations I need to do with them,” said Cley. “Now that I’ve got my snowmobile, my wife’s snowmobile and my son and my daughter both have small snowmobiles, there’s a significant amount of work just to get everything prepared for the season.”

Riding in the Saskatoon area generally gets started in December. The club grooms 130 kilometres for use by registered sled owners and promotes responsible land use and riding. Respect for private land and farmers' fields is essential—and should be obvious—but there remains plenty of great sledding in the area.

With a strong sledding community, Saskatoon also provides riders with another great piece of the sledding scene. Cley described a club event that will always be among his most memorable snowmobiling experiences.

“We had a night ride—this was probably about six years ago,” he said. “Everything seemed perfect . . . The people, the conditions. It was a really clear night sky, lots of moonlight and the snow was just gorgeous. My wife and I showed up a little bit late. We got lost going to the warm-up shack where everybody was supposed to meet. I won’t forget that either (laughs).

“There was a campfire. We went up to the shack, went for a nice big loop, came back to the shack and had a fire and some hotdogs and whatnot, and had a really nice chat. I got to know some people that I really didn’t know very well and then headed back home after that. It was one of those great rides.”

The SSC is looking forward to hosting a bigger event this year as the club plans to host a snowmobile rally for the first time in several years. The event is scheduled for early in 2014; watch the club website for details. Additionally, the club puts full support behind the Prairie Women on Snowmobiles initiative. It’s shaping up to be a busy season for riders in Saskatoon—and the Sametts can hardly wait.

“I’m looking forward to another season like last year—lots of snow and lots of fun,” said Cley. “My wife and I joined the club several years ago because we had just moved to the area and were looking for people to ride with. It has been a great experience.” 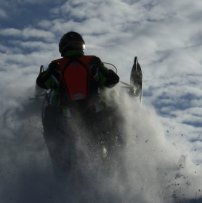 Trail maps, top snowmobile trails, club contacts and other useful information you can use before planning a snowmobile trip to Saskatoon, SK