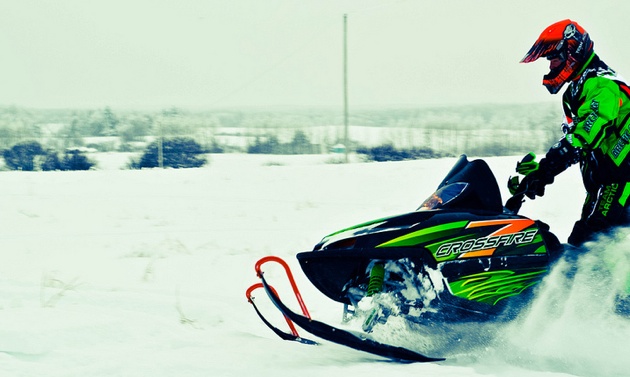 Get ready for the upcoming season with a ride at Duck Mountain, Saskatchewan. Photo courtesy Saskatchewan Snowmobile Association Inc.

A favourite pastime of Chris Brewer, president of the Saskatchewan Snowmobile Association (SSA), is to explore the winter wonderland of Duck Mountain Provincial Park near Kamsack, Saskatchewan.
Duck Mountain is a popular destination for avid sledders and the area boasts miles of trails, all groomed and signed. If it is winter scenery, wildlife watching or just lots of snowy sledding fun that you are seeking, then Duck Mountain offers it all. The provincial park (north of highway 57) has 65 square miles of trails waiting to be explored.

Chris Brewer is the full time president of the Saskatchewan Snowmobile Association (SSA), and has been sledding at Duck Mountain for years. Brewer first got on a sled 45 years ago. He was married on a sled and has been the CEO of SSA since 2000. To say that Brewer knows his way around a snowmobile is an understatement. He said to do this job is like a hockey player making it to the big league.

Every ride stands out for Brewer, so for him his best is hard to pick. But he does say that Duck Mountain is one of his favourite places to ride. It has a very high elevation and snow accumulation is very good, said Brewer.

“In and around Duck Mountain there is a great network and variety of trails in the park as well as surrounding it,” said Brewer. “It interconnects with a lot of communities and gives lots of opportunities to spend the day adventuring around, and there is some also great off-trail riding areas.”

Brewer enjoys exploring the area around Boomerang Lake near the mountain and said a number of his friends ride back there.
“Little Boggy Creek is a great trail and very adventurous,” said Brewer. “It has lots of steep climbs and lots of deep snow and lots of play area, and the nice thing is that there is a trail that takes you in there and a trail that takes you out.”

Brewer is worried he is giving away all his secrets, but he said the nice thing about the area is that Duck Mountain is on the border with Manitoba. He said it is a great day trip to cross the border and explore the communities there.

Preparations for the upcoming season

“I make sure that all my gear is ready, and my wife and I have already prepared our cabin for winter (close to Duck Mountain) so that it is ready to go,” said Brewer. “Given my job, with all the shows, meetings and workshops, I have to have everything in play early, as from here on in, we won't be back at the cabin until Christmas.”

What does your job involve as president of SSA? I oversee the staff and operations of all the trails and everything that goes with that in the province. I have great staff; we are a great team. I have some non-snowmobilers on staff, but they have the passion now—so will be snowmobilers in the very near future.

Are you with a club? Last Mountain Lake Drifters Snowmobile Club

What was your first sled? 1966 Ski-Doo Olympic. I got another one and totally redid it like new, and then I redid a 1967 and a collector in Saskatoon has them now. I still have two vintage sleds—a very unique 1980 Ski-Doo Elite with side-by-side bucket seats. My wife and I were married on this.

What do you ride now? I have a new 2014 Summit coming. I have been riding a Summit forever, and the combination of everything that goes with is fantastic. It fits the whole bill for me. 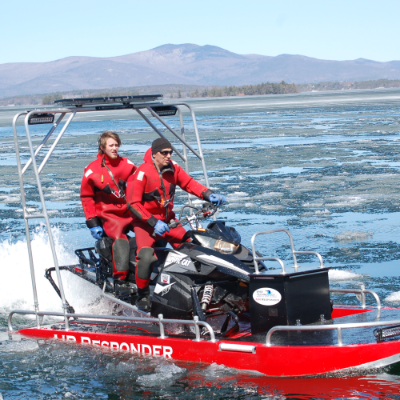 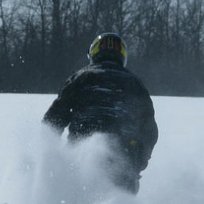