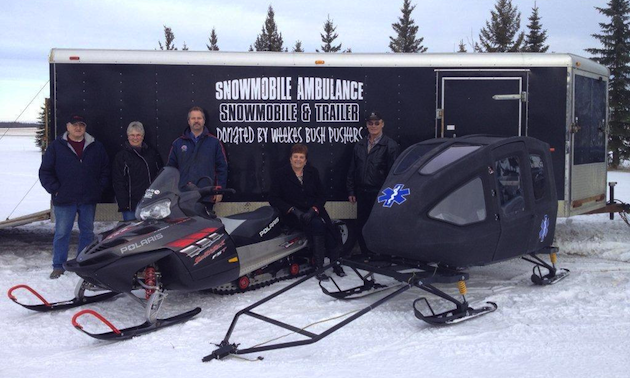 When the Weekes Bush Pushers decided to fold their snowmobile club, they were able to make a donation that allowed the nearby Porcupine Trail Blasters to purchase a new groomer and a snow ambulance complete with a snowmobile to pull it and a trailer to haul it around. Photo courtesy Kelly Dahroug

Kelly Dahroug was an occasional snowmobiler before he moved to Porcupine Plain eight years ago to manage the local Co-op Service Centre. But the town’s beautiful surroundings and the important role that snowmobiling plays in the community soon led to him becoming an active member of the Porcupine Trail Blasters.

“We all put the time necessary in to keep the club active, because it betters our community and it brings people to the area,” said Dahroug, who spends many volunteer hours grooming trails. “But it’s also incredibly beautiful out there when you’re out riding the trails and just immersed in the scenery. It’s a really enjoyable ride.”

That seems to be a sentiment many agree with, as new all-season cabins are popping up throughout the area, bringing a renewed sense of energy to Porcupine Plain and the nearby Greenwater Lake Park. The park itself has recently undergone a trail renovation that has widened its trails and smoothed them out, clearing them of debris. While the renovation meant little or no snowmobiling this year, Dahroug said it was a short term pain for long term gain.

“Their trails are going to be really beautiful next year,” said Dahroug. “It’s just unfortunate that all the snow came before they had a chance to finish them, so the process of making the trail meant that they weren’t accessible to us this year. But next year they’ll be great.”

Dahroug admits it’s not always easy balancing a busy career with grooming 170 kilometres of snowmobile trails, a job he shares with Joe Szolkavich. However, Dahroug said he knows the rewards both for the community and for himself as a sledder are well worth the effort.

“Snowmobiling is a really big activity here, and the chance to get out and really enjoy [the trails] without having to worry about anything is one of the reasons we work so hard as a club to maintain the trails and make sure they’re always ready and in good shape.”

For Dahroug it was also an opportunity, when he first moved to the community, to meet new friends.

“It’s a very social thing,” said Dahroug. “And the fact that the trails are so family-friendly means that it’s not just an activity for the young guys—it’s for everyone. Families, older folks. . . everyone can go out and have a great time when they come here. And with the amount of snow we’ve had this year, there’s also lots of powder for those who like it.”

Part of that socializing takes place each February when the club hosts its annual snowmobile rally, an 80-kilometre ride that’s open to anyone who wants to participate. It features three square meals: breakfast, lunch along the trails and a Saturday night supper with music and a cash bar.

The Trail Blasters know that the success of their club is due to the hard work and dedication of volunteers like Dahroug, who understand the importance the sport of snowmobiling to the community.

“We can be really proud of the scenic trails we have,” said Dahrough with pride.

On March 17, 2013, the fourth annual Cove Cruise snowmobile rally takes place at the Greenwater Cove Resort. Breakfast and registration run from 9 a.m. to 12 p.m. Cost is $25 per rider and includes prizes, trail lunch and supper. Prizes and awards will be given out at 7 p.m. at the Cove, with all proceeds to the Porcupine Trail Blasters snowmobile club. For more information contact Darren Teale at (306) 278-2992 or email [email protected]

Club at a glance 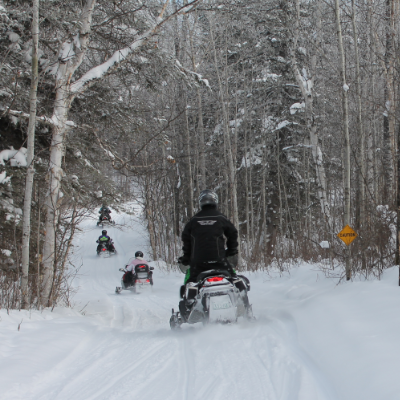 Trail maps, top snowmobile trails, club contacts and other useful information you can use when planning a snowmobile trip to Porcupine Plain, Saskatchewan 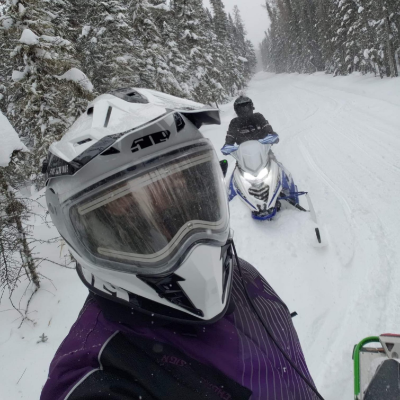 Porcupine Plain’s trail system is littered with cozy warm-up shacks where you can rustle up grub, dry your socks and meet new people that feel like old friends