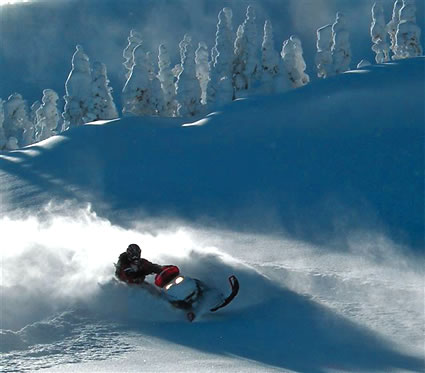 Cory Gratton frequently sleds on Morfee Mountain because it is easily accessible.

If you ever head up into the mountains around Mackenzie in the winter, expect to run into Cory Gratton on the slopes and meadows with his 2010 Polaris RMK 800.

The 16-year-old snowmobiler has been riding machines since he was a kid, as hitting up nearby trails was a way to spend time with his family and grandparents.

Now, whenever he feels the itch to get on his sled, Gratton goes out just past his dad’s backyard and heads up Morfee Mountain to play in the alpine flats, climb hills or ride the trails. If he’s feeling a little more adventurous, he’ll load up his RMK 800 and drive to one of the many different riding areas surrounding the community.

Great snow quality and the opportunity to do any kind of snowmobiling are what make Mackenzie such an appealing destination, said Gratton.

Gratton’s mom, Jackie MacCarthy, used to drag race her sled at the rodeo grounds when she was younger and Gratton would watch her outgun all the competition in her class—including the men.

While he hasn’t followed in her racing footsteps, Gratton will often try to outdo his dad, Trevor, when they’re riding together by pushing up the speed a bit or climbing higher on a hill.

“I like to try to beat his highmark or blow some snow in his face,” Gratton laughed.

While a lifelong Ski-Doo rider, Gratton said his latest sled is a Polaris. He likes the stability of the new machine—as he is used to riding older ones—as well as the weight change that comes with it. 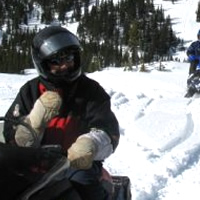 Mackenzie, BC Trip planner: What you need to know before snowmobiling in Mackenzie, B.C.

Trial maps, top snowmobile trails, club contacts and other useful information you can use before planning a snowmobile trip to Mackenzie, B.C. 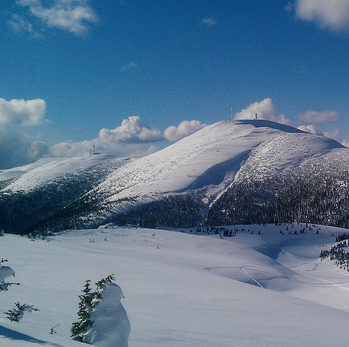