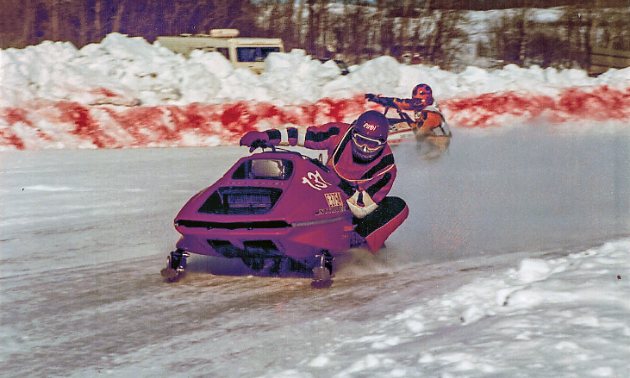 Rudi Gretschman raced snowmobiles in Manitoba for 10 years. Here he is on a Rupp snowmobile in 1975. Photo courtesy Theresa Regier

If you’ve ever ridden snowmobile trails in Lac du Bonnet, Manitoba, you can thank Rudi Gretschman.

A retired carpenter, Gretschman has been building his entire life, including the Lee River Snow Riders. “We formed the club in ‘86,” he said. “Somebody had to step up, and I guess I was it.”

A reputation had grown for Gretschman. He raced snowmobiles for 10 years across Manitoba and managed to snag a few trophies along the way. That caught the eye of other riders in the area who needed a leader. “They singled me out because I was on the racing circuit and that’s how they knew me,” he said. “I’ve never stopped working for the club. Once you’re in, you’re in for life.”

Current vice-president of the club Brian Smiley said, “He’s truly a pioneer in our sport.”

Gretschman’s resume certainly backs up that claim. He is the Lee River Snow Riders founding member and past president and is responsible for the trails that exist around Lac du Bonnet. “All of our trail systems that we have, I put them in place,” he said. “We’ve got about 225 kilometres that we maintain and groom all the time. I like Rose’s Trail. You’ve got everything in it. Straightaways, forest and lots of rocks. There’s never a dull moment when you’re on it.”

Creating trails takes a long time. “It took us seven years to finally get from one end to the other end,” he said. “It took another seven to reach all the way up to Pinawa.”

Once the trails had been made, somebody had to groom them, and that too fell on Gretschman. “For two days you’d groom on a machine that has a frozen solid square seat,” he said. “It took an hour to warm up the little spot you sit on and then you’d groom with only a four-foot groomer. That’s the good old days, ha ha.”

Gretschman’s contributions have been recognized by the club and a warm-up hut has been named in his honour. 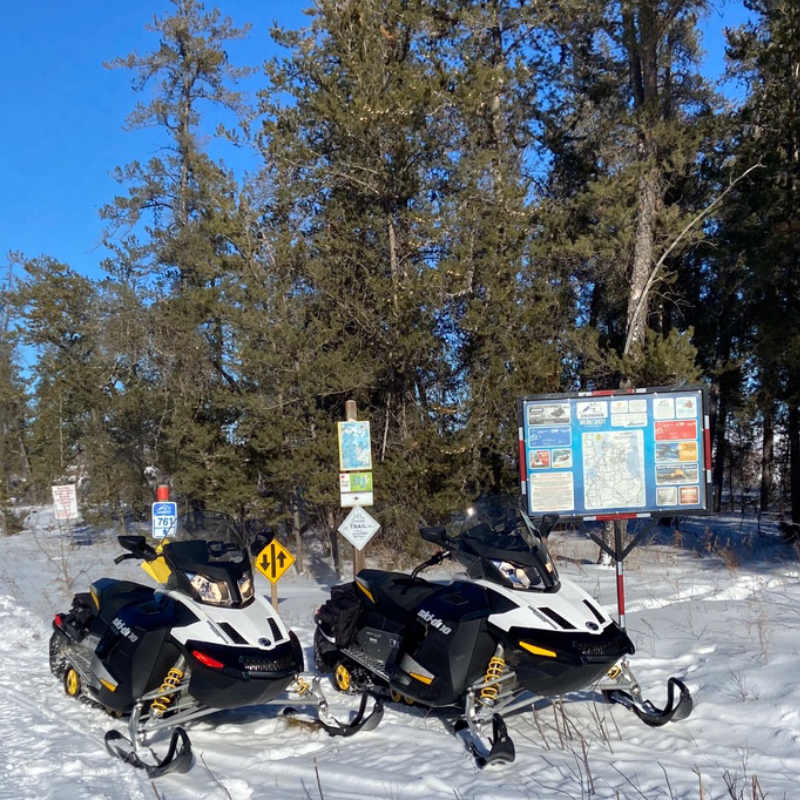 Trail maps, top snowmobile trails, club contacts and other useful information you can use before planning a snowmobile trip to Lac du Bonnet, Manitoba 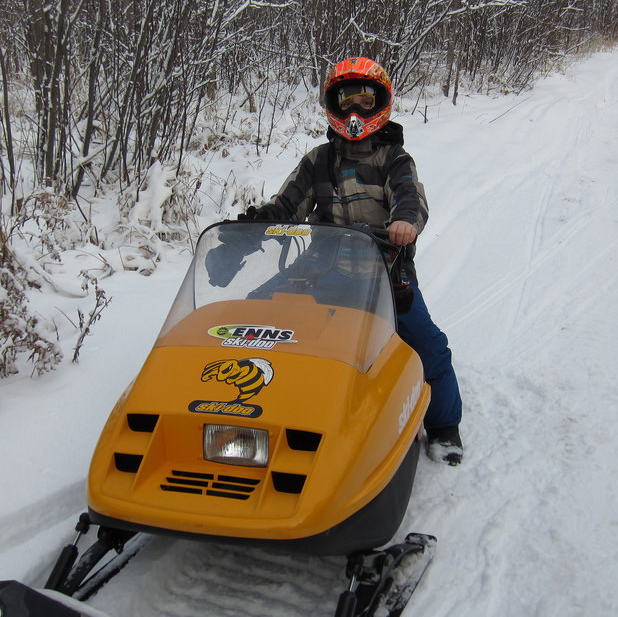 Sledders are in their glory when they experience the Lac du Bonnet terrain.