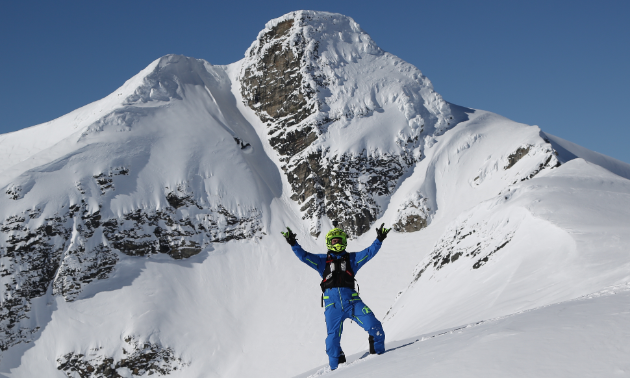 Before he passed away, Rene St. Onge was deliberate in his approach to enjoying life to the fullest. Photo courtesy Rene St. Onge

The snowmobiling community lost a beloved member on December 9, 2018. Rene St. Onge, Eagle Valley Snowmobile Club member as well as snowmobile lodge and shop owner, died during a snowmobiling rollover on Queest Mountain, north of Sicamous. The 51-year-old was riding with a group of five other snowmobilers when his sled rolled into a creek bed, pinning him underneath. Individuals within the group administered CPR but St. Onge could not be revived.

Two months ago, SnoRiders caught up with St. Onge to talk about his best day ever while snowmobiling. It was clear that his passion for the sport was unequalled.

“I snowmobile more in a season than most people do in their entire lives,” St. Onge said at the time. “It’s almost impossible to describe the beauty of the snow-capped mountains. We see what the majority of the world never gets to see.”

As you would expect from someone whose motto was, “Not much living happens in the living room,” St. Onge was deliberate in his approach to enjoying life to the fullest.

“I’ve never done cocaine, but doing big drops and shoots is probably similar to taking a heart-racing drug,” he said during the interview. “It’s my snowcaine.”

We here at SnoRiders extend our condolences to Rene St. Onge’s family, friends, the Eagle Valley Snowmobile Club and those grieving throughout the snowmobiling community.