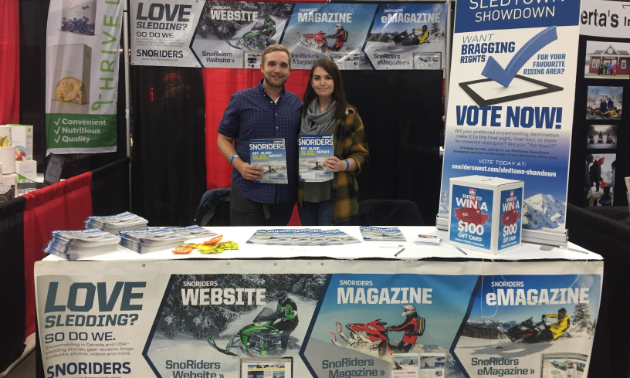 (L to R) Jason Woods, advertising consultant for SnoRiders magazine, and Samantha Ranger represented SnoRiders at our booth at the Alberta Snowmobile and Powersports Show in Edmonton, Alberta. “It was a wonderful experience and we hope to return for the 2019 show!” said Woods. Photo courtesy Jason Woods

October in Edmonton means autumn colours, Oilers hockey and the Alberta Snowmobile and Powersports Show. Eager snowmobilers gathered at the Edmonton Expo Centre for the weekend of October 12 to 14 to amp themselves up for the upcoming sled season. Jason Woods, advertising consultant for SnoRiders, took in the event, sharing his photos and thoughts on Alberta’s biggest annual snowmobiling shindig.

Take a gander at his pics and comments, then say “hi” to him if you happen to be going to the Saskatchewan Snow Show at Prairieland Park on the weekend of November 2 to 4, 2018. 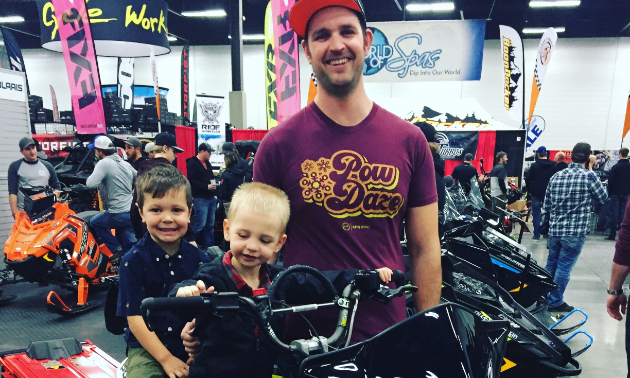 “This rad dad rider brought along his boys to get them geared up and ready to ride,” said Jason Woods. “Two future sledheads in the making.” Photo courtesy Jason Woods 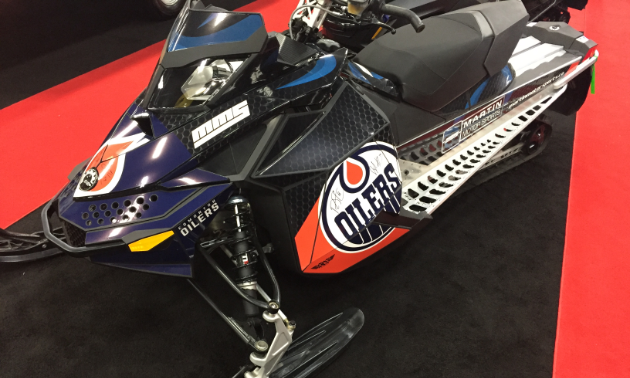 Oiler pride was on full display at the 2018 annual Alberta Snowmobile and Powersports Show. This sled was signed by a few of the greats. Photo courtesy Jason Woods 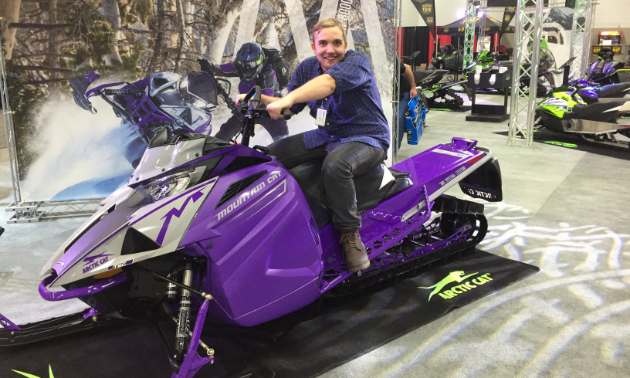 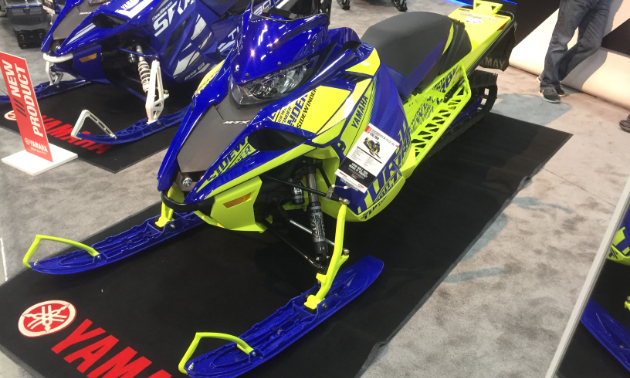 “The energy at the Edmonton Expo Centre was palpable,” said Jason Woods. “Thousands of sledheads came together to celebrate our love of riding!” Photo courtesy Jason Woods 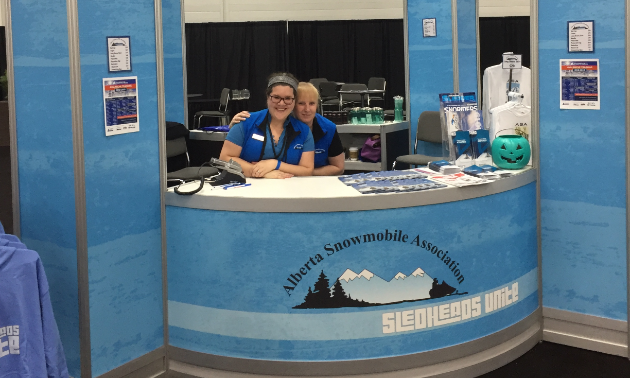 “A huge thank you to our gracious hosts, the Alberta Snowmobile Association, as well as the staff at the Edmonton Expo Centre,” said Jason Woods. “They worked very hard to put on an incredible show!” Photo courtesy Jason Woods

Here are a few of the accentuated highlights and giveaways at the show: