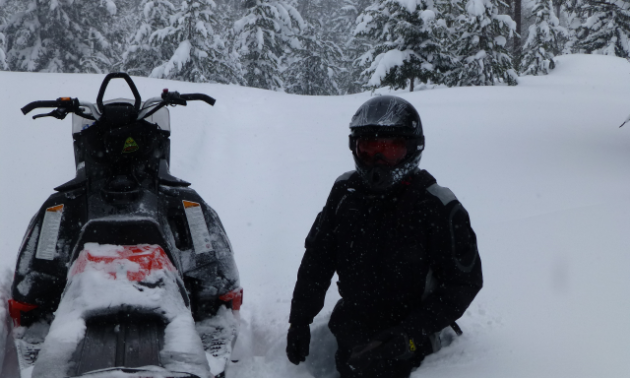 Deep. That’s the most accurate word to describe snowmobilers around Tulameen, B.C. Mike Wichmann has been sledding around Tulameen, northeast of Hope, B.C., for years.
He describes himself as a deep-powder freerider and Tulameen gives him many opportunities to get caught waist-deep in snow. 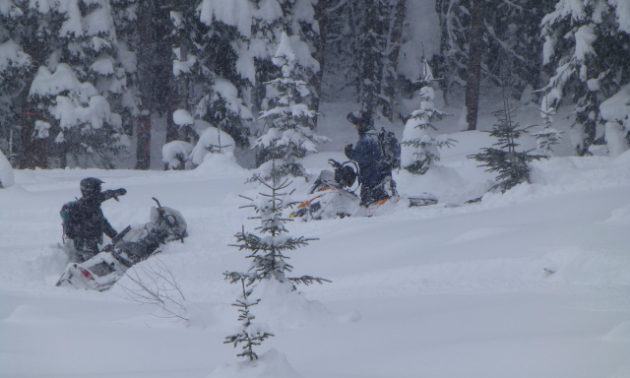 Some snowmobilers got stuck during the poker run last year. Mike and Harvey Jones usually run the sweepers at the back of the pack and pull everyone out. Photo courtesy Mike Wichmann 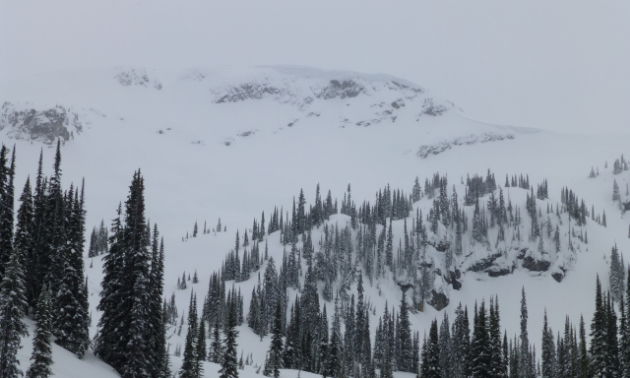 Deep powder isn’t the only thing keeping Tulameen together; the Timberline Cruisers Snowmobile Club is a tight-knit bunch that not only keeps the trails maintained but helps out in any way they can. “I have been called out of bed at midnight to join a search for a missing sledder,” said Wichmann. “Our community really sticks together to support this sport. I wouldn’t trade it for anything. They are the best people around.” 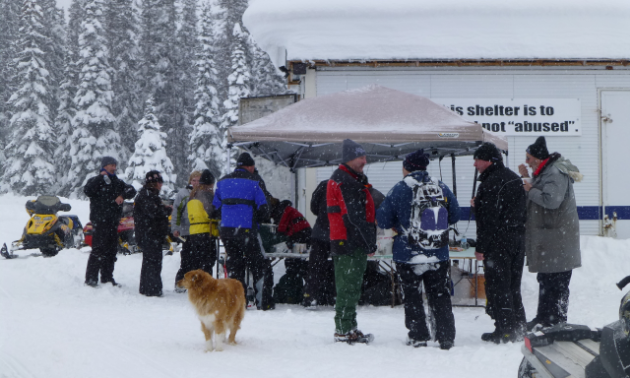 The Timberline Cruisers keeps its members busy with events like the Firewood Fundraiser and its annual snowmobile dance. Dancing is quite a popular activity for the group, especially for one man named Mr. Pitt. Wichmann is excited to see Pitt do a snow dance again this year as it  “seems to work very well,” according to Wichmann. Whatever they’re doing in the mountains keeps bringing in an abundance of snow, so expect those rituals to continue. 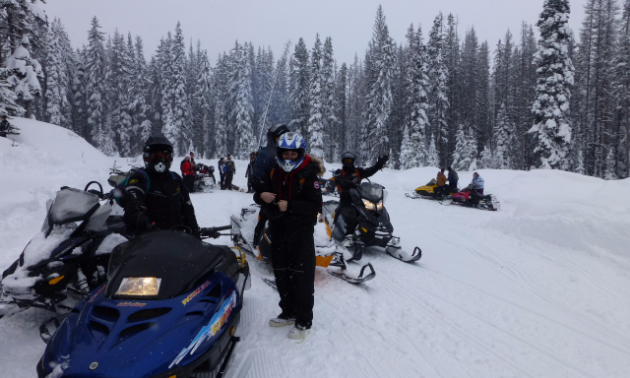 “Tulameen is a great riding area,” said Wichmann, “always has been. Ride right from the front door of the cabin. We can reach 7,000 feet of elevation in a very short ride.” With a track record that consistently provides snow, Tulameen gives mountain riders an enjoyable sledding adventure each time they dive into the winter wonderland. Newbies may need to rack up some experience before braving the steeper sections as Wichmann warns the learning curve is quite rapid when you can’t turn back. 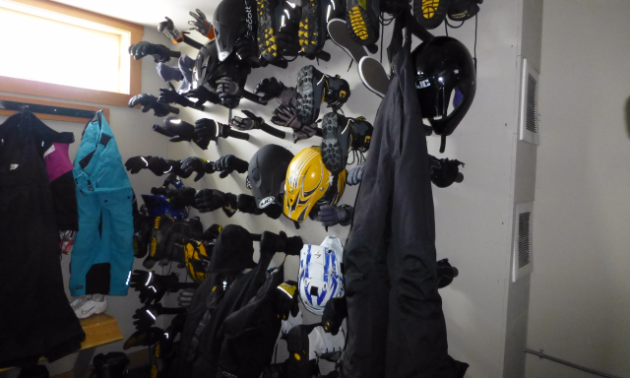 The drying rack at the Timberline Cruisers cabin fills up after a long day of sledding. Photo courtesy Mike Wichmann

With so much cushiony powder to soften the impact of falls, riders may be tempted to try a few tricks. Wichmann’s managed to pull off “The Superman” but admits he was shaken up during one of his attempts. 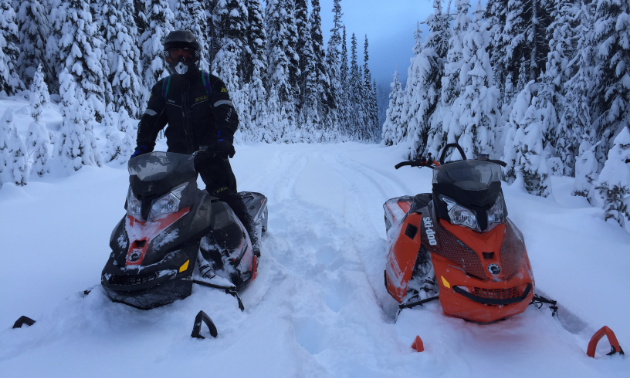 Experience parts of beautiful B.C. that can’t be found without a snowmobile. Photo courtesy Mike Wichmann

What riding in Tulameen promises for every snowmobiler who graces its mountains is that you can ride in areas that you could never access any other way but on a sled. If that’s the experience you’re seeking, go deep with Mike Wichmann and the Timberline Cruisers in Tulameen. 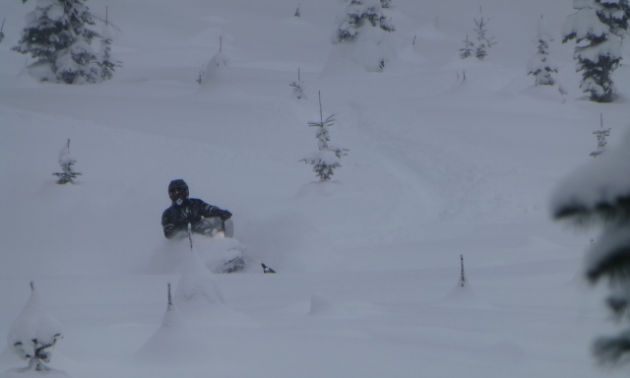 Bragging rights: “Not falling off” 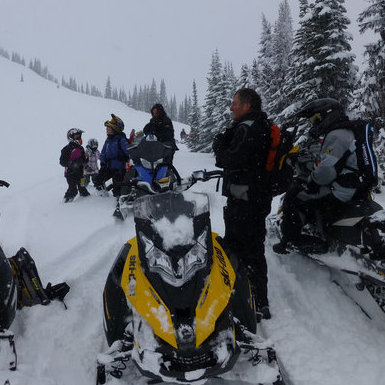 Hope, BC Trip planner: What you need to know before snowmobiling in the Lower Mainland

Trial maps, top snowmobile trails, club contacts and other useful information you can use before planning a snowmobile trip to the Lower Mainland 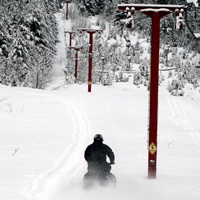 Hope, BC Discovering a winter wonderland

The Sunshine Valley near Hope, B.C., might just be an exciting sledding destination you haven’t yet started to explore.