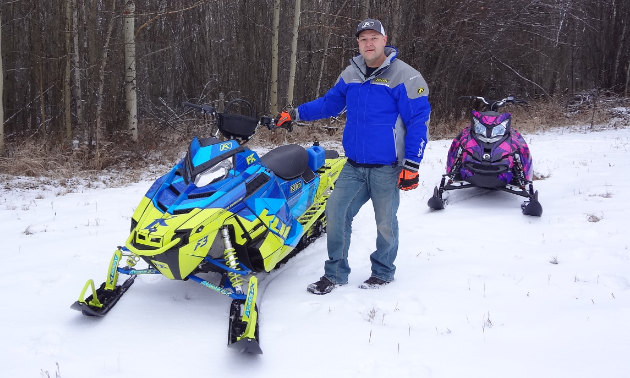 “I spend just as much time in the garage as I do riding,” said Greg Barry. “It isn’t even work for me because I love it so much.” Photo courtesy Greg Barry

Greg Barry is a man of many talents. He could just as easily repair a big rig using his mechanical prowess as serenade onlookers with one of his various musical instruments. On a snowmobile, he’s an iron man, not because of his penchant for flight, but rather his uncanny ability to foresee a bad situation before it happens and avoid it, which is why he’s never succumbed to an injury worse than a twisted knee and a bruised ego. What truly sets Barry apart; however, is his proficiency at customizing snowmobiles to make them go faster than the average bear.

“When you’re a mechanic and a gearhead, I think modifying and customizing your sled is inevitable,” said Barry. “I do some engine rebuilds, general repairs and welding for friends to keep them on the snow, but I really focus on the performance end of things—turbocharging, in particular. I’ve built and tuned many turbo sleds for myself and my friends. I’ve also taken to doing this with motorcycles.”

Once Barry honed his technical skills and got the (snow)ball rolling, his creativity took over.

“One project turned into another and another and I got good at it,” he said. “As unbelievable as it may seem, it isn’t even work for me because I love it so much. It’s become a creative outlet for me. I spend just as much time in the garage as I do riding.”

When Barry is out riding, his favourite place to explore is the Golden Triangle.

“This is a trail system that links our club’s trails (Northland Sno-Goers) to the Swan Hills trails over to the Whitecourt trails and back to Fox Creek again,” he said. “There is a lot of varying terrain and different types of scenery on that route. If you push just beyond the high traffic trails close to town, there is some awesome riding out there. Lots of off-trail riding too, if that’s your thing.”

As a kid originally from St. George’s, Newfoundland and Labrador, Barry caught the sledding bug at an early age from his dad because his old man hauled firewood via snowmobile. Although Barry doesn’t use a snowmobile for the same practical purpose that his father did, he’s no less exploratory.

“For me, it’s all about the experience and the views,” he said. “Whether riding locally or at the top of a mountain in the Rockies, my snowmobile has taken me to some amazing places that most people don’t get to see. I always get a kick out of that and try my best to never take it for granted.”

Rider: Greg Barry
Where: Fox Creek, Alberta
Occupation: Mechanic in the oil and gas industry
Bragging rights: Master craftsman at modifying and customizing snowmobiles, especially in regards to turbochargers
Local ride recommendation: “Our West Heavy Sound Loop is a favourite of most,” said Barry. “It’s a trail that goes toward the Legion’s cabin and our trappers cabin. It has lots of different terrain and has a fantastic view of the Iosegun River Valley.”
Weapons of choice: 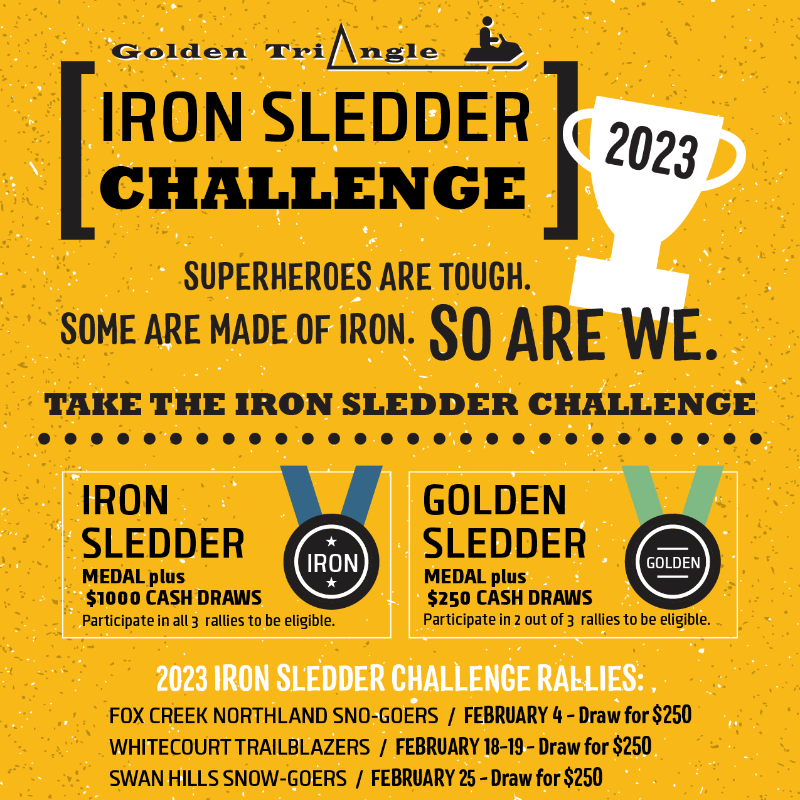