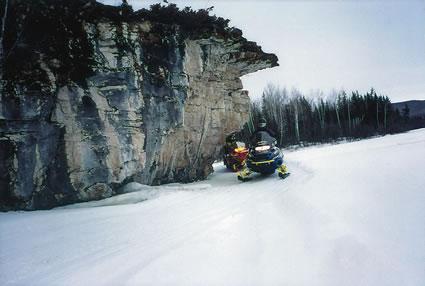 The terrain, flora and fauna of the Fort McMurray area make for scenic snowmobiling. The extensive network of trails helps, too. photo by Dwayne Brandly

The McMurray Sno-drifters Association is an active club, with a growing membership and an expanding network of trails.

Former trail co-ordinator, welder and avid snowmobiler, Bill MacDonald—who has snowmobiled in the Fort McMurray area since 1980—believes the club is vibrant and strong.

During his stint with the club, MacDonald worked to maintain and expand the Stoney Mountain Trail.

The Stoney Mountain Trail boasts some of the highest vantage points and deepest valleys in the Fort McMurray area. The trail also skirts the Stoney Mountain Wildland Park, which allows for great wildlife watching. Species in the area include moose, caribou and wolves—to which MacDonald can attest.

“I came off night shift and went for a little ride,” said MacDonald. “I went out into the middle of the lake and laid back with my head against the steering column. When I woke up, there were wolf tracks all around me—10 feet away.”

The Sno-drifters are slowly linking the Anzac trail system up with the Stoney Mountain network. The process has been slow and deliberate, since there are so many industry stakeholders in the area. MacDonald said that co-operation is increasing. The club had an especially good experience with Petro Canada, during major exploration the company conducted around the Stoney Mountain Trail a few years back.

“You couldn’t ask for better,” said MacDonald. “I had a lot of dealings with them. If I needed a piece of machinery to do some work, it was just a matter of making a phone call.”

MacDonald recommends riding in “Murray” for the range of riding areas, the growing trail system, good accommodations, good people and a great club.

“I am very positive about that club and the future of it,” said MacDonald. “There is a lot of new blood in the club now and some great ideas. They’re talking major expansion of the club right now.” 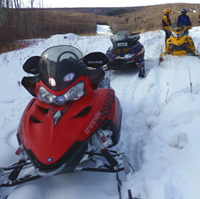 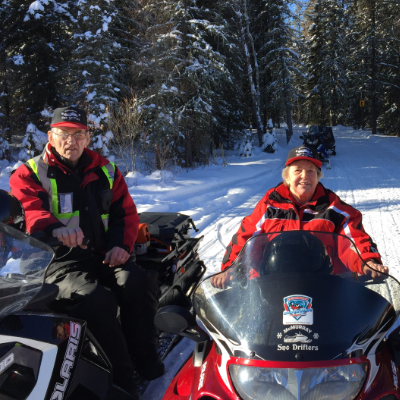 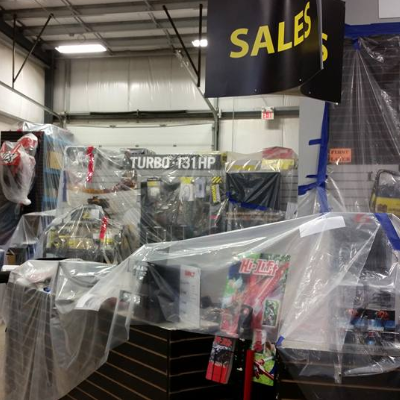