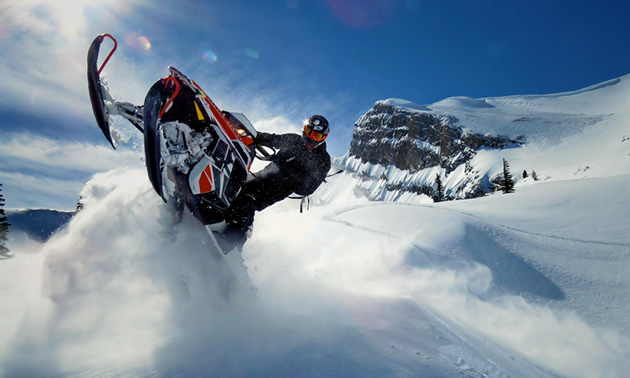 Sometimes, we get so caught up in the thrill of thumb meeting throttle that we forget to stop and take photos. Enter Callan Senyk. photo courtesy Throttle Ops Photography

The Elk Valley is renowned for its world-class ski resort, but it wasn’t boards or bindings that brought Callan Senyk here in 2013. It was the snowmobiling.

Growing up in the small town of Creighton, Saskatchewan, Senyk spent much of his youth on a snowmobile, exploring the trails with his dad and ditchbanging with his buddies. Eventually, the stories of what was going on out west lured him out of his comfort zone to give mountain riding a try. One visit to the snow-plastered peaks and he was hooked.

After that, yearly winter crusades took him all over the southern B.C. sled map. But it was in the Elk Valley that Senyk found work in the coal mining industry and a new place to settle. Now, on his days off, he has only a short drive to get to the goods.

Corbin and Coal Creek (a.k.a. Morrissey) are his go-to ride zones.

“They are both large areas and offer so much diverse terrain for everyone,” he said.

The Elk Valley, and more specifically Fernie, has become a hotspot for sledders coming in from the prairies and Senyk would know since Saskatchewan is where the majority of his clientele is from.

Last winter, he started Throttle Ops Photography—what is now a budding business that blends his obsession with snowmobiling with his lifelong love of photography.

“I was always taking pictures when out riding with my buddies and progressively got better,” he said.

So far, Senyk has kept busy through word of mouth and he’s been able to meet a variety of different riders.

“I’m happy with how it went for the first season,” he said. “All the clients I’ve had will be return clients. And they’ve told their buddies.” 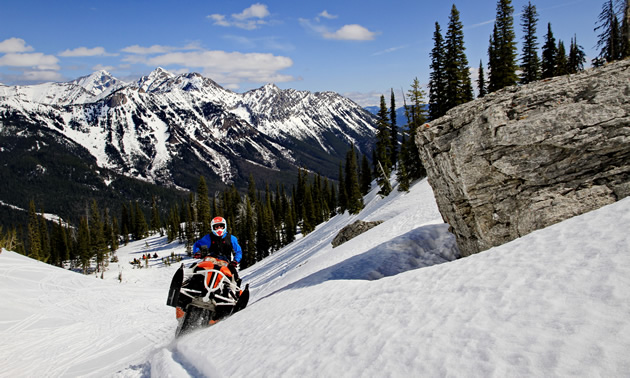 Staying behind the lens, especially on a good snow day, isn’t easy, but that’s why Senyk started Throttle Ops Photography.

“Guys love coming here to go riding but they don’t stop to take a camera out,” he said. “Everybody gets carried away and having a blast so they go home and their wives and kids don’t get to see what they are doing. They miss a lot of the beautiful pictures. That’s what I enjoy about it. I get to give them something to take the memories home with them.”

Hence, photos of Senyk are pretty rare. Plus, when he’s not on a photo shoot, he tends to spend most of his time in the trees, searching out the tight and technical lines.

“I like the challenge and I try to be the best I can at everything I do so the more I ride, the more I push myself,” he said. “You end up riding with better riders and you just grow.”

This winter, Senyk will be hitting the scene even harder with upgraded camera equipment and a new 2017 Mountain Cat. All he’s waiting for now is snow.

“Summer’s alright,” he said, “but winter is my favourite.” 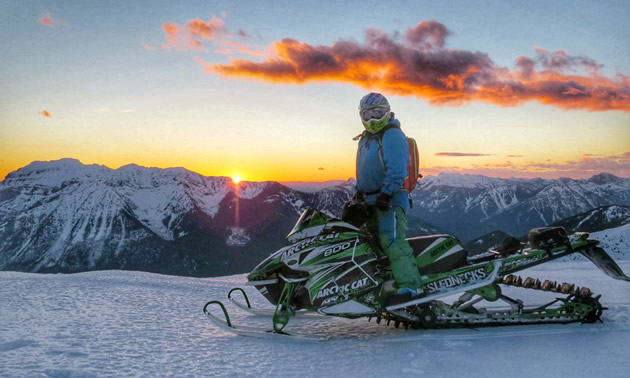 Bragging rights: Anyone can take a photo, but getting a shot you can proudly share with your buddies or put on the cover of a sled magazine takes talent.

Local ride recommendation: “My favourite area would be either Corbin or Coal Creek (near Fernie) as they are both large areas and offer so much diverse terrain for everyone.” 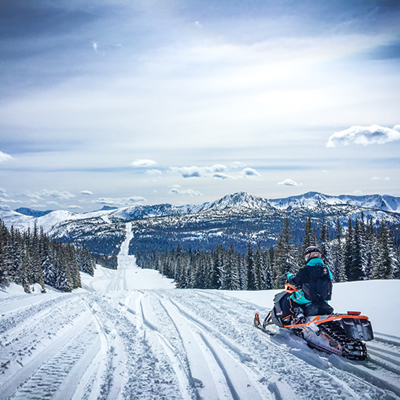 Fernie, BC Trip planner: What you need to know before snowmobiling in Fernie, B.C.

Trail map, top snowmobile trails, club contacts and other information you can use when planning a snowmobile trip to Fernie, B.C. 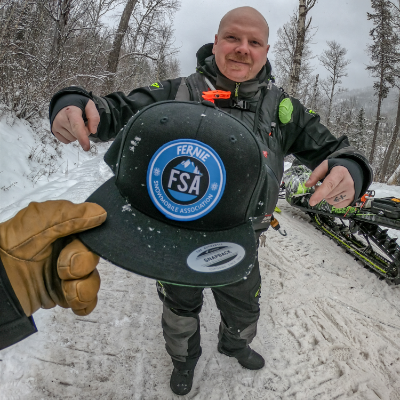