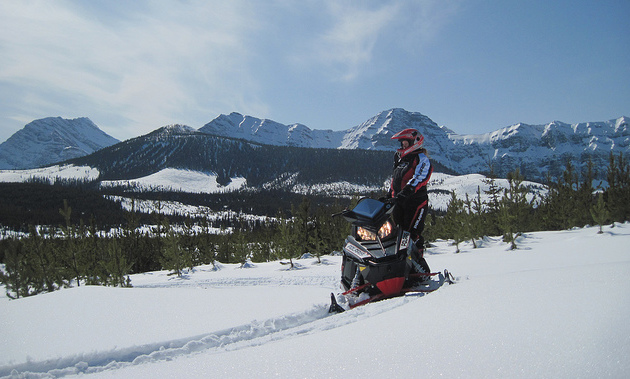 Jennifer Dewar-Jones started sledding in the winter of 2011-12, and is hooked on the fun and the beauty of the Crowsnest Pass. Photo courtesy Andrew Bokkel

With five staging areas and over 1,200 kilometres of trails, the Crowsnest Pass is one of the best snowmobile destinations in the country. It also has one of the most diverse selections of terrain, from groomed trails to steep and deep alpine bowls, offering something for riders of all ability levels. The riding season usually lasts from mid-December until the end of March or early April. The Crowsnest Pass is known for having an abundance of dry champagne powder, which only gets deeper as you get higher into the alpine—not to mention the trails offer some spectacular views of the surrounding mountains. 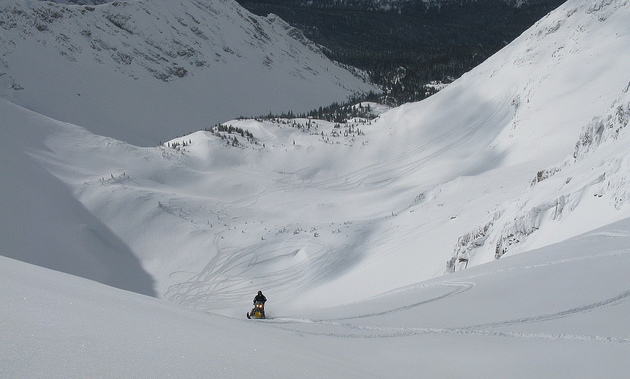 The Crowsnest Pass is known for its numerous bowls. Photo courtesy Barnes Ranch

The Crow Snow Riders are the caretakers of this domain and maintain two warm-up shelters on top of many kilometres of trails. The club, which has been around since 1991, averages 130 members per season and holds an annual poker run every February. This season’s will be held on February 6, 2016, with a potential second poker Run on March 26, 2016, if Mother Nature cooperates. They will be raffling off a 2015 Ski-Doo Summit 800 SP on March 26, 2016, regardless. More information can be found on the Crow Snow Rider’s Facebook page. 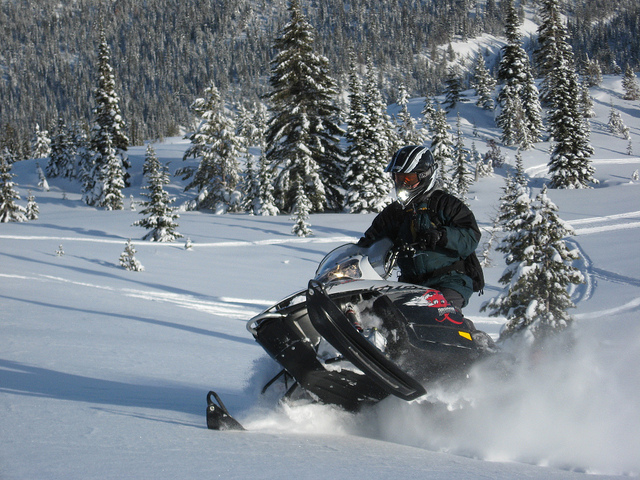 Dean Hudson travels some of the south trails in the Crowsnest Pass. Photo courtesy Dean Hudson