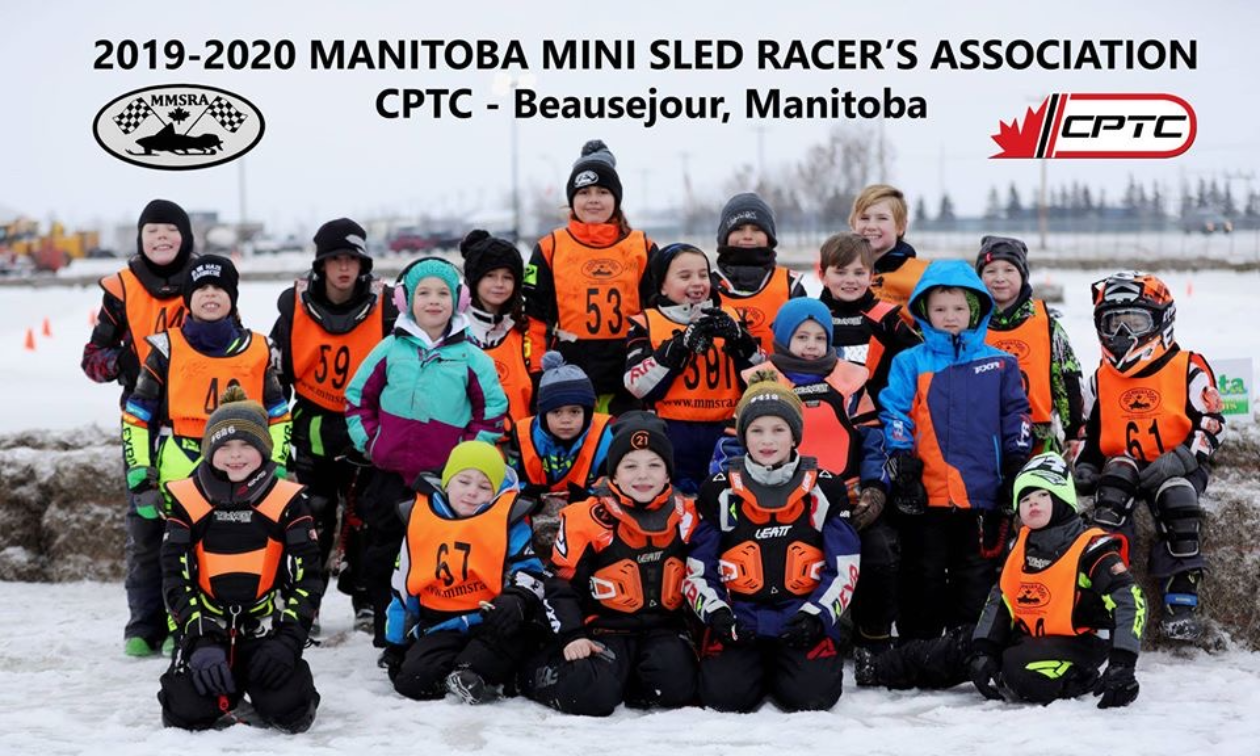 Ever since its inception in 2008, the Manitoba Mini-Sled Racer’s Association (MMSRA) in Beausejour, Manitoba, has been Canada’s gold standard when it comes to kids ice oval racing. One reason is because it’s the only kids ice oval racing in the country. Another is the organization’s dedication to promoting snowmobile safety and sportsmanship over the years.

“On the ice, our board members and race directors work with kids, teaching them proper racing techniques and racer etiquette,” said Tom Audette, President of the MMSRA. “The atmosphere is very good. Race teams are open to help each other out with sled preparation and getting ready to race. But once the helmets go on, then the competition comes out! After the racing is over, everyone is high-fiving and fist-bumping each other and congratulating each other on a great race. The kids are just as excited to see their race friends as they are to race them.” 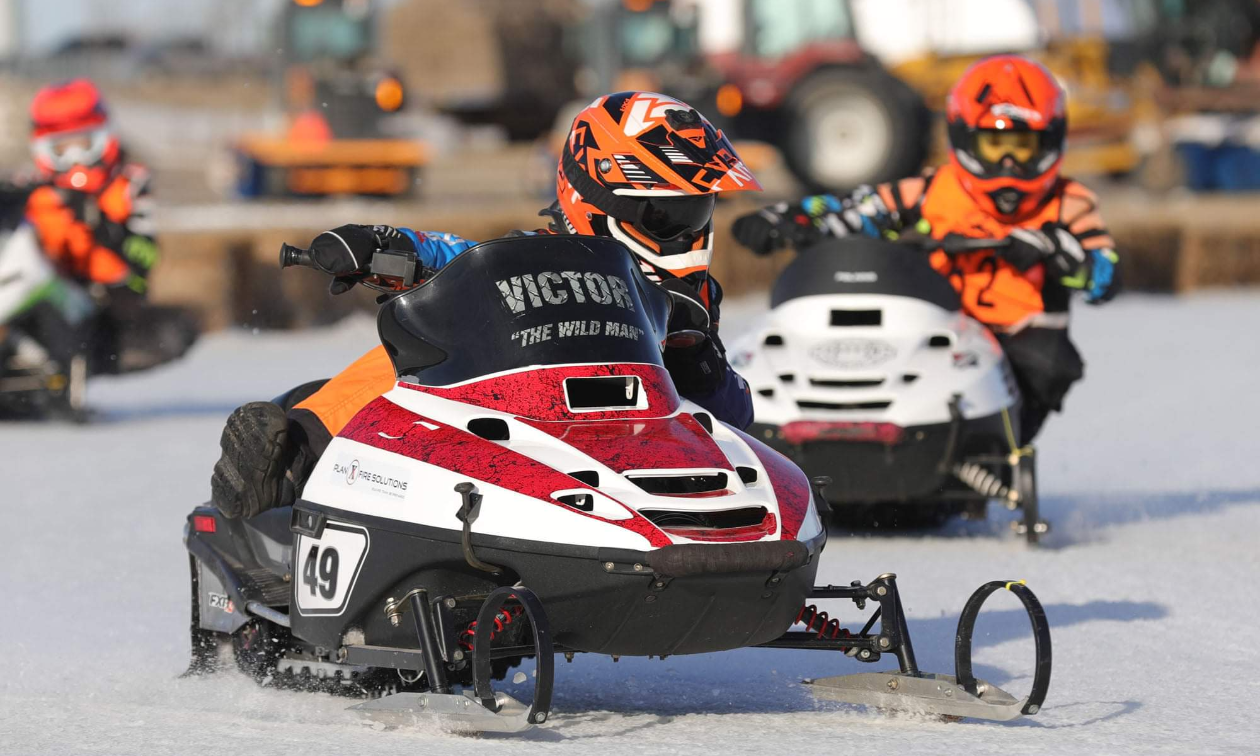 Racers can start as early as four years old and race until they are 14 years old. Photo courtesy Darryl Gershman Photography

Kids ice oval races are held at Beausejour’s world-famous Canadian Power Toboggan Championships (CPTC) track and the race season starts alongside the CPTC’s season opener at the beginning of December (cold weather dependent). Racers can start as early as four years old and race until they are 14 years old. Depending on registration, the MMSRA can have as many as 11 different classes (see below for the full list of classes and the 2022 schedule). The MMSRA hosts races with other kids racing clubs from the United States, such as the Wisconsin Kids Snowmobile Racing Association (WKSRA), KCPRO-East and Kids Pro Ice Racing, and travels across the border to race at those clubs' events.

“I love the whole experience, from race sled prep to getting the drivers ready to the sound of race sleds revving and the smell of racing,” Audette said. “It is a great alternative winter sport for those looking to do something different. These racers get to do something that only a handful of kids are doing in Canada. We’re in a special category.”

A typical race day begins by getting the track ready and placing safety bales out. There is an hour of hot laps to allow each team to work on any necessary last minute adjustments. After hot laps, the races begin. Each class runs three-to-four heat races of three laps each. After the heat races, the top five racers then move on to the finals race, which is a five lap race. Some kids race in as many as four different classes, so they can get a lot of racing done in one day.

“To watch a four-to-14-year-old child get on a race sled and go anywhere from 20-50 miles-per-hour, ski-to-ski and bumper-to-bumper without touching is pretty mind-blowing,” Audette said. “The kids’ smiles at the end of the day when they get their trophies makes all the work to get a race day ready worth it.” 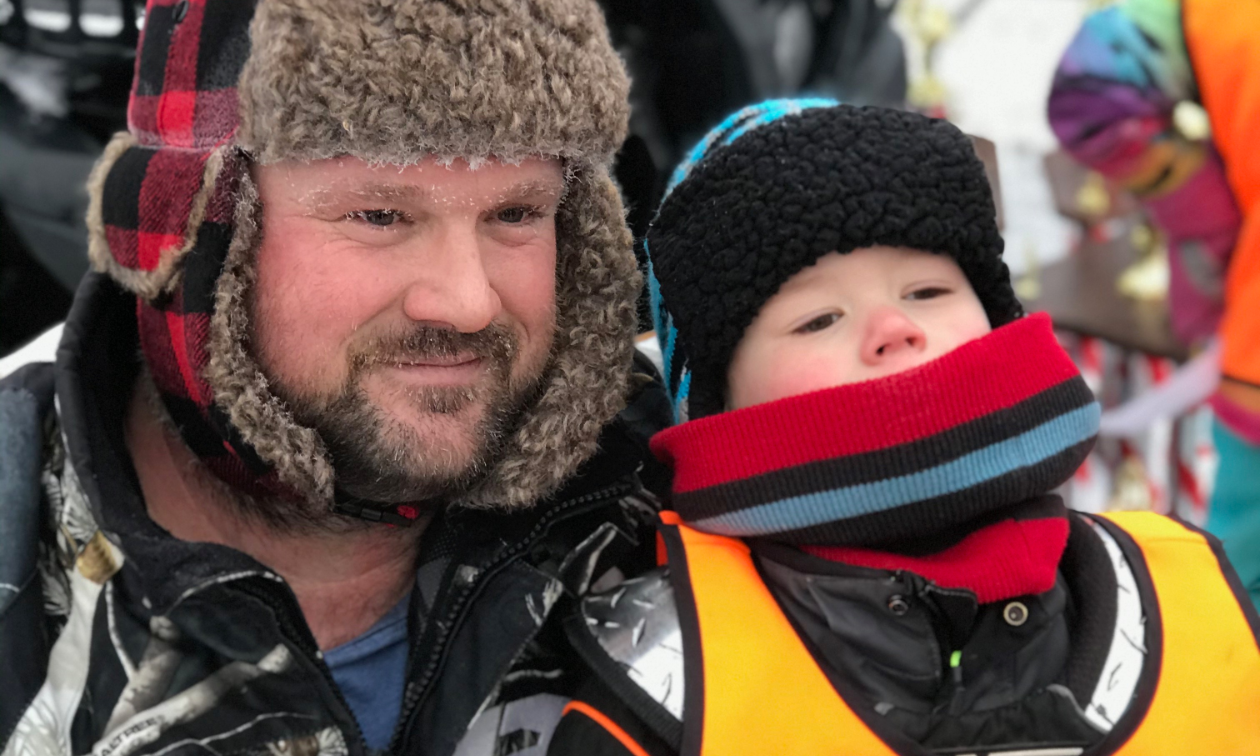 Membership can be anywhere from 14-35 racers depending on the year, and yearly membership fees are $200 per racer.

“Our goal was to keep it affordable for all to join,” said Audette. “This season we have been getting a huge amount of new member inquiries and people looking to have their kids try it out. We have a race-ready test sled at every event for people to try out. At our season opener and closer there is a $20 per person fee as the big track is also running alongside our races. At all other events, we do not charge people to attend as we want as many people as we can to experience the fastest kids on ice. When we are racing alongside the big track, we get a fair amount of people who come over to watch our kids race. Vehicles stop along the highway outside the compound to watch the kids race and take pictures.” 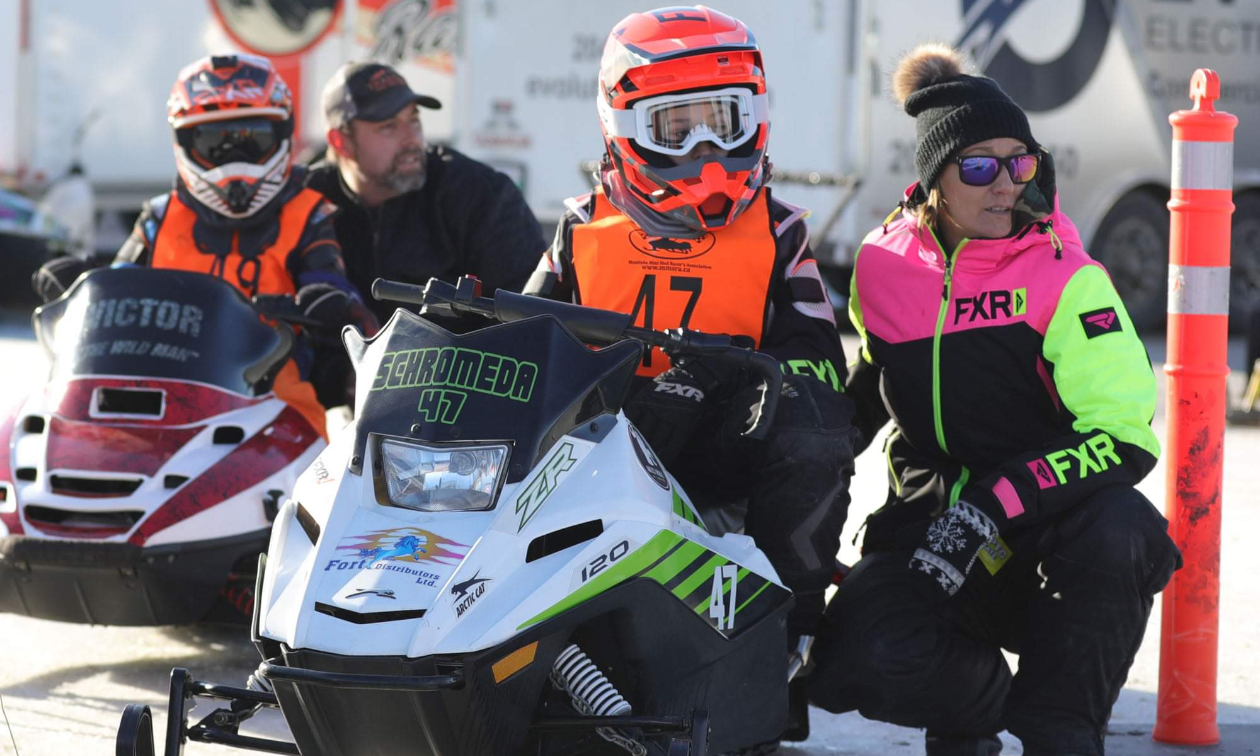 Many of the young racers move up to the big track, along with some of the best racers in the sport, who also started their careers in a kids ice racing club. Some of these young’uns who turned pro include Blaine Stephenson, Gunner Sterne, Nick Van Strydonk, as well as some local racers: Jordan Sobetski, Alyssa Gusta, Dylan Fox, Braxton Cassidy, Wyatt Mitchell and Xavier Cole.

“All these racers started out on a mini-sled on a track like ours,” said Audette. “Some of these racers have even returned to help out on our race days!”

One of the best things about the MMSRA and the sport in general is how it brings families together.

“It’s not the kind of sport where you buy some gear and go to a rink and then someone else coaches your kids for an hour,” said Audette. “This is you and your kids, hand-to-hand, face-to-face, working on sleds, working on starts, working on corners, working together. This sport is open to everyone, but it’s not for everyone. For those who do find it and enjoy it, it’s irreplaceable memories and time spent with your children and family.” 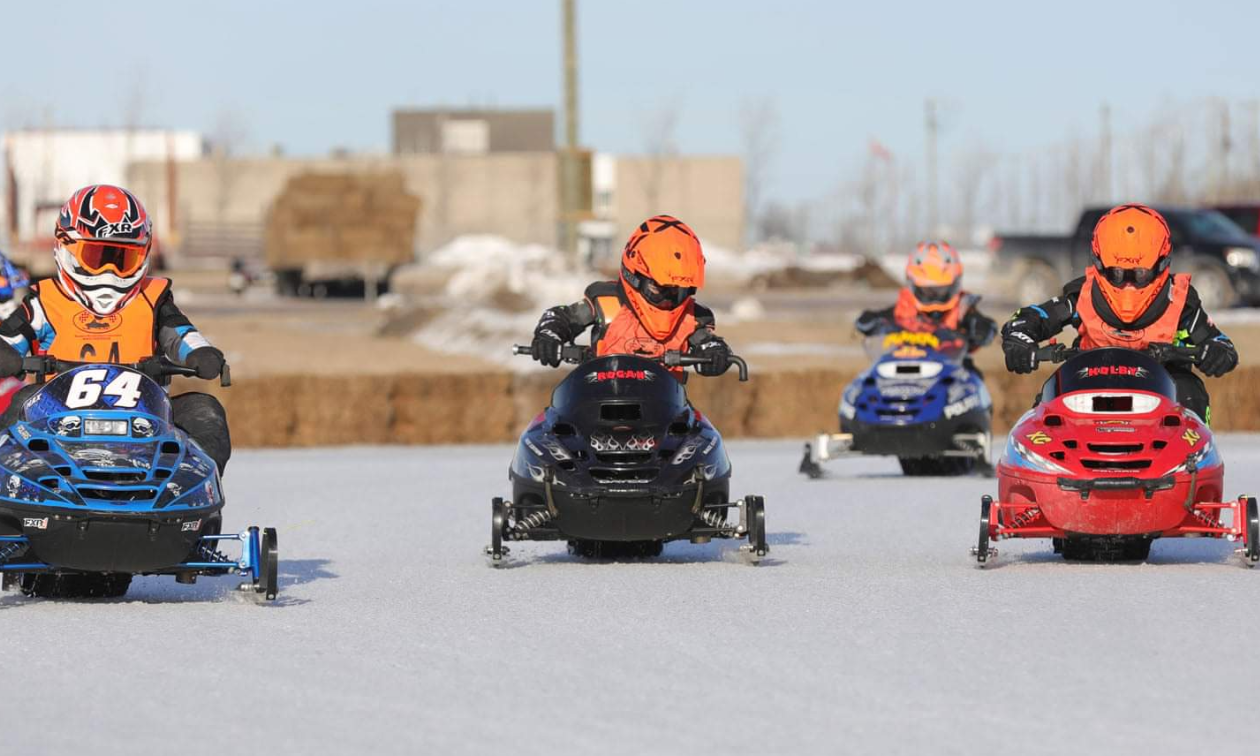 “To watch a four-to-14-year-old child get on a race sled and go anywhere from 20-50 miles-per-hour, ski-to-ski and bumper-to-bumper without touching is pretty mind-blowing.” — Tom Audette Photo courtesy Darryl Gershman Photography

What are the various race classes?

What is the race schedule for the upcoming season?

Test and tune days run throughout the year and are usually scheduled on short notice. 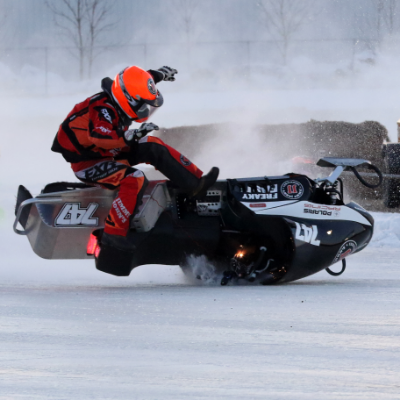 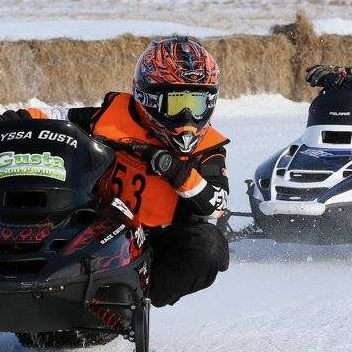 The next generation of snowmobile racers

MMSRA is the only mini snowmobile racing association in Canada and works to foster a love for the sport in young kids in Manitoba.