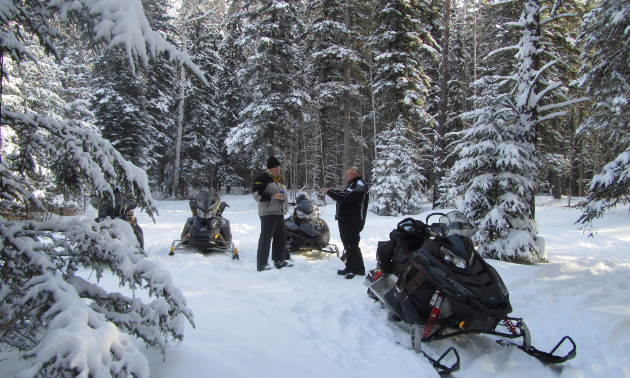 Dennis Irving, special projects, and Dave Bilsky, club president, checking out the trails before the annual club rally at the Junction off of the Trans Canada Snowmobile Trail to Grassy Lake and beyond. Photo courtesy Jean Bilsky

Born and raised in Athabasca, Alberta, Dave Bilsky has been snowmobiling for over 40 years. The sport wasn’t passed down to him by family or friends, but instead Bilsky started the snowmobiling tradition in his family, which has already gone through a couple of generations today.

“The very first time I ever snowmobiled, a cousin and I borrowed a sled from an old guy, a neighbour, and went for a ride. Believe it or not, we rode it about five miles and it broke down. Cost us a fortune to fix the thing up. I took a break and never snowmobiled for a few more years and then all of a sudden got into it and haven’t quit,” said Bilsky.

Bilsky was one of the founding members of the Athabasca River Runners Snowmobile Club and president for 15 years. He has been involved in trail building since day one and has long donated his time and equipment to groom the almost 300 kilometres of trails in the region. Now semi-retired from a long career in construction, Bilsky is able to spend long days putting thousands of kilometres on his sled every season.

His favourite trail in the area? Why it’s the Bilsky Loop, of course, which leaves right from his yard outside of Athabasca. You can ride it as a loop or use it to connect into the main trail system for a longer ride.

“We hop on the sleds, drive a hundred yards and we’re on the trail,” said Bilsky. “We always have lots of friends and people coming to the yard to unload a ride with us—everybody knows we are right on the trail.” 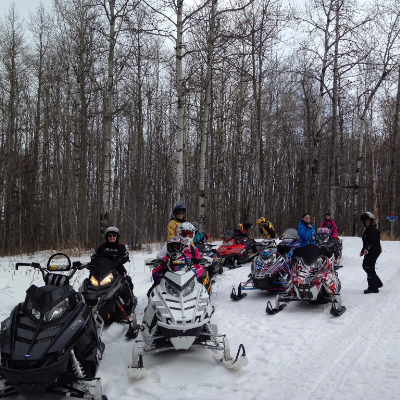 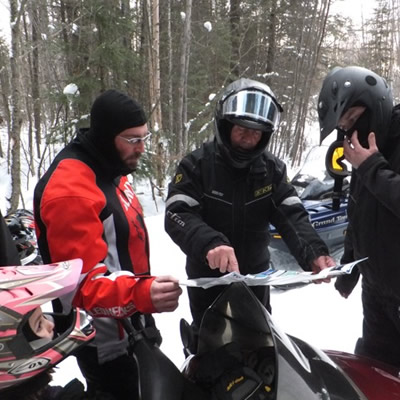 Backed by a core group of local snowmobile enthusiasts, the Athabasca River Runners are a strong club with plans for the future.