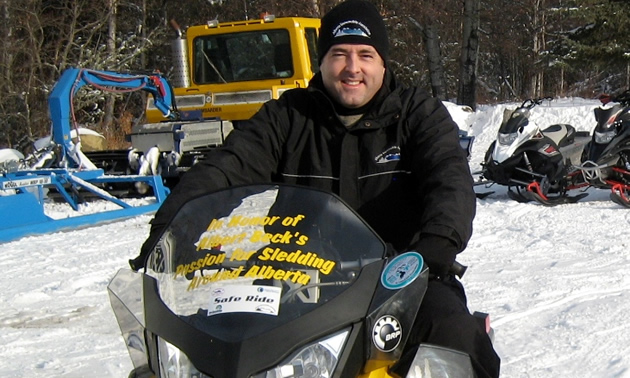 According to Chris Brookes, the executive director of the Alberta Snowmobile Association (ASA), the best thing about sledding in Alberta is the sledders themselves.

It is tough to say how many people in Alberta ride sleds. About 30,000 snowmobiles are currently registered in Alberta, but it is conservatively estimated that there is a total of 140,000 throughout the province. What the ASA does know for sure is that more than 5,000 kilometres of the snowmobile trails in Alberta are maintained by the ASA and the 35 snowmobile clubs that are associated with the association. Much of the trail system in Alberta, however, remains unprotected.

“In Alberta, there is no legislation to provide funding or protection to the trails that our volunteers build, maintain and groom," Brookes said. "It’s all on their own time and their own dime. We are unique compared to other provinces in that we do it all without taxpayers' dollars.”

The ASA is working towards positive change in that regard, though.

“We are working with the Province on a provincewide legislated trail pass program that would go a long way towards dedicated, sustainable funding for our provincial trail system,” said Brookes.

The ASA has worked closely with the Province on its Safe Riders program as well. Free to schools throughout Alberta, the Safe Riders program teaches the fundamentals of safe, all-season off-highway riding. Last year alone, the program reached more than 14,000 students in Alberta.

Brookes said the ASA also sponsors and collaborates with the Canadian Avalanche Centre (CAC) to get the CAC’s important message of avalanche awareness and other information on safe sledding out to as many snowmobilers in Alberta as possible.

It’s not all work and no play for members of the ASA though. The annual jamboree is a fun event that brings ASA club members together for a big ride as well as a banquet and social gathering. This year, the event is scheduled for February 15 in Myrnam, Alberta.

Then there is the ASA’s annual general meeting in April and the Alberta Snowmobile & Powersports Show in October. In 2012, there were more than 20,000 in attendance at the Alberta Snowmobile & Powersports Show, making it now the largest show in Western Canada; as well, it is tied for second largest in Canada with the Quebec City Motorized Recreational Sports Show.

What sledders can do

Snowmobile organizations like the ASA are always asking individuals to join a snowmobile club. This is one way that sledders can keep their trails open and promote sledding as a fun and safe form of recreation. And Brookes said there are other rewards as well.

“Clubs don’t just build trails, they ride them,” he said. “Many clubs have a strong social component, organizing trips to other clubs and areas, and (they) give you a base of friends to ride with.”

Formed in: 1971
President: Lyle Birnie
No. of clubs associated with the ASA: 35
More info: ASA website 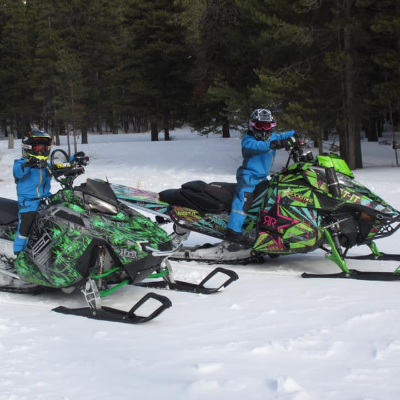 Kelsey Poelt, president of the Crow Snow Riders in Crowsnest Pass, Alberta, is passing on her passion for sledding to the next generation