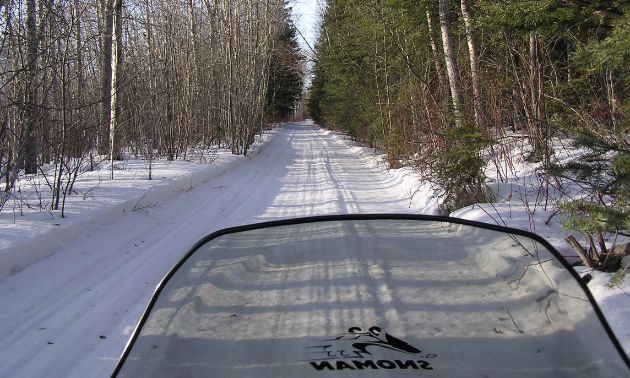 Rob Vipond rides a 2007 Arctic Cat Turbo 660 Touring. “It's a cushy sled,” he said. “For our type of riding, they fit the bill.” Photo courtesy Rob Vipond

Every now and then we get to reconnect with old friends whom we haven’t seen in years. Sometimes, fond memories come flooding back in a torrent of waves. Other times, it takes a little more effort to rekindle the friendship and remember classic stories that were created together. One thing is for sure though . . . if you want to build on the foundation that was laid years prior, you need to create new memories to add to the collection of the old ones.

For Rob Vipond, vice-president of the Kelsey Trail Sno Riders, and his wife, Shirley, nothing reinvigorates relationships like riding along ridges in The Pas, Manitoba.

“I enjoy taking people out,” Vipond said. “We took our friends, Dennis and Linda Bitten, with us. They moved away 20-some years ago and hadn't ridden a snowmobile for many years. We gave them one of our two sleds and we rode the other one. We toured around with them for a number of days. We certainly enjoyed reacquainting them with the trail system after an absence of many years. They were game to come up and do it again, to open up the window that had closed on them a number of years ago.”

The foursome enjoyed their best sledding day ever this past March while reconnecting with one another and the trails they grew up riding. 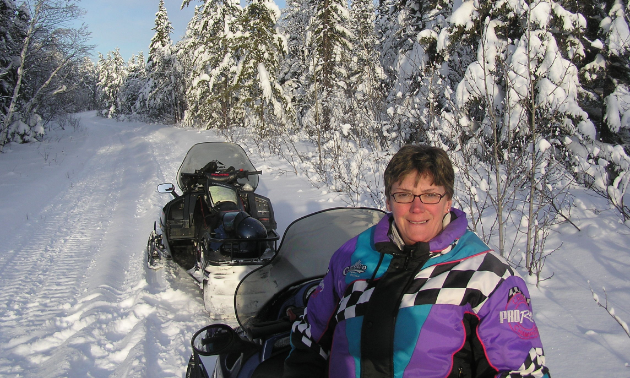 “That's always a good time to ride—when you have a lot of riders roaming around here,” said Vipond. “You get that spring warm weather, getting away from that really bitter cold. Because I'm retired, we can just go out and play and take advantage of those glorious late winter/early spring days. There's no stopping you. You don't get cold. Quite often you get warm.”

Age is just a number

Even though Vipond is 66, “on the inside I'm still in my 40s,” he said. “I started the club 100 years ago, ha ha. The old sleds we used to ride used to beat our bodies to death. Sometimes there's back pain and injuries that plague some people after a lifetime of craziness. I know Dennis's back is pretty delicate now but we rode these trails and his back was not bothering him. We're riding more carefully and riding nicer machines.”

In order to enjoy the changes that happen over time, it’s best to embrace them instead of oppose them.

“Many of the trails have changed,” said Vipond. “Things have rerouted. That trail system is more civilized than it was back in the day. The warm-up shelters were fewer and farther between. Machines were totally different then too. Now, 25 years later, we're not the same people we were. We're old and brittle but the machines are nice, soft and supple and the trails are really good. Fortunately in our advanced years, we can still go out and really enjoy riding. Much like motorcycling, the age of riders has certainly crept up. A lot of riders you see on the trails are the same guys I saw 20 years ago. They got a nicer riding sled and they go slower. They're directly involved in the creation and maintenance of these trails.”

Vipond is a lake dweller, residing north of The Pas. He and his entourage made their way through much of The Pas’s main Manitoba Snoman Trail No. 2. 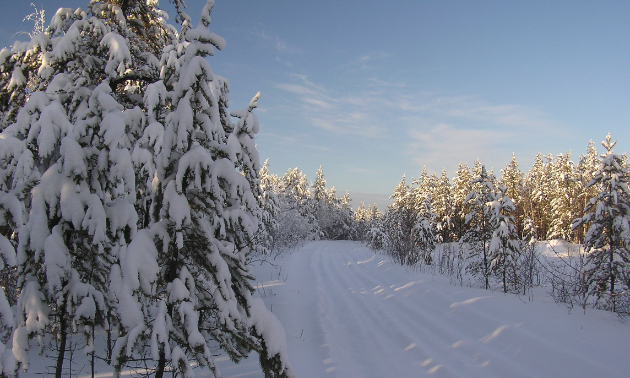 “It's a central hub here where I'm at,” he said. “We rode around Rocky Lake, Clearwater Park and south into town. It was logistically easy to do. It could've been 50 to 100 miles (80 to 160 kilometres). It was a nice day. You come home and feel hungry instead of achy and sore.”

The Pas is encapsulated mostly by boreal forest, which includes Jack pine, spruce and birch treed areas and legions of lakes.

“Trails are primarily in the bush so they're sheltered from the nasty wind,” Vipond said. “You cross a lake and pick up a trail on the other side. We got to play in the powder. You run on the north side of the lake and it can be glorious, soft powder riding for miles and miles. You can zigzag back and forth off the trail system.

“One of the trails we always enjoy runs along the edge of Root Lake. It winds uphill and downhill. It makes for a very nice, scenic winding trail. It's a hilly, windy bush trail. It's a nice trail. You don't even want to go fast through there. Just slow down. Take your time. Enjoy it.

“Interestingly, if you go out the south side of Rocky Lake, it’s like the Autobahn. You can see for miles and miles. It's super smooth. You can see for long distances. People tend to put the hammer down there. It's wide and visibility is unrestricted for quite a bit of that, so that's nice. If you want, you can pull off the trail in a lot of places and go as fast as you want to go in the powder.”

“Interestingly, if you go out the south side of Rocky Lake, it’s like the Autobahn,” said Rob Vipond. Photo courtesy Rob Vipond

As Vipond recalled his best day ever with his wife and friends, the passage of time and the way things change became most evident while resting at a familiar location.

“We went north to the Clearwater Shelter,” he said. “The new nice shelter is there and the old shelter is still there too. We're using it as a woodbox. We were laughing and joking about how back in the day, you'd snowmobile out there and spend the night in that old glorified woodbox. We spent the night there in our youth and enjoyed it.

“Now you've got a beautiful, warm shelter that looks like somebody's living room. It was a neat experience to relive that and see how things have progressed over time. You take a look in the mirror or the calendar and realize how long ago that was. Fortunately, we're all still pretty healthy and can do this and hopefully do it for a few more years.”

Trail name: Manitoba Snoman Trail No. 2
Difficulty level: Easy to moderate
Memorable quote: “Trails are primarily in the bush so they're sheltered from the nasty wind.” 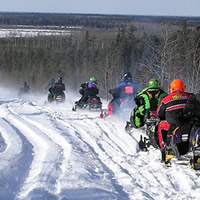 The Pas, MB Trip planner: What you need to know before snowmobiling in The Pas, MB

Trial maps, top snowmobile trails, club contacts and other useful information for planning a snowmobile trip to The Pas, MB 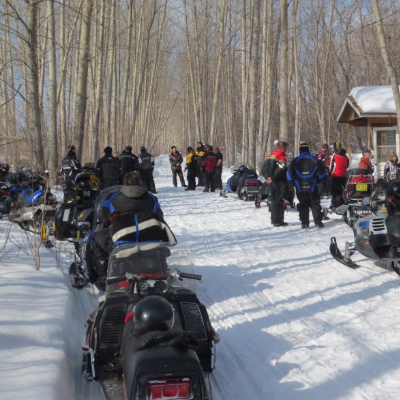 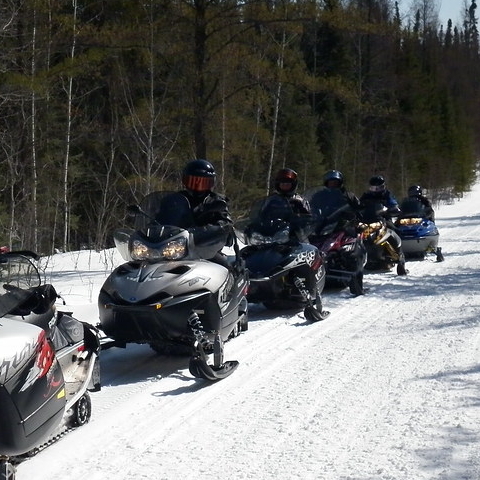 September 2019 by Danielle Cameron
>
View all The Pas articles