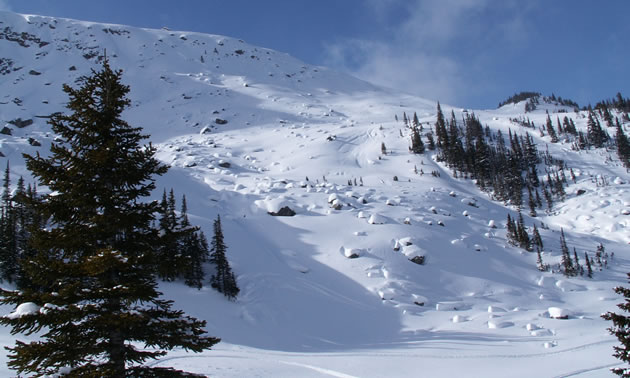 Depending on the ground cover, it can take a considerable amount of early-season snow to fully bury rocks, stumps, trees and brush. Sled damage and personal injuries are common when snow cover hazards like these are not buried with cohesive, well-settled snow. photo courtesy Lori Zacaruk

Before Christmas is an important time to pay attention to the mountain weather. Early-season snows at moderate temperatures create a great foundation. This type of snow sets up well and anchors the snowpack to the terrain. The problem is we can have seasons or regions of the country that may not get so lucky.

In locations with low volumes of early-season snow and/or cold temperatures, what little snow we do receive tends to morph and change into unstable crystal formations—like facets and depth hoar. These types of crystals are sugary and don’t bond well to the trees, rocks or the shape of the ground. Typically, the larger these crystals grow, the longer they take to stabilize.

In the short term, a faceted base can mean lots of trips to the dealer to buy parts for your machine! The lack of cohesion in the snow does not support us. Our tracks punch through the upper snow layers and we connect with stumps, rocks and other hazards, even though they appear buried and out of reach.

Watch for an underlying problem

Another problem develops when we have early-season rain at higher elevations, which takes what little snow we have and turns it into ice. Icy layers can persist in the pack for some time and can be tough to deal with. Unfortunately, an ice-crusted slope that does avalanche can reload the same slippery surface again.

Hills with poor foundations like these may avalanche when triggered by humans or a natural trigger—such as a big snowfall or wind event. Slopes that don’t slide slowly become less reactive as smaller storms continue to build and strengthen, creating a mid-pack that becomes strong enough to support future loads. In this situation, the upper layers act as a buffer, thus reducing the odds of us triggering the lower weak layers.

Early-season snow pits take no time to dig and a lot of information about the bonding between the layers can be discovered quickly. Since the snowpack can vary so much early in the season, it isn’t a bad idea to pull out a shovel or a probe and do some simple tests.

No matter what time of year, it pays to keep an eye on the slopes, and no matter what the volume of snow, it is always important to ride avalanche aware. Always check the Canadian Avalanche Centre’s Public Avalanche Forecasts. See what the structure looks like in the area that you plan to ride.

Take an Avalanche Skills (AST) Level 1 class to learn how to avoid obvious instability and learn how to use the Avaluator. Take an AST Level 2 course and learn how to make better field observations and choose safer routes. Above all, sled smart! 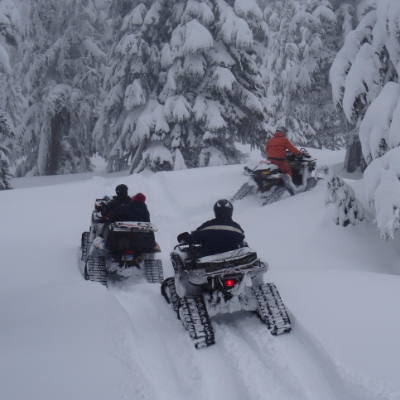 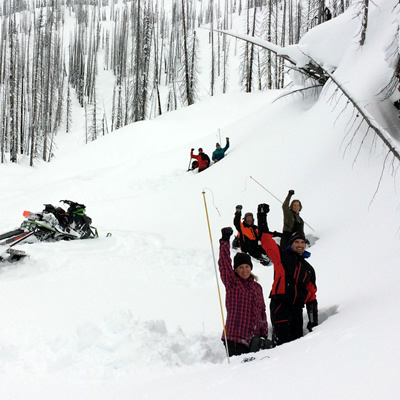 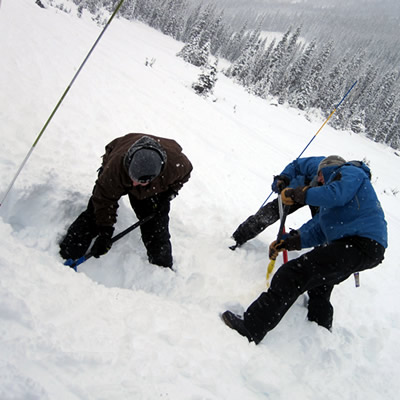