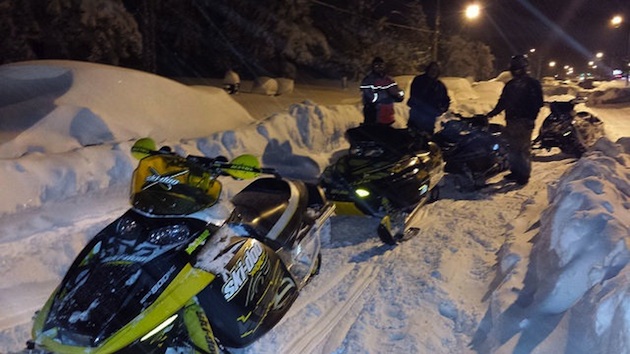 Snowmobilers delivered food and water to members of the Niagara University women's basketball team, who were stranded on a bus for more than 26 hours. photo courtesy of Shawnee Sno-Chiefs snowmobile club.

Recent events in Buffalo, New York, brought to light just how valuable snowmobilers can be in the face of disaster.

On Tuesday, November 18 the snow began to fall, a jaw-dropping four feet that day, and by Thursday, November 20 there were nearly eight feet of snow on the ground —stranding residents and crippling the city of Buffalo and surrounding areas.

Gary Broderick had exactly the network needed to reach out and lend a hand in the face of disaster. This volunteer is past president of the New York State Snowmobile Association, vice president of the Shawnee Sno-Chiefs snowmobile club, Niagara County district director to the New York State Snowmobile Association, chair of the northeast chapter of the International Snowmobile Congress and snowmobile trail coordinator for Niagara County. After receiving a call from an emergency response manager, Broderick posted a message on Facebook and got a quick response.

“Snowmobilers were responsible for evacuating residents and in one situation elderly residents of a nursing home just before the roof collapsed,” Broderick said. “This is our community, our people and our neighbours. We knew we could help, so that is exactly what we did.”

With such an enormous amount of snow, the city was essentially shut down. Crews were trying to keep major roadways open and were unable to clear secondary roadways and side streets. These unplowed roads were reduced to a narrow walking path, which meant the only access to many homes was by snow machine or ATV. Snowmobilers delivered medication, medical services, food and other aid. The Shawnee Sno-Chiefs BR 180 grooming machine busted through drifts and snow banks so medical personnel and firemen could get in. Snowmobilers were able to assist everyone from nurses to an animal rescue society.

“The essential medical service providers had to prioritize efforts,” Broderick said. “We were able to not only facilitate essential services, but other calls for help that may not have been deemed an emergency.”

This was the case for a woman who got word that her mother was soon to pass away in a nursing home. She desperately wanted to reach her and was transported by snowmobile to the home.

“I am proud to be a snowmobiler,” Broderick said after the storm. “This is who we are.” 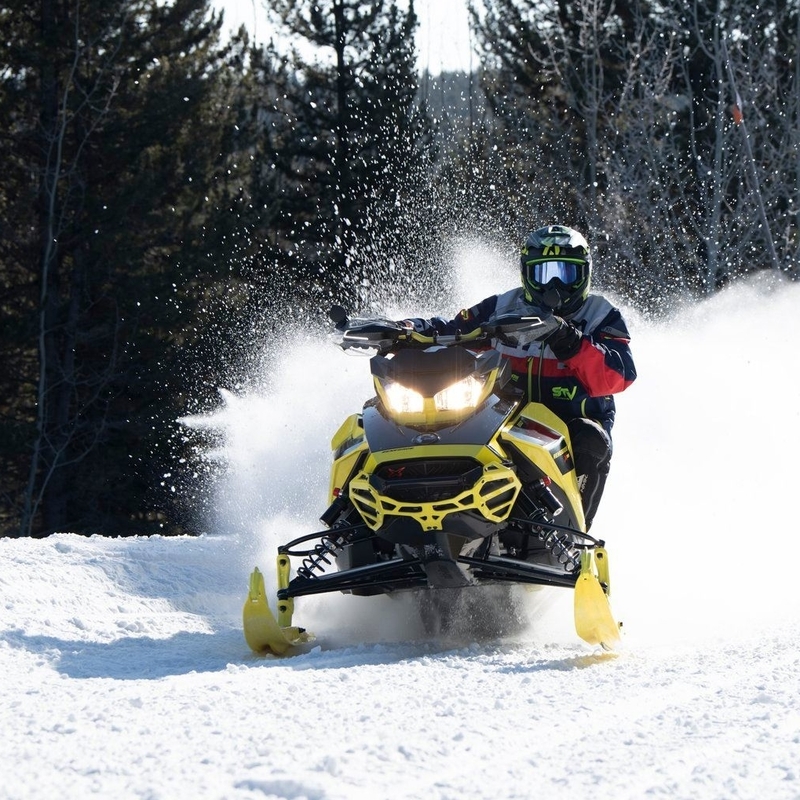