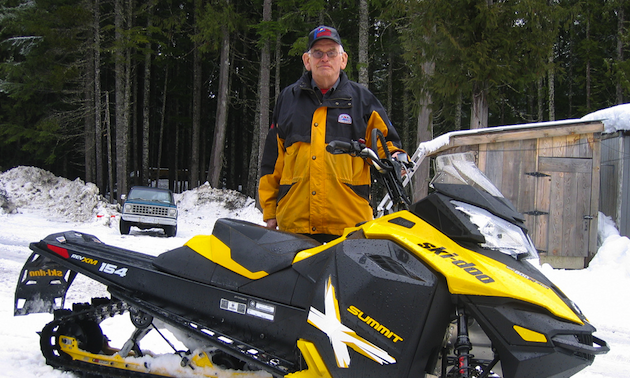 Nelson Bastien has carved his name into B.C. snowmobiling, having helped secure a crucial land use agreement for Whistler’s Brandywine Snowmobile Trail and serving an epic presidency of Whistler Powder Mountain Snowmobile Club. But after all the papers are signed and the snow settles, even at age 75 it’s the need for speed that keeps Bastien moving. Photo courtesy Nelson Bastien

Nelson Bastien was a Whistler weekender between 1977 and 1987 before he took the plunge into living full time just south of the infamous ski village. Over the decade he’d ridden all over the province on his own and as a member of the Langley Snow Seekers, but Whistler kept calling.

“We have the best groomed trails and definitely the best parking lot in all of Canada,” said Bastien, who twisted a lot of government arms to have the 600-car lot donated to the club after the 2010 Olympics.

Since he first jumped on the BC Hydro dam keeper’s sled in 1977 “just to see what it was like” Bastien has spent countless hours as a dedicated volunteer in snowmobiling and other capacities. He’s been president of the Whistler club for a decade and secretary/treasurer of the BC Snowmobile Federation for the past two.

Previously, Bastien was a volunteer board member of the Surrey Credit Union for 16 years and the chairperson for seven. He was also a volunteer fire chief for 33 years. His commitment to the snowmobiling earned him last year’s Governor General Diamond Jubilee Award, the Pat Whiteway Ambassador to Snowmobiling Memorial Award and Snowmobiler of the Year from the BC Snowmobile Federation.

“I would say I am a born volunteer, but my wife always called me one of those people who never seem to learn,” he said with a laugh. “I don’t know what motivates me to help others except the success and that I know I am fighting for the rights of snowmobilers. If it were up to some people, they’d have us limited to riding the side of the highway.”

One of Bastien’s biggest contributions to snowmobiling in B.C. was dedicating a Saturday a month for two years haggling with the province and other recreational use groups to resolve the issue of land use on the corridor between Pemberton and Vancouver. The meetings resulted in a two-year recreational study and an agreement followed.

The club grooms about 20 kilometres of trails in the Whistler area between Pemberton and Squamish, part of a 50-kilometre trail system that leads into the alpine and beyond to glacier country from the parking lot just south of Whistler.

“You can be above the trees in 20 minutes,” said Bastien. “From there it opens up into the back country and it’s endless.”

The Whistler Powder Mountain Snowmobile Club has about 230 members locally and from the Lower Mainland, much to the chagrin of skiers who tend to like their adventures on the quieter side, he said. Ironically, the love of other outdoor sports has drawn many a sledder to the club.

“At least 50 per cent of our membership is made up of sno-mo-boarders—skiers and snowboarders who don’t like the mountain because it’s too busy,” said Bastien. “It isn’t unusual to see two on a sled carrying snowboards heading to the back country to take one another up the hill, looking for peace and quiet.”

These days Bastien spends about four hours a day at the trail collecting fees and making sure the trails stay up to the government’s expectations for signage and grooming, but it’s as much the love of sledding that keeps him hitting the trails.

“Regardless of age, you know how young men love the rush and the power of going fast? Well now you’re putting that machine in the snow and you don’t have the police telling you how fast you can go,” he said. “I get up and ride across the glaciers and can see for 30 miles. It’s the greatest feeling in the world to fly across the tops of mountains.”

Once he’s moved out of the presidency, Bastien will take his adventurous spirit south to ride the sand dunes of Washington, Oregon and Utah. “A lot of my friends have gone on to those places so I’m going to join them to do some of that stuff now,” he said. “That way I can still get my adrenaline rush.” 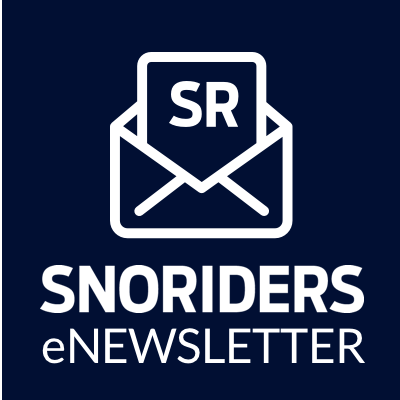