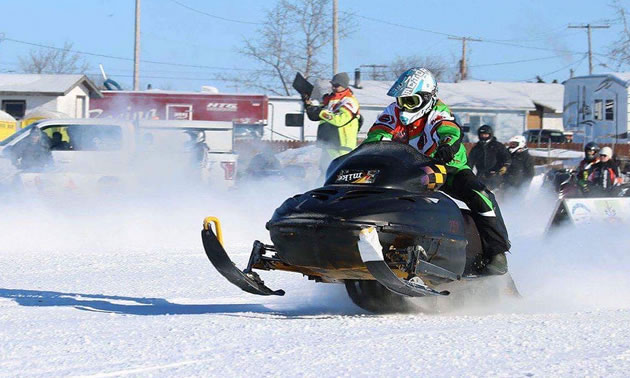 Together, Sheldon McCallum and Lesley Petit have been snowmobiling for over 30 years. These long-time friends don’t just ride for fun, but race under the team name of Lil Devil’s Racing. McCallum started racing six years ago. He rides a 1998 670 Improve MXZ. Petit started racing five years ago and is now riding a 2015 Renegade Backcountry 800.

Racers are classified based on age, but more importantly weight and experience. Each rider is weighed with their sled when they arrive at the track for the day. Experienced riders run their sprints in six seconds on a four-lane track. “We’re in a higher range right now,” McCallum said about their average times. “We are trying to improve.”

The SSRA hosts races throughout Western Canada over the course of a winter. The Lil Devil’s team tries to attend as many races as they can each season, sometimes weather depending. “We’ve competed in the SSRA race for a few races,” Petit said. “The last one was frigid. Everything was freezing up, so we had to bail on the race.” Luckily, the SSRA allows drop-in registration on race days, although Petit and McCallum prefer to pre-register a few weeks in advance.

The Lil Devil’s race for the people involved in the sport and “the thrill of the throttle,” said Petit. “They’re an awesome group of people.” Their competitors typically share similar values. “They’re all in racing for the fun of it. We don’t make a ton of money racing. We actually spend more than we make—that’s for sure. It’s the joy of it!” Petit said.

Although they race for fun, the Lil Devil’s team is proud when they win against racers who have been a part of the sport for much longer than they have. Petit and McCallum say it doesn’t happen often, but it keeps them going. This year, their main goal is to win a jacket. To win a jacket, they need to acquire the most points from races throughout the season. 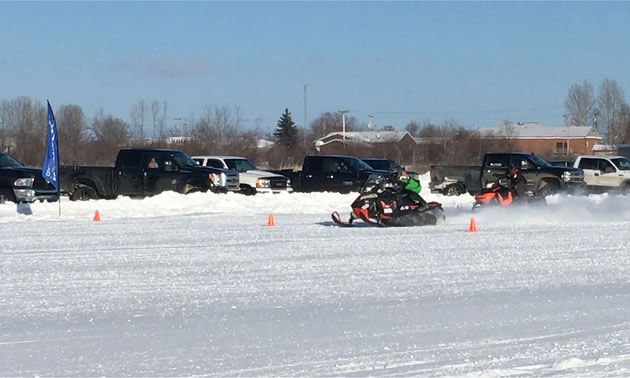 Petit and McCallum don’t spend much time training for races: “We just go on a whim! We try to tune our sleds as fast as we can and try our luck,” said Petit. They do, however, both ride religiously in their area. The hours they spend riding each week is training enough.

Petit rides literally every day. “My Ski-Doo is my daily commuter,” he said. “My wife takes her truck to work, and I take the Ski-Doo. We just got a few feet of snow out here, so it’s great.” McCallum gets out on weekends with Petit and both their families.

Their hometown of Buffalo Narrows, Saskatchewan, has lots of lakes and forests to explore. Their favourite spot is the sand dunes on Big Buffalo Beach on the shore of Big Peter Pond Lake. “We race quite often, so we try to find the hills and see what kind of trouble a guy can get into,” Petit said. “And we have miles of lakes here, so we usually take our Ski-Doos out ice fishing.”

Try your hand on the track

For first timers hoping to get into the sport, Petit and McCallum have a bit of advice. While learning how to equip your sled to race was a bit of a learning curve, and the speed of long-time riders can be intimidating, they still encourage others to jump in. “The advice I have for first timers is that if you are beat by guys who have been racing for a long time, don’t feel bad about it,” said McCallum. “Don’t take it so seriously! It’s all about fun,” added Petit. 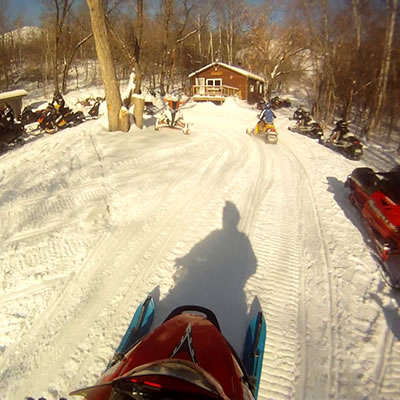 The Calling Lakes Cruisers look after 293.5 kilometres of trails around Fort Qu’Appelle, Saskatchewan. 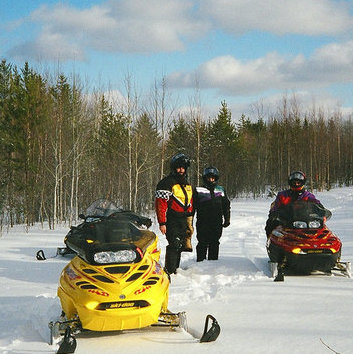 This dedicated club maintains the trails in Saskatchewan's Lakeland district