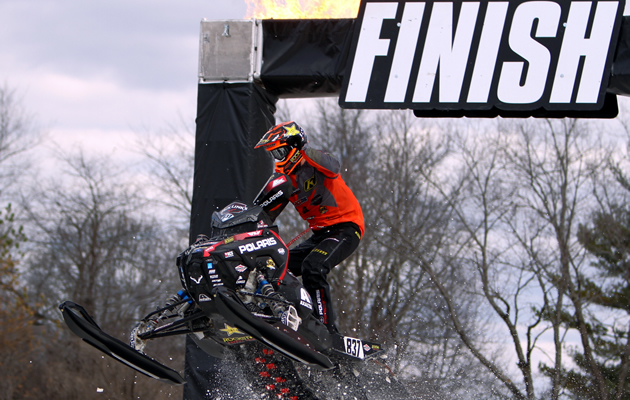 Every year, the ISOC Championship Snocross series has to come to an end, and it terminates its series in Lake Geneva, Wisconsin. For many years, the series has ended its season at the Grand Geneva Resort atop the Mountain Top ski hill, which is MASSIVE. Thousands of spectators come out to watch their favourite racers every year at this venue; it is definitely one of the largest, if not the largest in the circuit.

This year, the grand finale took place March 18 to 20, 2016. Friday’s racing action was slightly different than the typical show that is put on. There were a few showdown races, while some classes that normally race on Friday night shows, did not. One huge change in the Pro Open class was an addition to the lineup: Tyler Adams No. 705 of Christian Brothers Racing decided to join Pro Open for the evening, and also made a reappearance on Sunday. 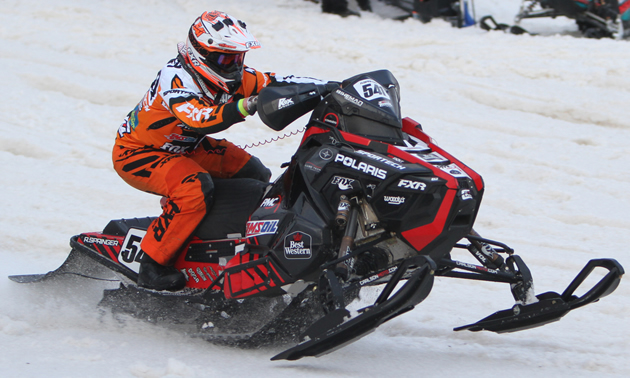 Throughout the season, Adams raced in the Pro Lite class. The main difference between these two classes is the sled: in Pro Open, the regulations are more open, allowing the teams to modify the exhaust, cylinder heads and other changes, whereas all other classes are required to run a stock sled. Adams made it into the final and finished in 13th out of 15 racers.

Petter Narsa, No. 54, of Hentges Racing took the first-place position, followed by Lincoln Lemieux, No. 13, of Amsoil/Air Force/Rockstar in second place, and Tucker Hibbert, No. 68, of Monster Energy/Arctic Cat/Ram Trucks in third place. Hibbert was also crowned the champion of the year at this point. 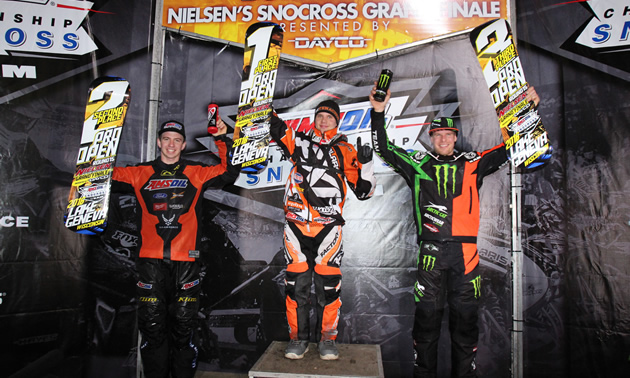 Saturday had plenty more racing action throughout the day and contained a widespread lineup ranging from the six-year-old kids on the 120 sleds all the way up to the Pro Open riders on their mod sleds.

The turnout was insane—throughout the day all of the bleachers were packed with fans, and many decided to stand along the fence. Additionally, with the purchase of a pit pass, spectators were able to stand in an enclosed section in the centre of the track, which was a nice experience for the people who participated. 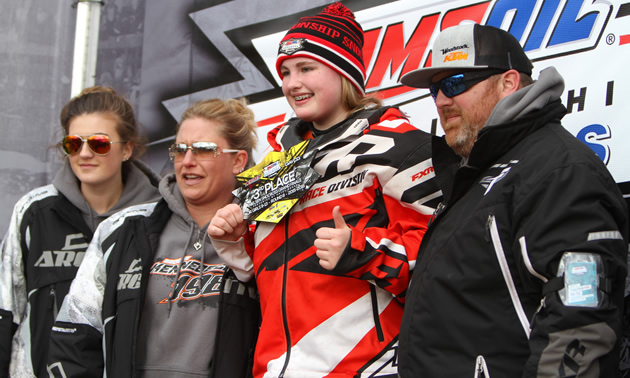 Brooke Kennebeck from Marengo, Illinois, in the Junior Girls 9-13 class takes home her first podium position at a National Event on Saturday afternoon. She was very happy. Austin Calderone photo

Saturday had the nicest weather from the weekend with blue skies and higher temperatures up in the mid-40s. The crowd was just as packed as it was on Saturday. In the Sport final, Nick Lorenz took first place, also crowning him the Sport class Champion for the season. Elias Ishoel took first place in the Pro Lite class, crowning him the Champion of Pro Lite. Ross “The Boss” Martin finished in first place during the Pro Open final after leading the entire race (besides some small battles with Kyle Pallin).

This was a huge win for Martin since it was right in his hometown, and Tucker Hibbert, the Pro Open Class Champion, finished in last place due to a crash in the first lap. 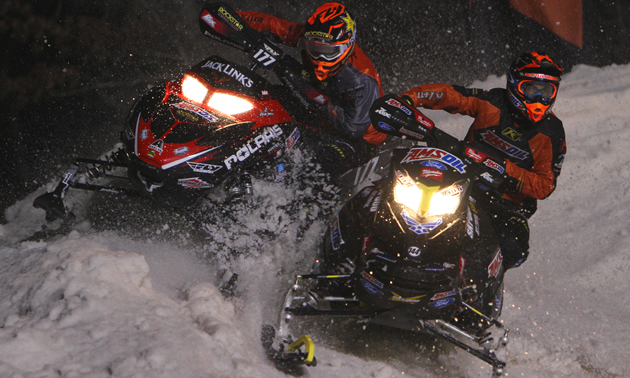 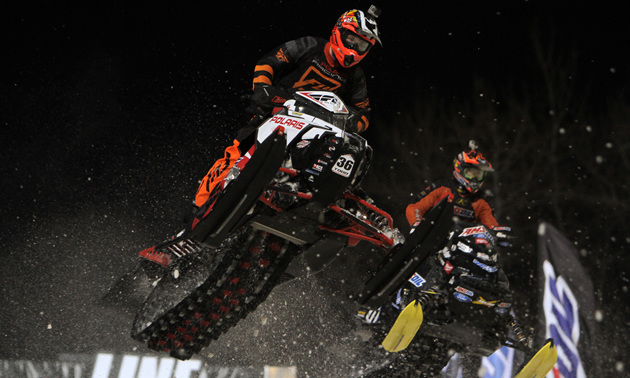 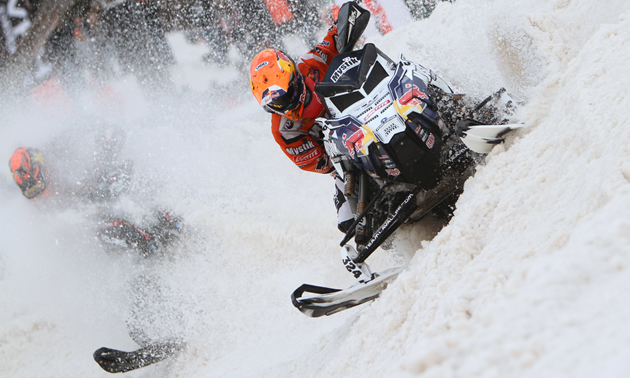 Kyle Pallin of Mystik, Loctite, Polaris, Red Bull, No. 324, roosting Ross Martin, No. 837, of Judnick Motorsports during the final. This was one moment where Martin was not leading in the final. Martin finished in first place. Austin Calderone photo

Every year, the Grand Finale race held at the Grand Geneva Resort in Lake Geneva, Wisconsin, attracts thousands of racers and spectators from the Midwest. The weather is usually unseasonably warm during this weekend and it is the last race of the year, giving people a reason to come out. Additionally, it is the favourite course of most of the riders since it is massive, and is built on a steep ski slope. 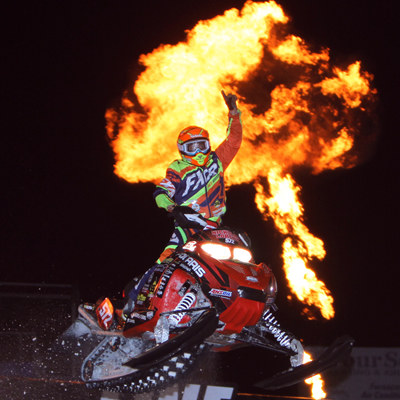 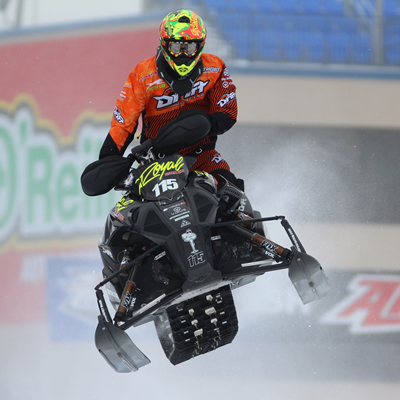 February 2016 by Austin Calderone
>
View all On Track articles