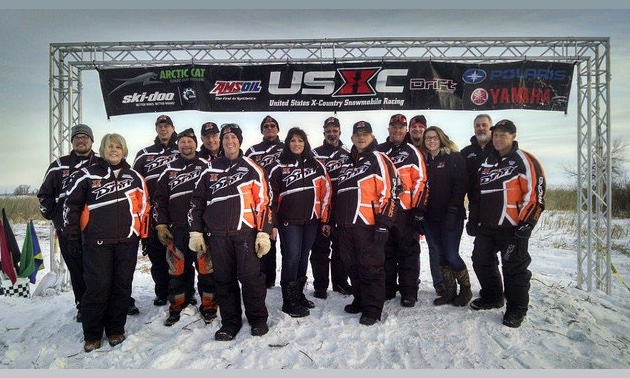 The Seven Clans Winnipeg to Willmar I-500 cross-country race is one of the most anticipated events of U.S. Cross-Country Racing (USXC), according to owner operator Brian Nelson. Nelson himself is a two-time champion and knows how grueling and challenging this four-day 650-mile event can be. The terrain is a combination of ditch banging and woods, river and lake riding with four stops along the way.

The Manitoba to Minnesota race takes place February 10 to 13, 2016. Classes include the I-500 class for experienced racers, over 40, over 50 and women’s as well as a sportsman class for amateur racers who want to get out and experience what the I-500 is all about.

Brian Nelson is the owner operator of USXC racing and a two-time I-500 champion. Photo courtesy Brian Nelson

“This is a bucket-list kind of experience for many riders, which is why we have the sportsman category," said Nelson. "It gives riders a real sense of accomplishment.”

The first-ever I-500 race was in 1966 associated with the St. Paul Winter Carnival. Nelson and his USXC racing took over the I-500 race in 2012 when the previous owner passed away. Nelson continued the race, attracting competitors from all over North America. Most riders who compete in the I-500 come from Minnesota with others coming from Manitoba, Ontario, Quebec, California, the Dakotas, Alaska and Maine. 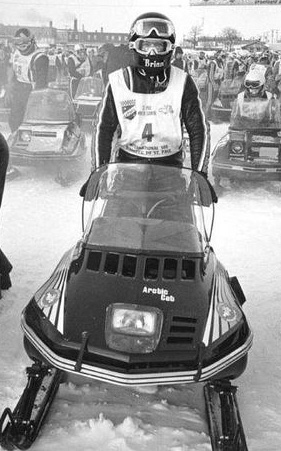 The terrain variability can wreak havoc with snowmobiles. Suspensions are hit the hardest with many pit crews scrambling to swap out shocks, A arms and other parts at the allotted repair time along the way. It is common for riders to tweak rails  after a hard landing. Day 1 finds riders with a one-hour shop time allotted in Thief River, as does Day 3 in Alexandria, helping to keep the riders in the race.

The competitors face their own challenges along the way. Exposure to the elements and the likelihood they will experience extreme temperatures have racers preparing for the cold. Fatigue and body strain will be experienced as racers cope with the rough and challenging course.

Dealing with flat light can be a problem for visibility, especially at the high speeds racers push themselves to, resulting in many wrecks along the way. “Quite often we’ll see riders wreck when they approach a ditch at a high rate of speed, not knowing what they’ll end up with on the other side,” said Nelson.

The racers start one minute apart in flights of six separated by class, giving each a fair shake at the course. Racers never see the same terrain twice as they would with loop races. This adds to the excitement and challenge, which makes the I-500 race so unique. Occasionally as in 2015, the route of the course may vary based upon snow conditions, but the start and destination remain the same.

The I-500 is sponsored and supported by all four snowmobile manufacturers as well as key sponsor Seven Clans Casino. “With the support of our sponsors, especially the Seven Clans Casino this race is possible," Nelson said. "It feels great to have such key support for our race and racers.”

For a complete list of all the sponsors and supporters of the Seven Clans Winnipeg to Willmar I-500, visit https://usxcracing.com/main/index.php/sponsors/sponsors

Racers can register online. For more information on the Seven Clans Winnipeg to Willmar I-500 or to register, visit https://usxcracing.com/main/