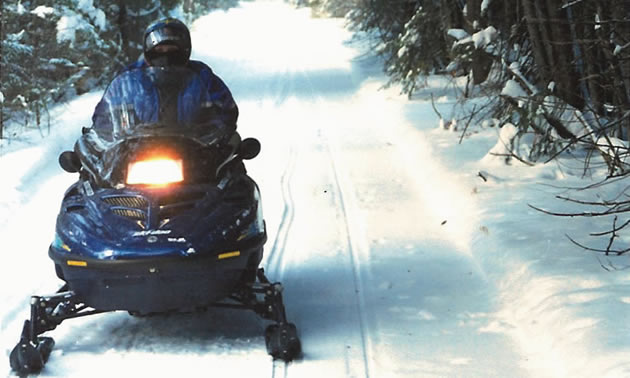 The trails around Lake of the Woods are filled with wildlife and woodland scenery. Photo courtesy Randy Orton

Carter Hontvet is president of the local Lake of the Woods Drifters club. He often takes new and visiting sledders out and gets them hooked on the fabulous local terrain that he takes great pride in.

“I think the best-kept secret in the state of Minnesota is the nice trails up here and how good they are,” he said.

Hontvet even bought his wife Becky a sled for their 30th anniversary. She said she was willing to ride provided they did not go above 40 miles per hour.

“I said, ‘That’s fine, you just go the speed you’re comfortable with because if . . . you get scared at some point you’re not going to want to do it,’” he said. “The next day I went to have coffee at the farm shop and I saw the guys—I said, ‘Guys, there’s trees in the forest, I saw them yesterday!’ Because usually when you go with guys it’s much faster. Right now I prefer to ride with my wife than a bunch of young renegades.”

View all Lake of the Woods articles