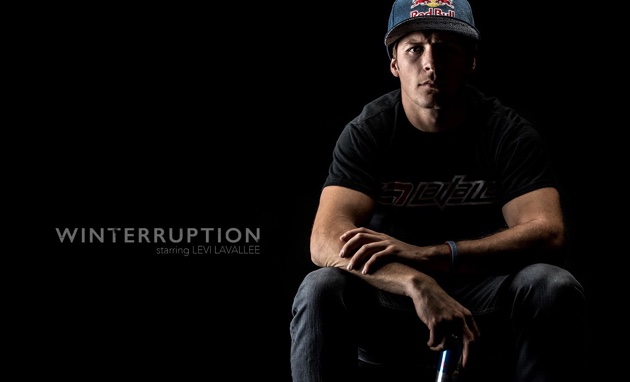 Levi LaVallee decided to go for an adventure with his friends to Cooke City, Montana, in the spring of 2015.

He didn’t really have plans on starting a web series—but inspiration hit.

LaVallee knew something was missing in his life. The elements of play and fun had somehow gotten lost along the way as he spent hours each day for 15 years training for competitions such as X Games and Snocross races.

In the first episode of his web series, Winterruption, you’ll see the human side of LaVallee filled with a rekindled love for snowmobiling. You will see LaVallee not as the super-human sledder who executed the first double backflip, but the rider filled with excitement and genuine love of the sport.

Levi simply lets 'er rip in the mountains of Montana.

The human side of LaVallee also has the same apprehension and respect for the sheer power of the winter backcountry many riders carry with them each time they are out. He speaks of unsettled feelings that arise from riding an area in Cooke City he’d never been to and how he reached out to long-time friend Sam Rogers who grew up in Cooke City to show them the way.

“We needed someone with us to show us around and keep us safe," said LaVallee. "Sam knew the area like the back of his hand. This is something all riders should consider when riding new terrain. Go with someone who knows (the area) or hire a guide.”

Rogers was more than happy to go riding with his X-games comrade. It was refreshing and reinvigorating for them to simply get out and enjoy the day with no pressures or expectations from others. Riding for fun—what a concept! There was no competition or performance; it was for the sheer joy of the sport.

“It was awesome getting out with Levi and showing him the areas I grew up riding," said Rogers. "We had a blast and spend the entire time just having fun finding new jumps and lines to hit.”

Under the creative direction of Joe Weigele, expect to see two more webisodes this season with a variety of terrain choices including mountain free ride, East Coast riding, ditch banging and more.